Emily and I were back in LA after returning from Alaska, and we had two days before I flew off to Peru, we we decided to go back to Tahquitz Rock! Fernando would join us for the second day when we did the Long Route, for for the first day, Emily and I climbed The Coffin Nail, which was a 3 pitch route on the far right side of the formation just before the famous Open Book. It was a busy day, and after I finished leading the second pitch, which was lots of tough cracks, I was forced to wait just below the large belay ledge since there were already 5 people there! I anchored in to the small overhang just below the ledge and belayed Emily up, then by the time I was ready to start the third pitch, I was able to pass by the others. We topped out, and descended via the slabs to get back to the west side instead of descending the gully which takes you back down to the base of the north side. 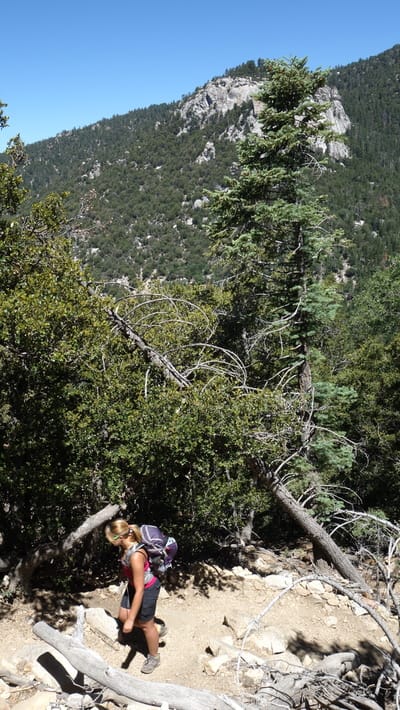 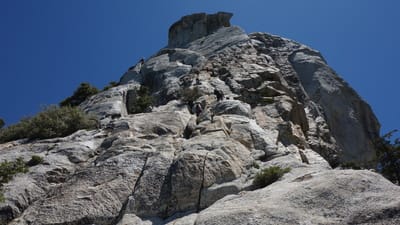 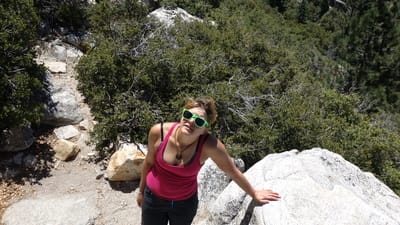 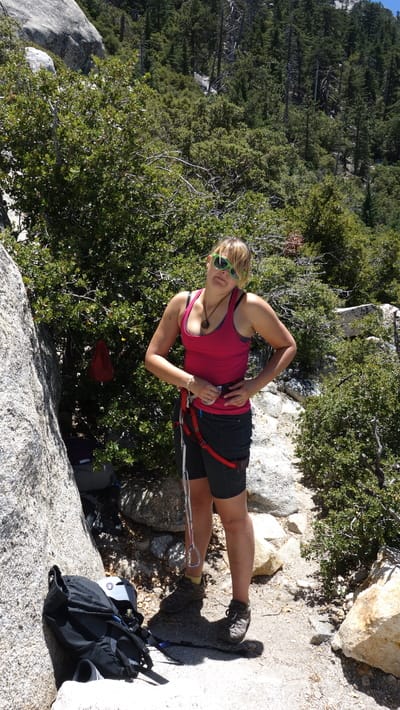 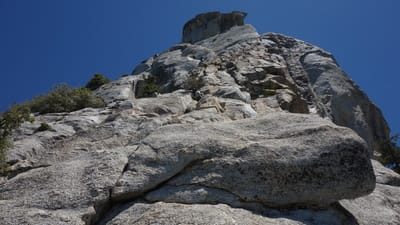 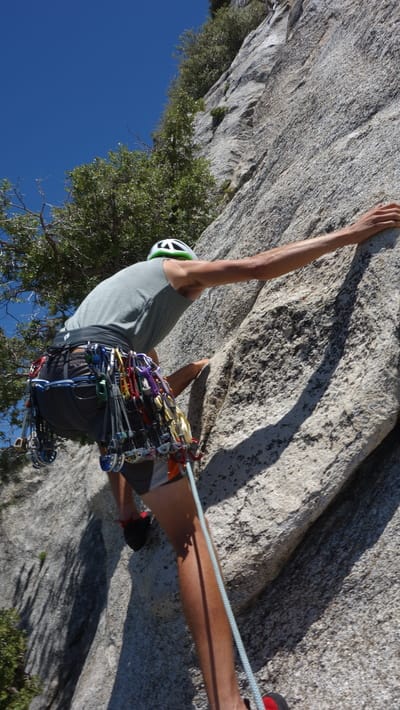 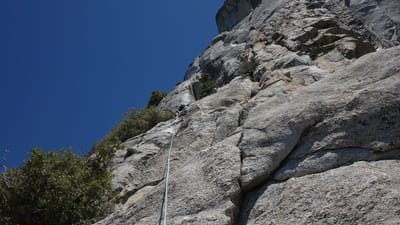 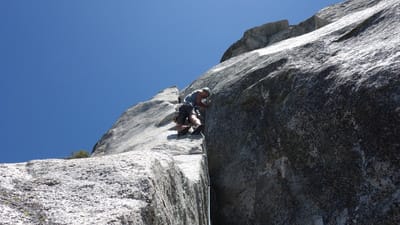 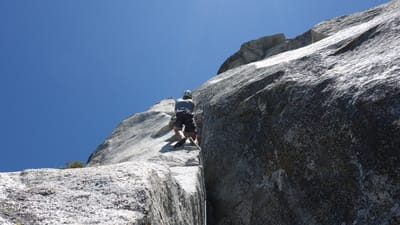 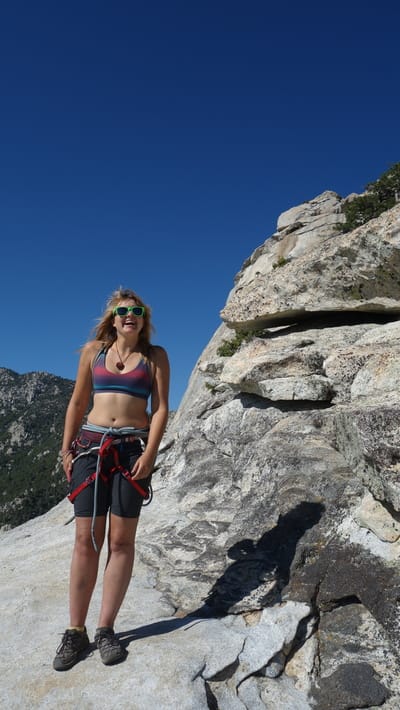 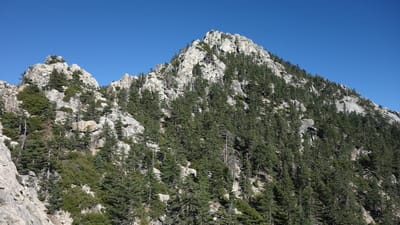 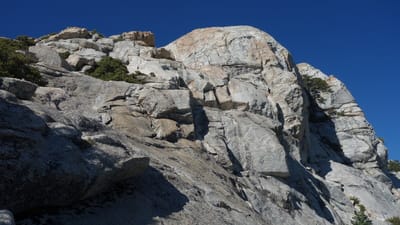 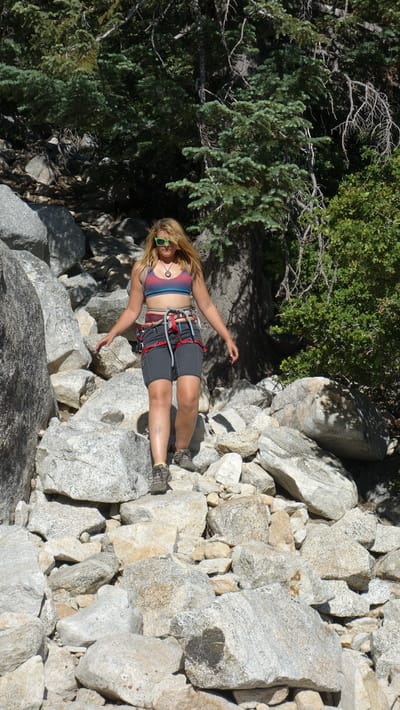 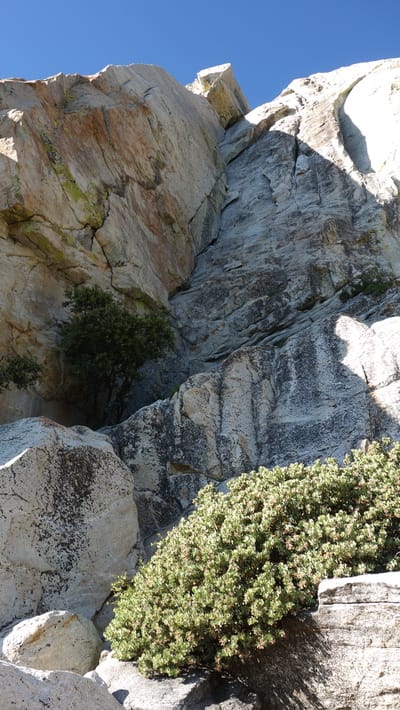 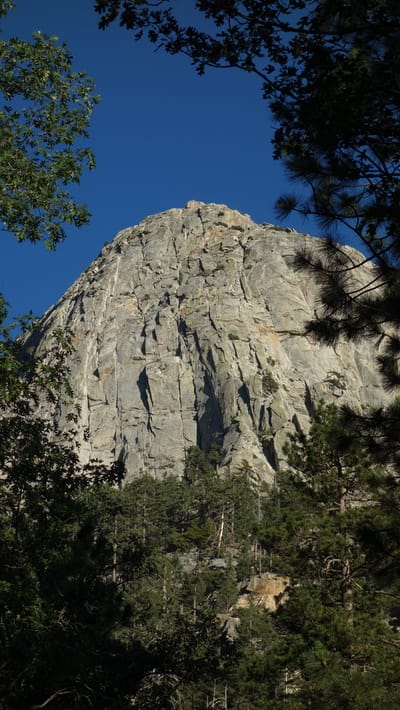 This route lives up to its name, and really is quite long! Fernando joined us for this climb and we climbed as a team of three with two ropes. We started on the Wong crack variation just to the left of the original chimney crack start, and I led almost every pitch, except for a section on the second to last pitch that was very thin that Fernando managed to make it up. The cracks on the first three pitches were incredible, with my favorite being the second pitch, aka the Mummy crack. Being on the shady north side was a great way to escape the heat. We topped out as the sun was setting and didn't hesitate to get back down the trail since I didn't have a headlight. I had to try and remember where we stashed extra gear, and I went on a hunting mission for it in the dark as we were hiking down and luckily I found it!

This route is probably one of the best, and longest routes at Tahquitz Rock, and offers a little surprise shortly below the top that I thought was definitely a little bit of 5.9 PG. I unfortunately forgot my camera on this climb so didn't get many photos of the climb. 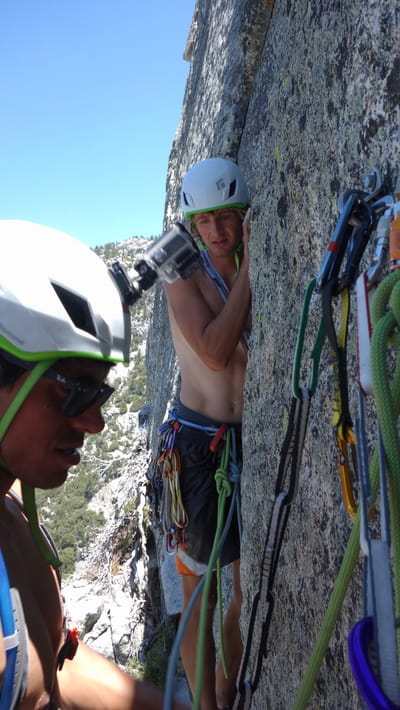 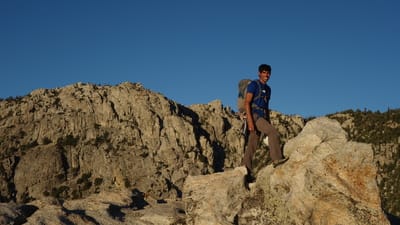 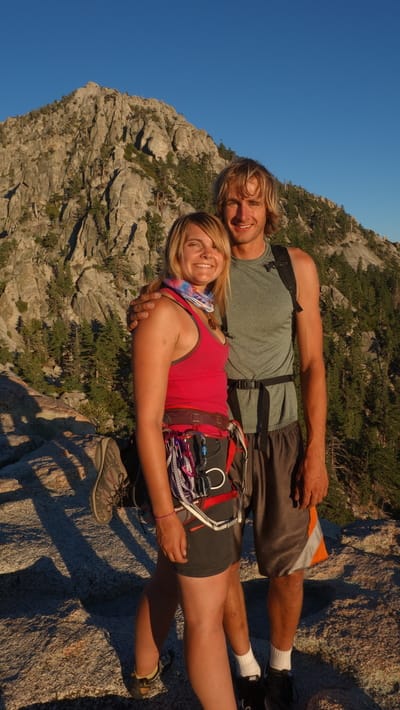 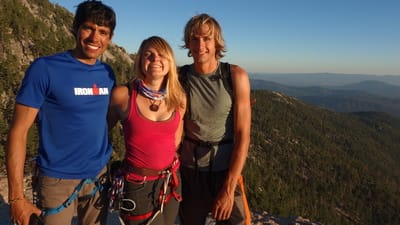 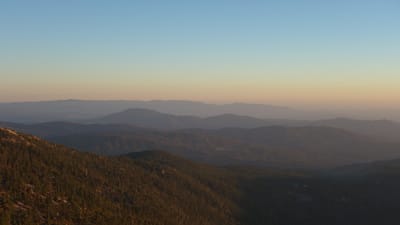 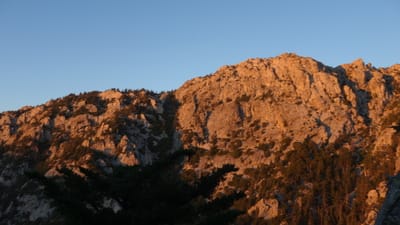 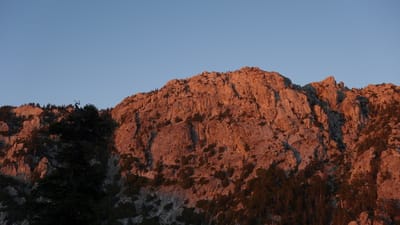 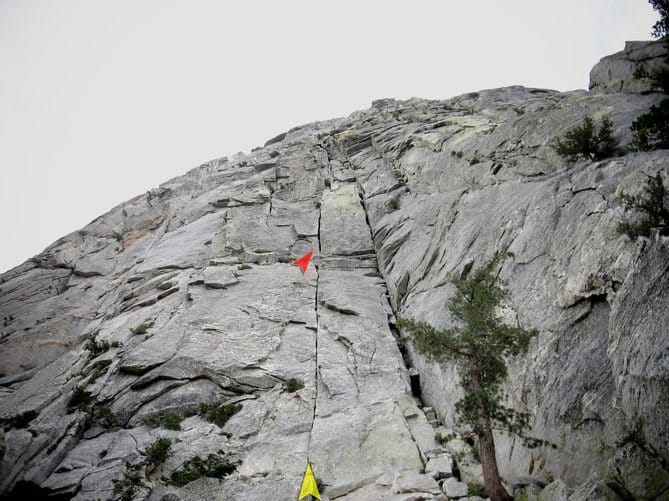 Start of the Long Climb with the Wong crack variation we did pointed with the yellow arrow.