After my Little Tahoma climb, I decided to fly down to Los Angeles at the last minute to go to my cousins wedding, who was getting married in the area. I rented a car and the day after the wedding (which was very nice to see some family I hadn't seen in years), I drove out to Tahquitz Rock in the San Jacinto Mountans to meet up with a couple guys and climb a classic 5.9 route on the historic rock, where the YDS system of grading route difficulty was created. I was a little late getting to the trailhead, which was very crowded, but I managed to find my climbing partners. They were very nice to let me join them, and we hiked up towards the base of the rock face. Unfortunately, we culdn't find the actual trail, and I just followed as they started going straight up through the trees, amist the thick duff that had become very loose due to the fires from the previous summer.

Eventually we made it up to the base of the route, and located the slabby first pitch. We decided to skip this and climb cracks and flakes just to the right which I led, and ran out the rope combining the first two pitches into one. We then swapped leads between the three of us over the course of the five pitches, with one of us getting just one, which was also the best pitch (3rd).

I led our 4th pitch which was a little tough for me considering I was wearing cheap gym shoes not meant for cracks, but I thrashed up to a nice but small ledge just below the final overhang on the route, which turns into easy 5th and 4th class just beyond. I was really enjoying the climb and when we reached the summit the clouds that had rolled in parted and we were treated to a beautiful afternoon view, with awesome lighting. This was my first time standing atop Tahquitz Rock, and I knew it wouldn't be my last.

We scrambled down the backside of the tower and down the talus strewn gully which curved back around to the base, and got back to the trailhead with plenty of daylight to spare, and went into Idyllwild for a nice pizza dinner. As we parted ways, I went down the road to look for a place to camp for the night, as my rental car wasn't big enough for me to sleep inside of. On my way down the hill, I got to watch an amazing sunset over a low level of clouds below me, which blanketed the valley. Not often is this seen in southern California, and I wasn't alone in where I chose to watch. A number of professional photographers were already at the viewpoint when I got there! 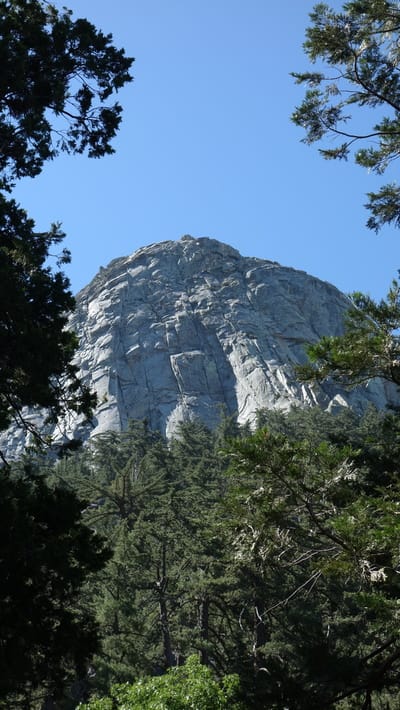 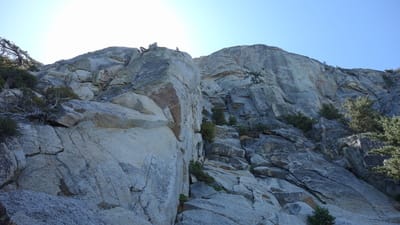 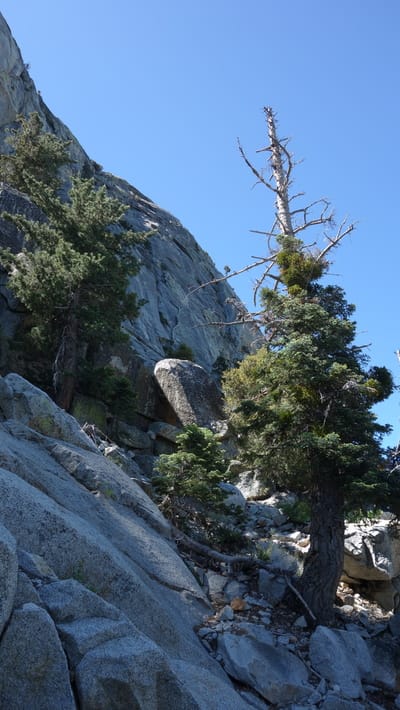 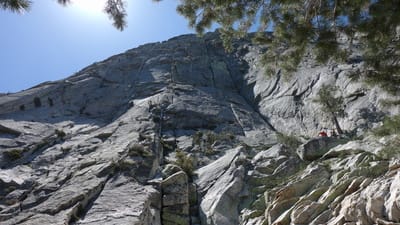 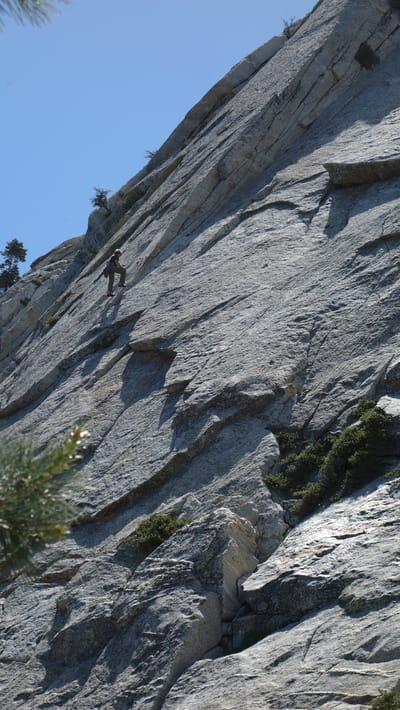 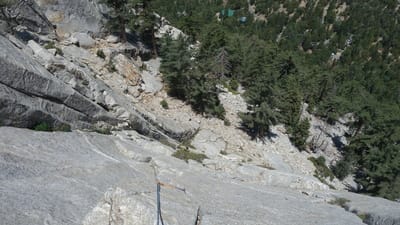 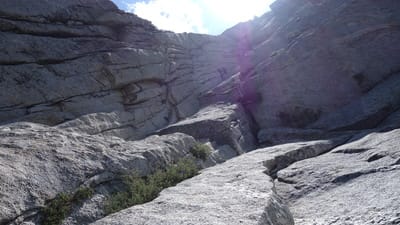 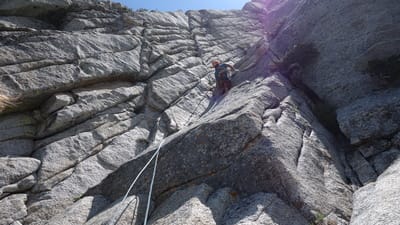 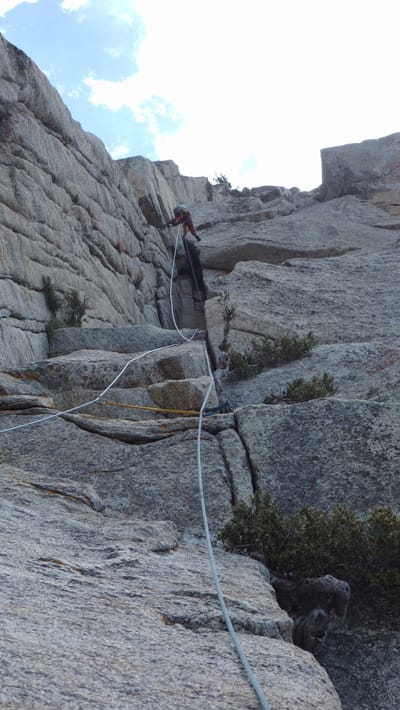 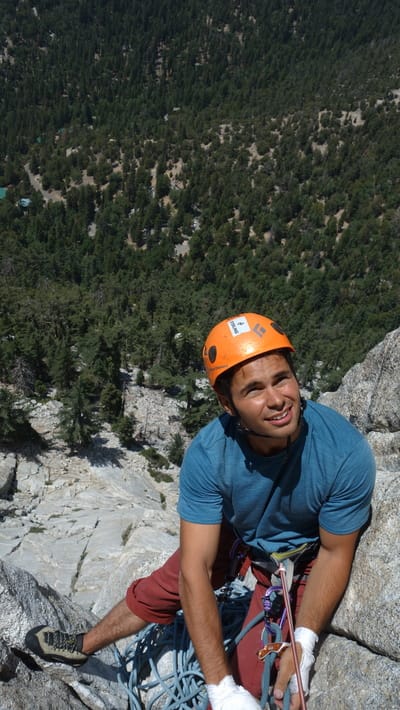 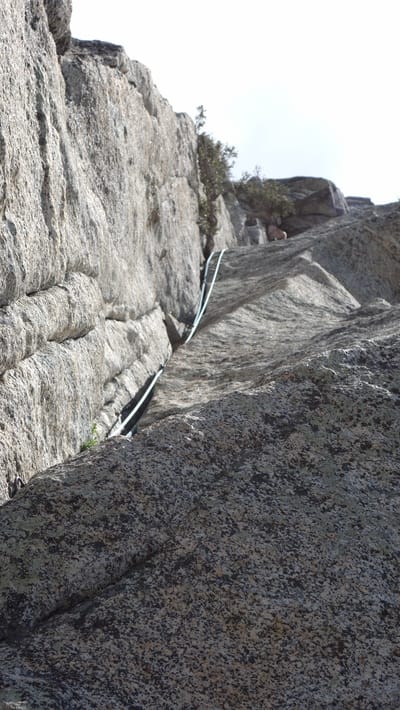 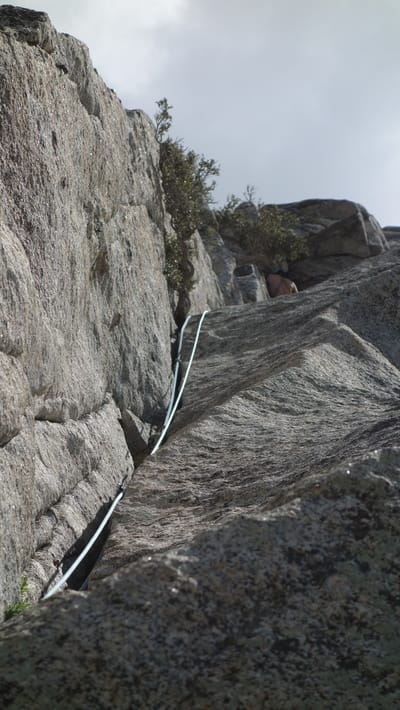 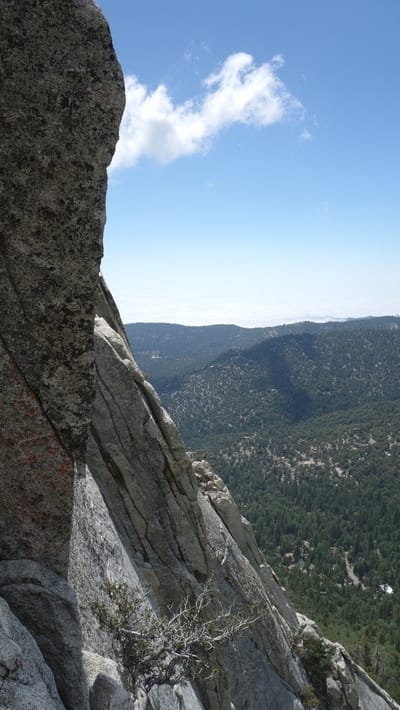 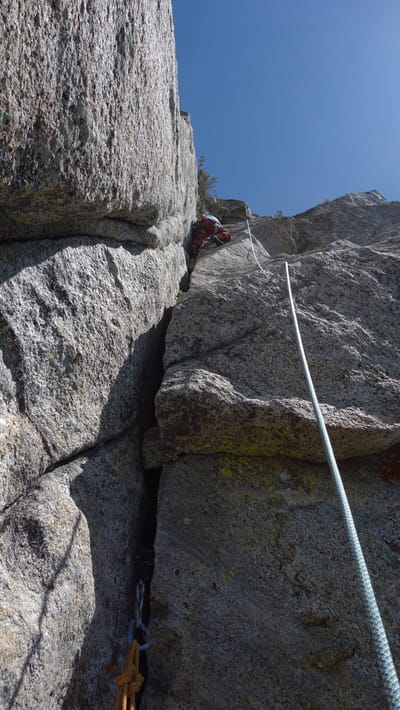 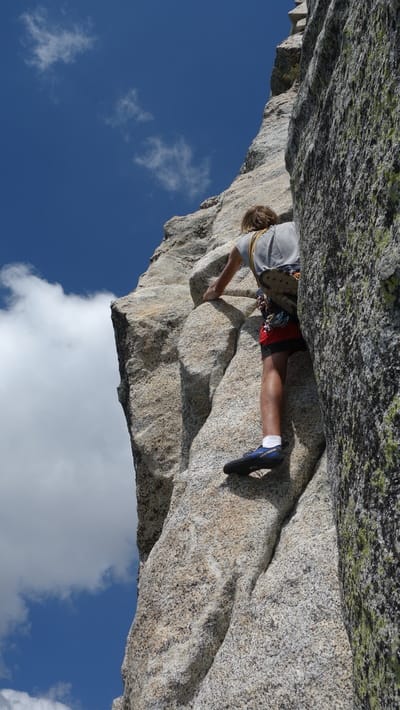 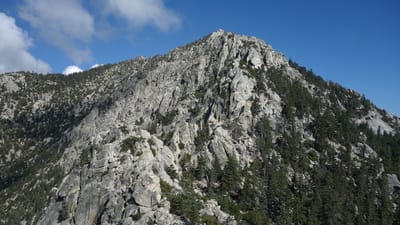 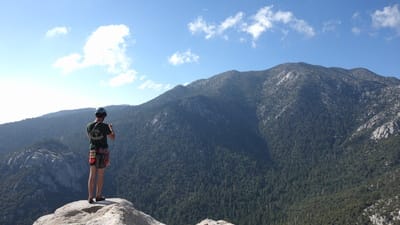 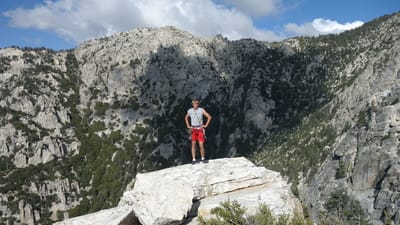 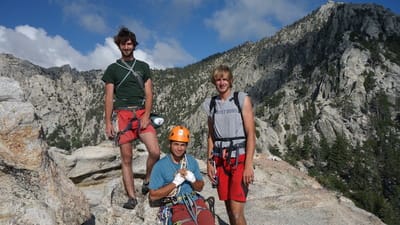 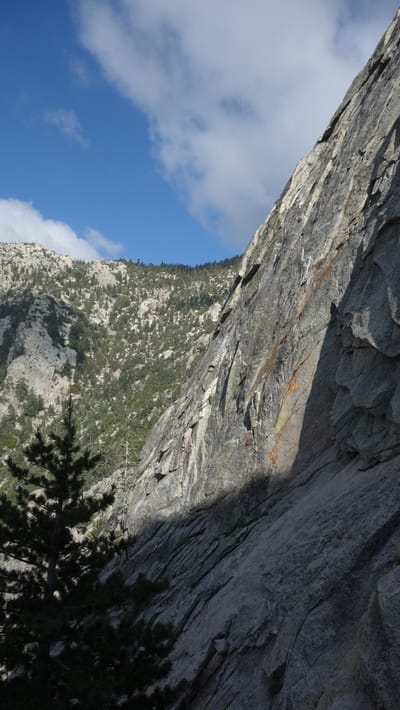 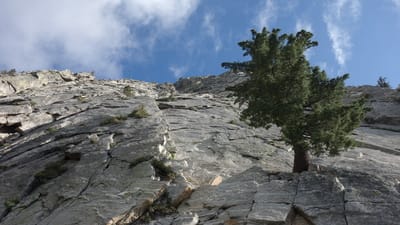 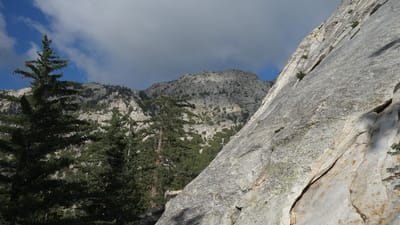 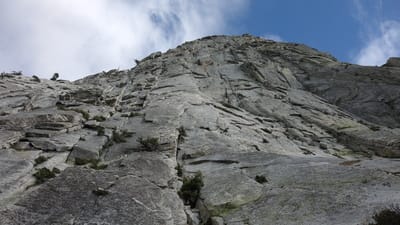 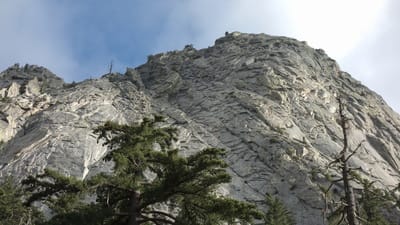 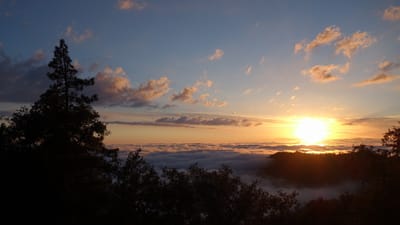 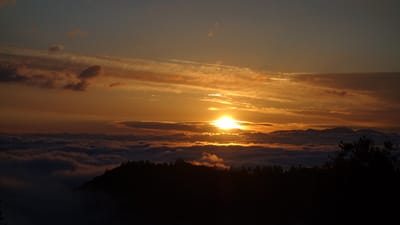 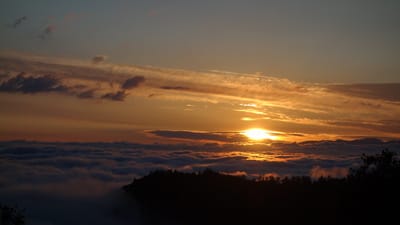 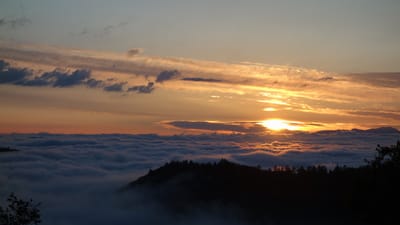 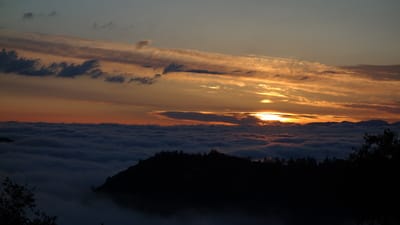 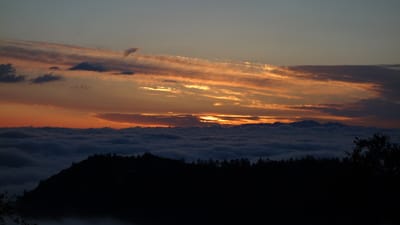