Finally climbed with someone faster than me! I met up with Sean as he was roaming around the country and we agreed to hike Black Mountain, which is the second highest peak in the Montana portion of the Absarokas. It was a rainy evening as I made the drive from Bozeman to the Pine Creek Lake Trailhead. Unfortunately a newly fallen tree fell over the gravel road likely moments before I got there! Sean was already at the trailhead and after trying unsuccessfully to move it, I parked off to the side and just went to sleep in the car. I planned to get up early and just run the remaining mile of road to meet Sean.

The next morning, it was humid and foggy. I got to the trailhead and found his 4Runner at the parking area. After explaining the situation we figured by the time we finished the hike someone will have removed it, so we started up the trail. After a few minutes of muddy trail, we passed the large waterfall, then the trail steepened. We went at a fairly relentless pace up the trail and reached Pine Creek Lake in less than an hour, which inluded a large break to wait for the sun to lighten things up a bit more! Once at the lake, we hit full snow coverage and from there, began postholing around the right side. Sean led most of the way breaking trail as we continued up the north side of the peak. The snow was in great condition and we reached the summit ridge a couple hours after reaching the lake. A short ridge scramble brought us to the summit, where we were just barely above the clouds. It was a very thin coverage though and we actually had great views the entire ascent. Unfortunately we couldn't see Mount Cowen though.

Since it was breezy, we snapped a few photos and hiked down. We were able to make flying leaps down the steeper snow all the way to the lake. With wet feet and a sun burnt face I hiked out, just behind Sean as I cooled off in the waterfall for a few minutes. There were at least 2-3 dozen people at the falls! Sean then gave me a ride back to my car and we ran into a few guys cutting the tree out. Just in time! We got cheap but good burgers in Livingston and Sean went on his way towards Gardiner, while I returned to Bozeman. 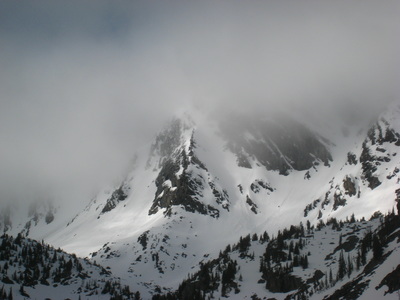 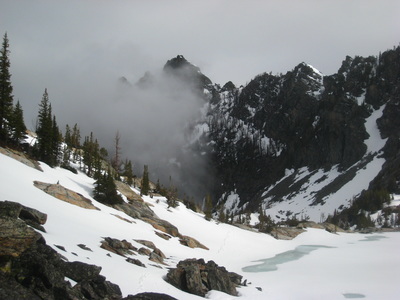 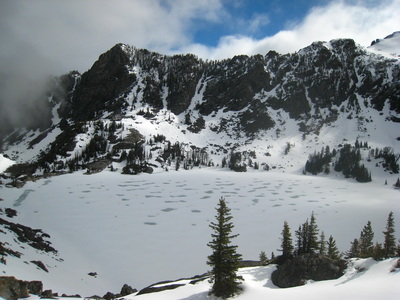 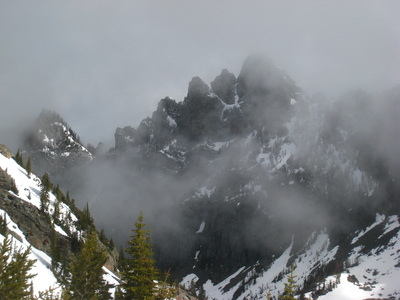 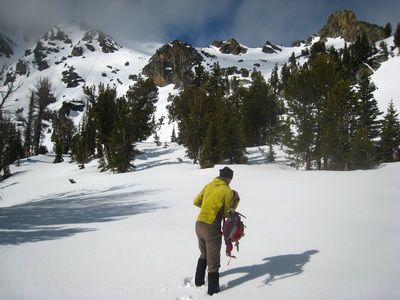 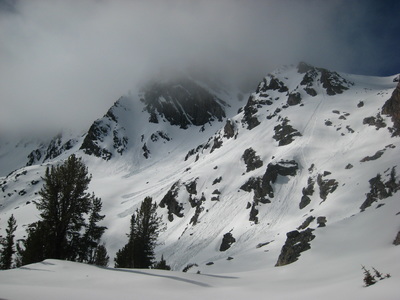 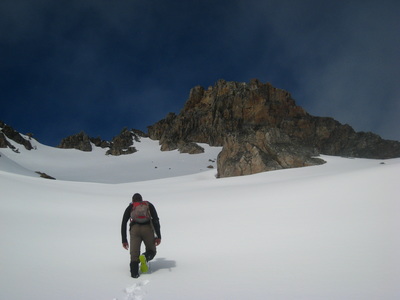 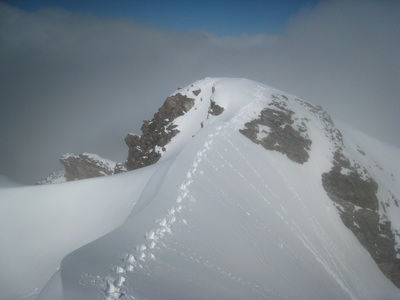 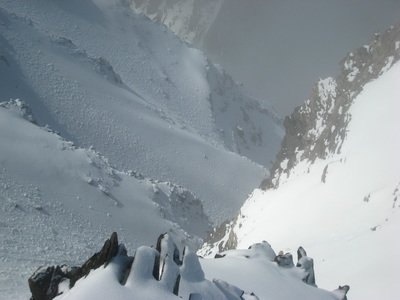 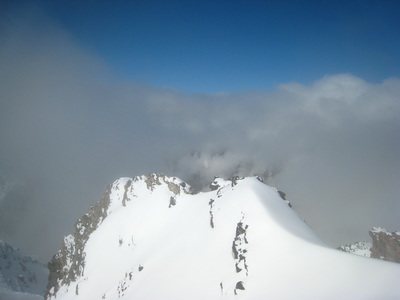 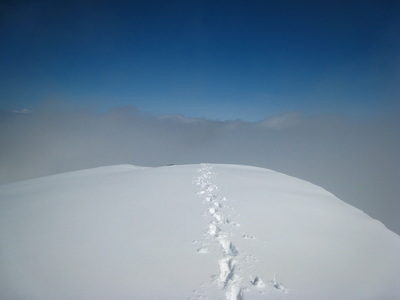 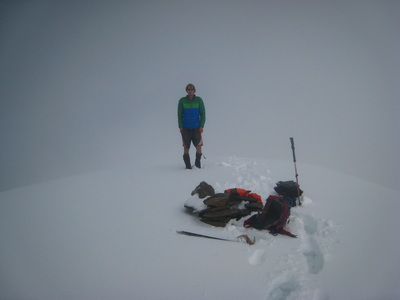 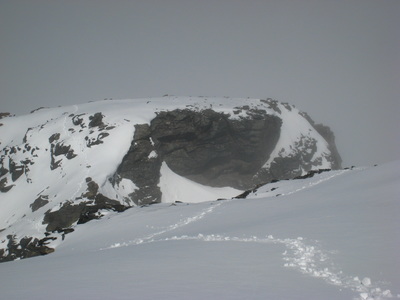 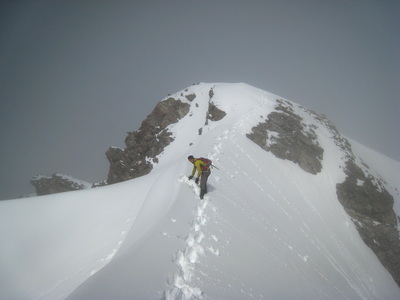 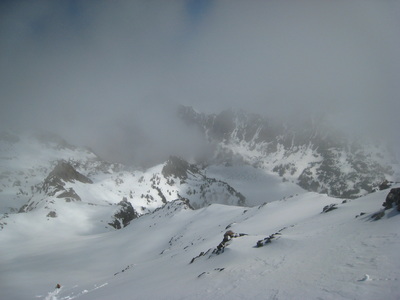 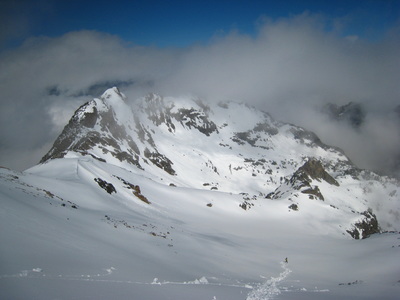 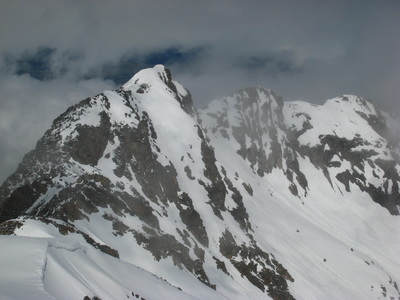 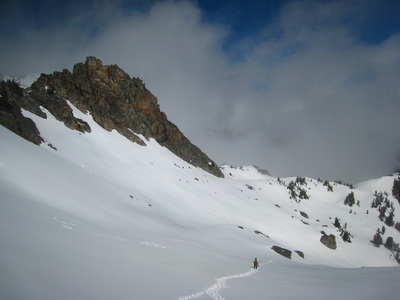 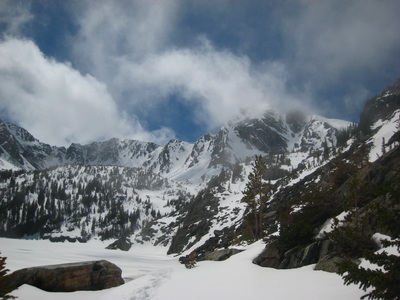 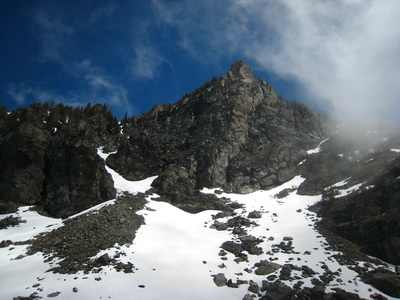 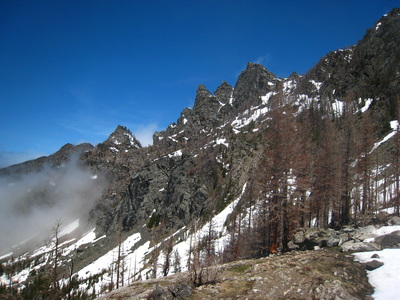 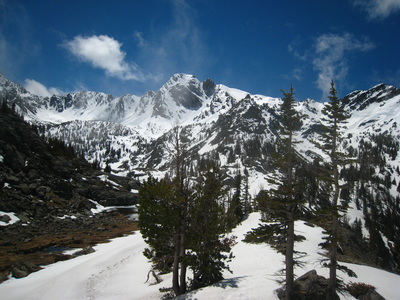 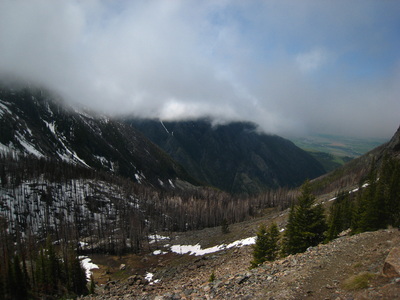 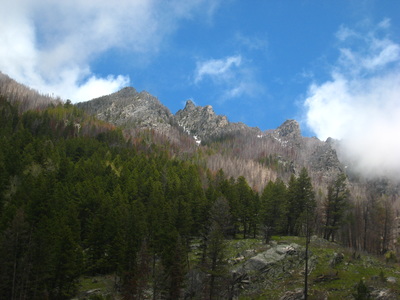