After a fun multi pitch climb in Eldorado Canyon up tower 1, I started driving out from Denver at about 8pm and made the long journey to the Stewart Creek Trailhead, which I arrived at 1am. My friend Jamie was already there, and he planned to hike san Luis the next morning while I would join him and his wife for the hike up the trail. At 6am we started, and made good time up the mostly cleared trail. Just as we reached treeline, I broke off and crossed the creek to the south side, and started walking up the NW ridge of Organ Mountain. This ridge was simple and easy to follow and I reached the summit before 9am. It was calm and warm on the summit, but with bad storms in the forecast I knew it wouldn't last long. As I saw some darker clouds just beginning to form off to the west behind San Luis, I started down, and waited on the trail near treeline, even taking a nap for a bit hoping they would return shortly from San Luis. When a hailstorm started I decided to head down and meet them at the cars.

A lovely pizza dinner in Salida ensued after we were out where I got to meet Mike, who was only 3 13ers away from finishing them all! 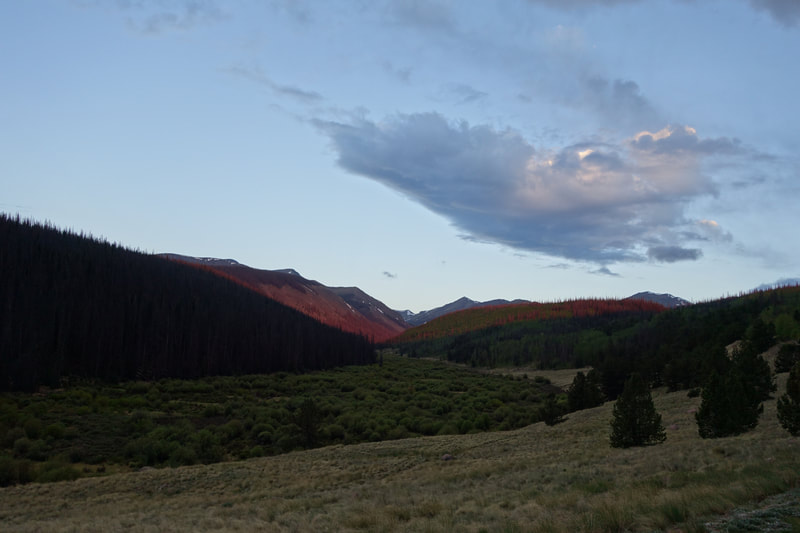 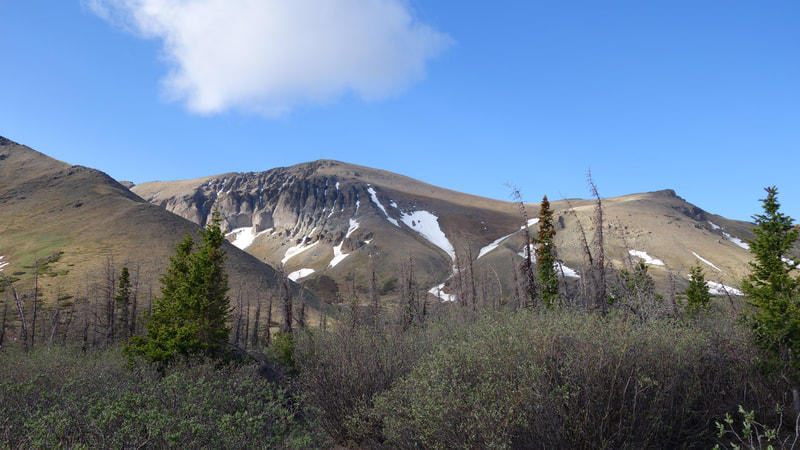 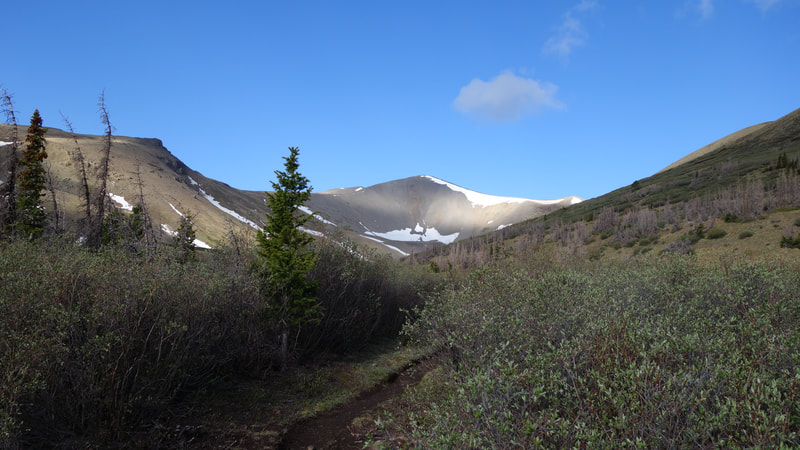 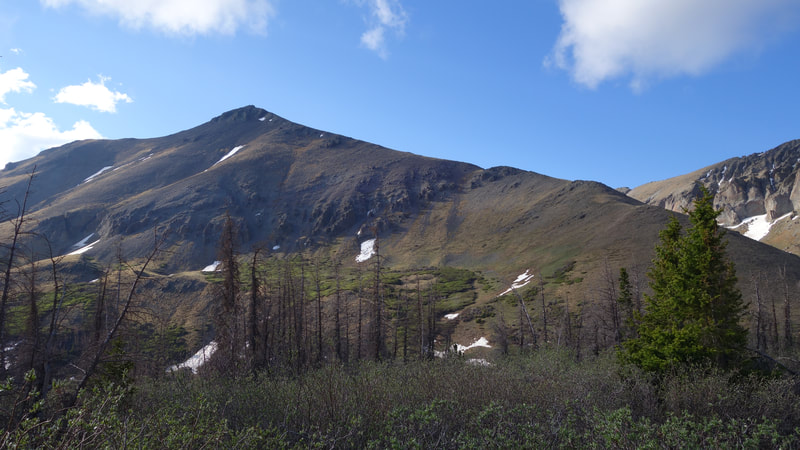 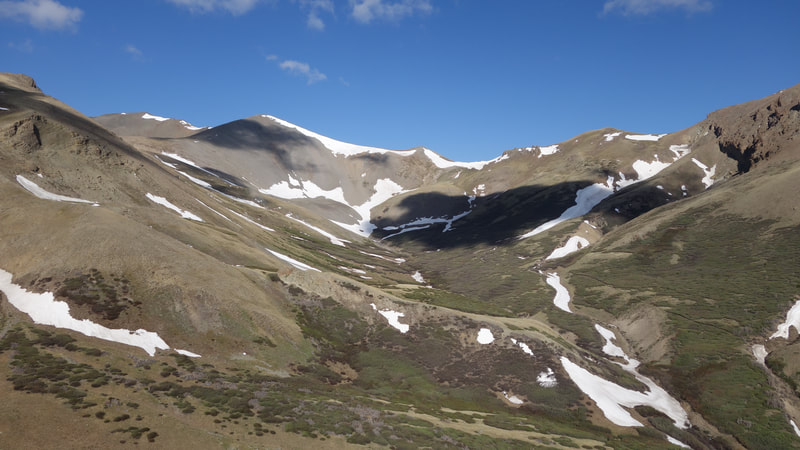 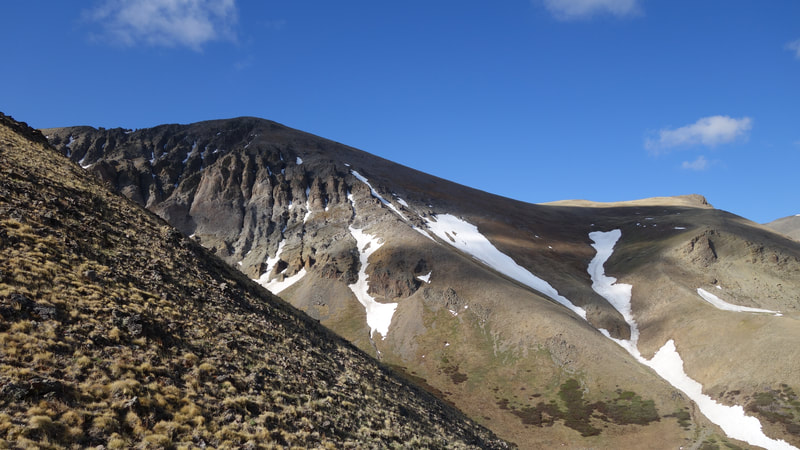 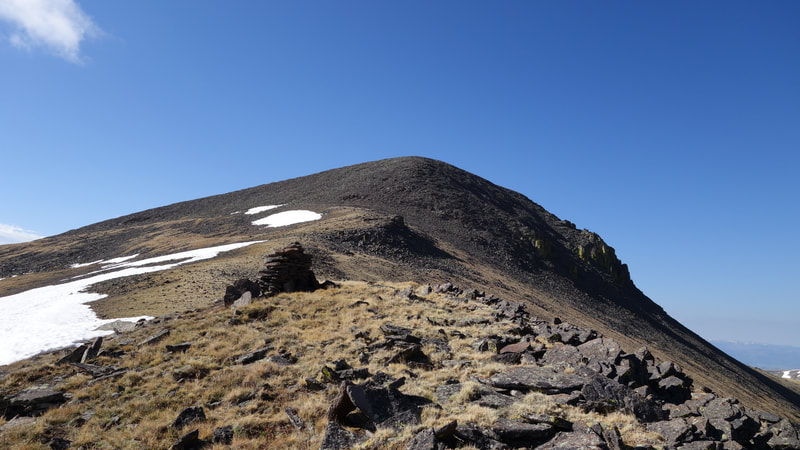 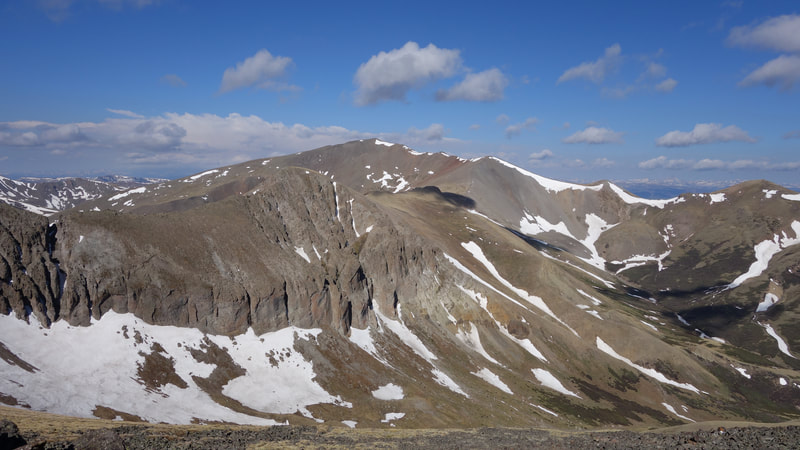 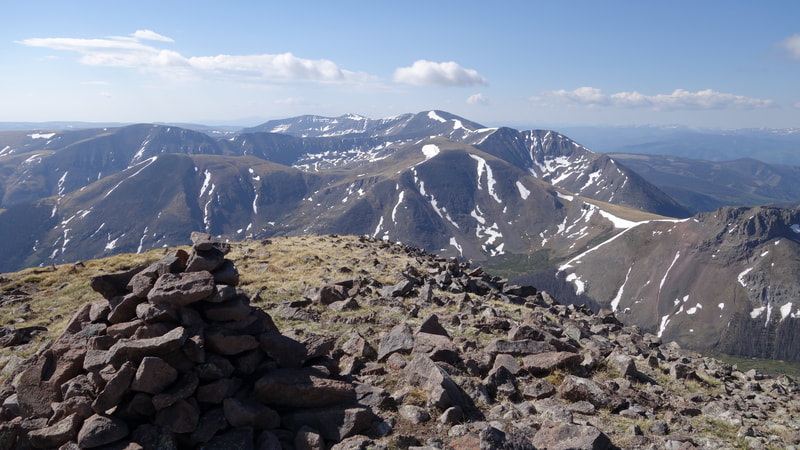 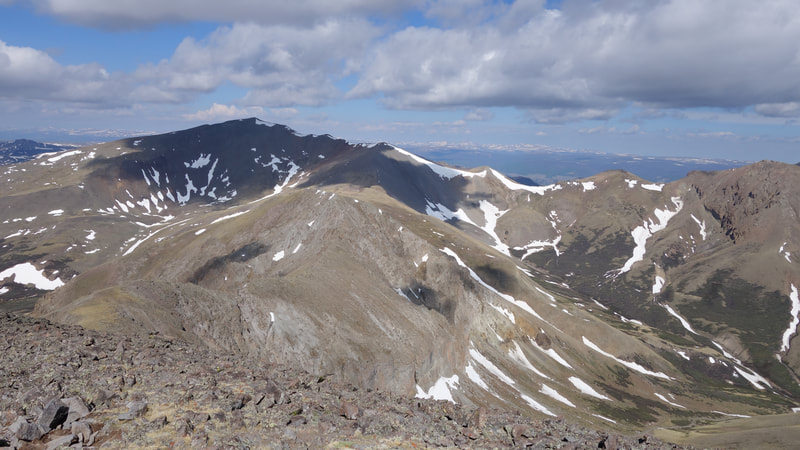 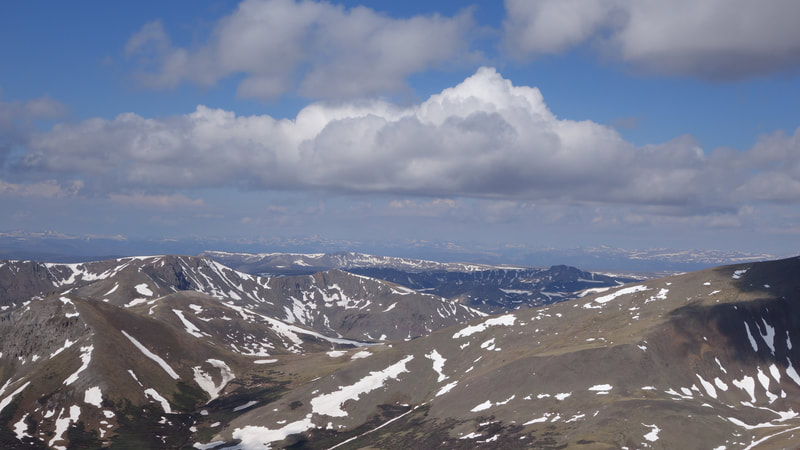 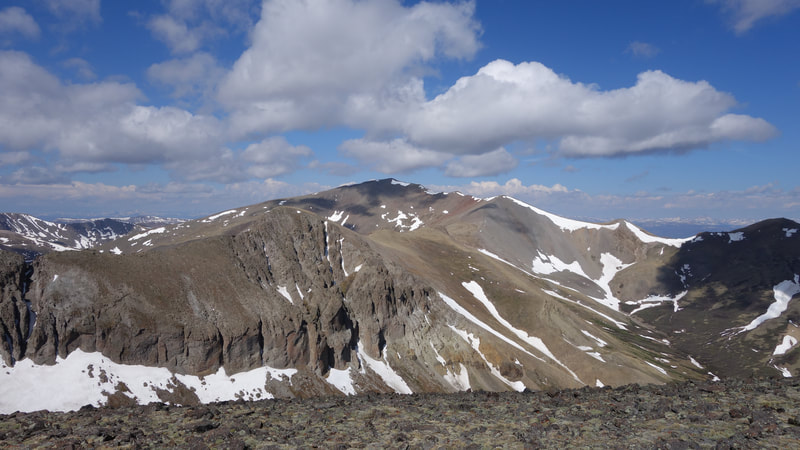 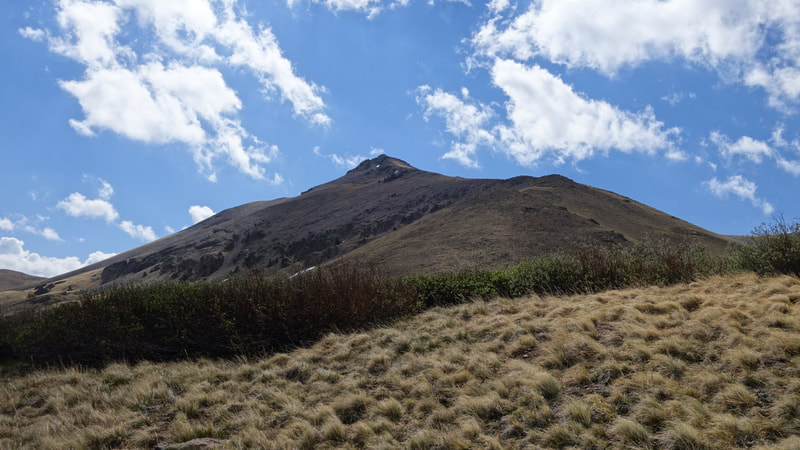 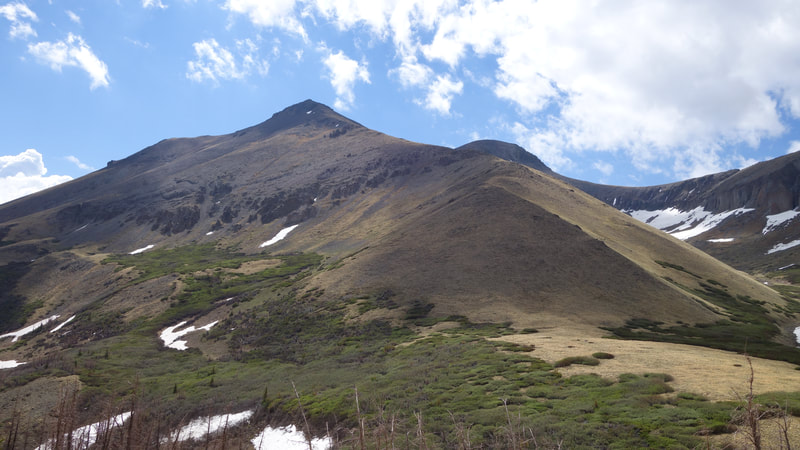 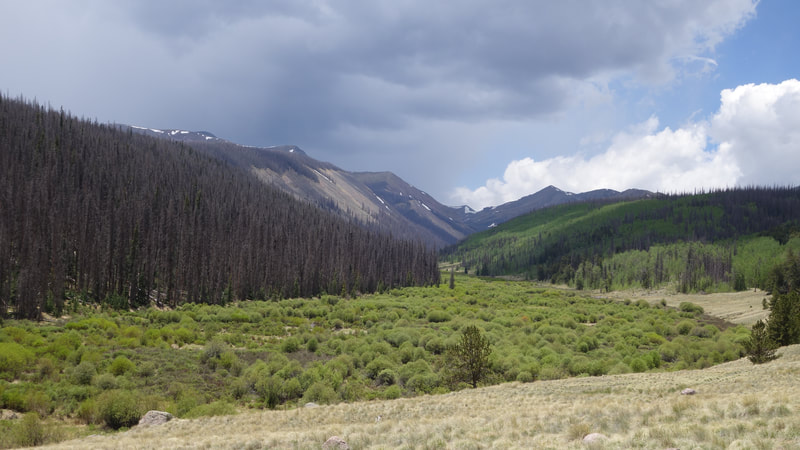 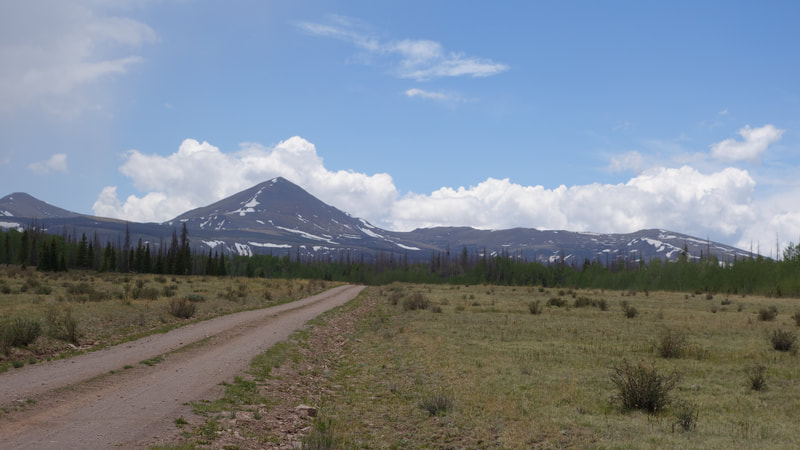