Gothic Peak was a fun short scramble off the Mountain Loop Highway. A nice trail heads up to Foggy Lake, which was (gasp) a very foggy 3ish mile hike much of the way from the trailhead to the lake. At the lake there were dozens of other people enjoying the late summer snowless rocky lakeshores amidst the fog, however the fog started to very slowly clear later in the morning. Our original goal was to climb both Gothic and Del Campo Peaks, but given the cloudcover that did not appear will clear at all during the day we opted just to do Gothic Peak. We followed a boot path trail up to a saddle in the SE ridge and continued up the ridge close to the crest as the exposure increased and we hit a cliffy and slabby part of the rudge. Most people appeared to ascend a steep loose gully closer to the summit that met the ridge at the base of the final 150 foot scramble but we wanted to do more scrambling so we stayed on the ridge the whole way and added some fun class 3 terrain. With the whiteout, we could not see what was below us and made the knife ridge sections very eerie. Off to the southwest we could at times see a rugged peak known as Sheep Gap Mountain which actually looked like the most impressive peak in the area.

As we met with the normal route coming up the gully from the right we finished the final class 3 scramble to the summit just as a short clearing in the clouds greeted us. This scramble actually involved what could be classified as a few class 4 moves. The climbing up was pretty steep but nothing anyone with some climbing expereince couldn't do. Some large blocks did seem suspect but with the popularity of this peak everything was solid. On the summit, we briefly could see Sloan Peak, Glacier Peak and Del Campo Peak. On the summit we ran into someone who knew who I was (seems to be commonplace these days haha) and we chatted for a while before starting down. We took it easy on the descent and found yet another person on the hike down that knew who I was! It was a busy day in the Foggy Lake basin that day. 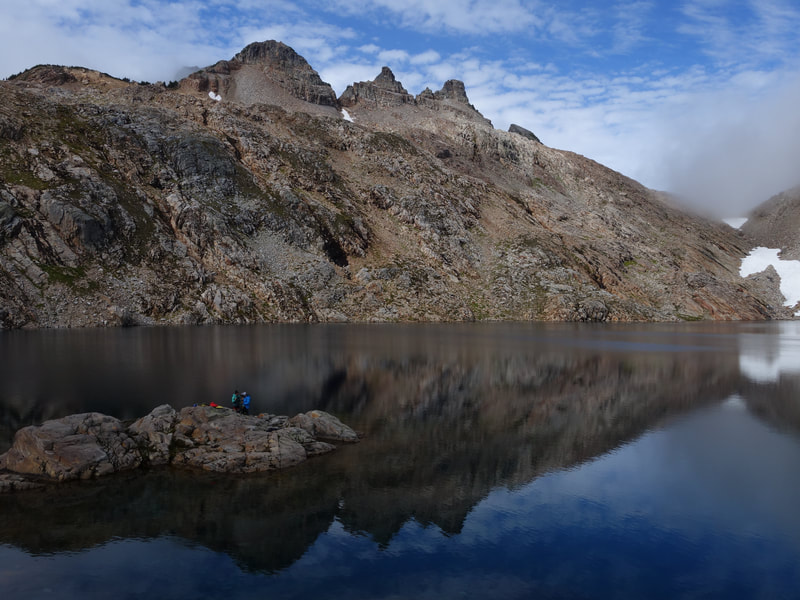 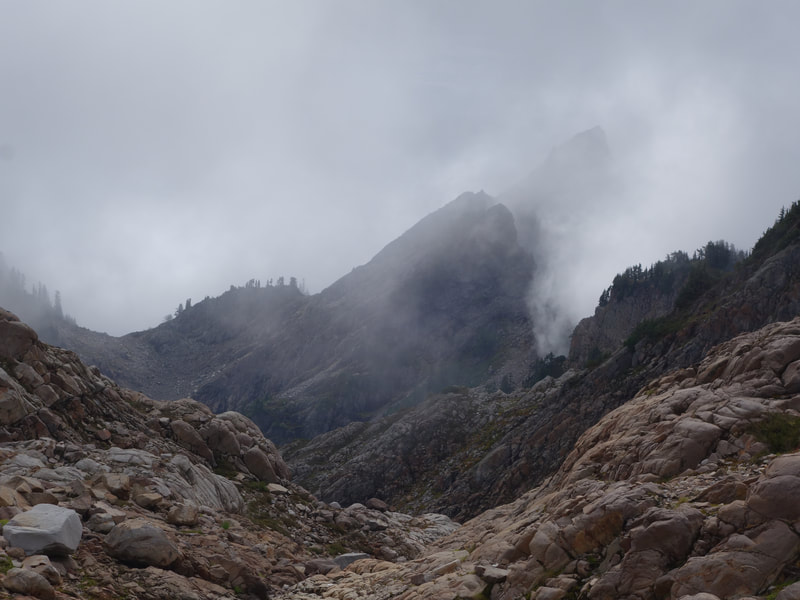 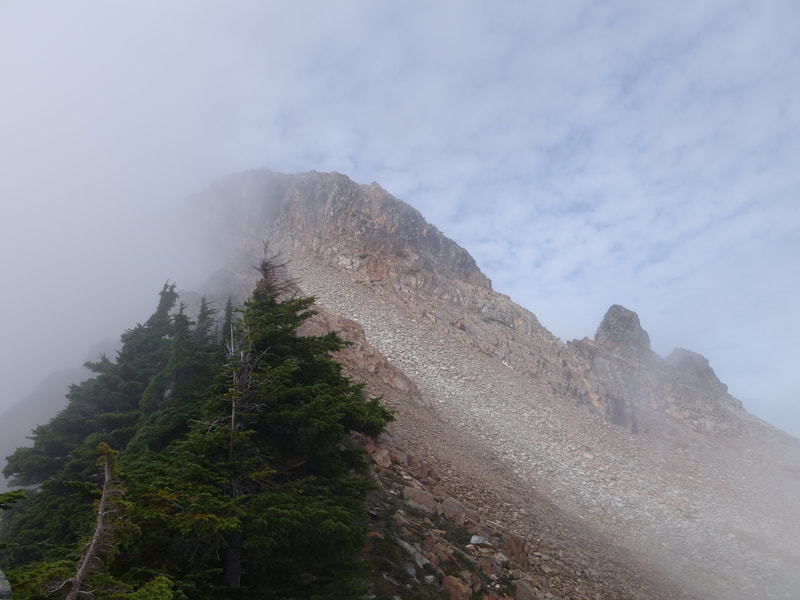 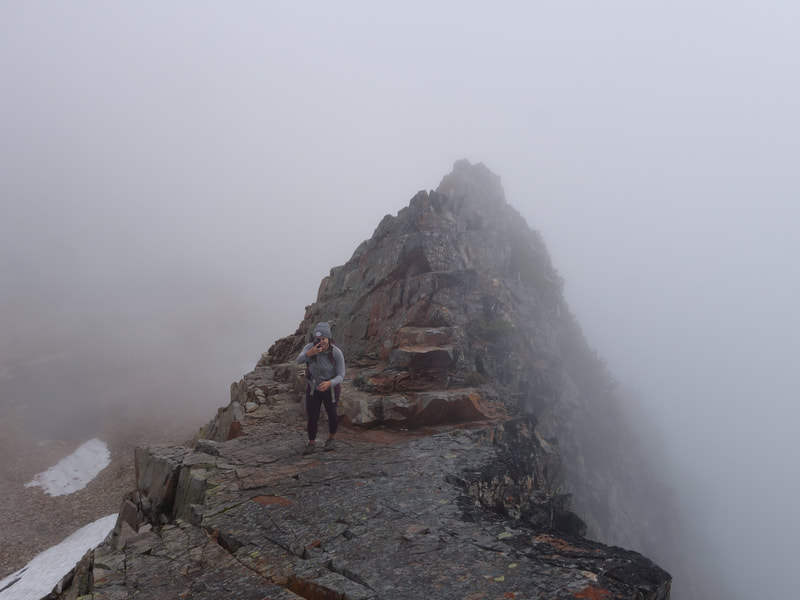 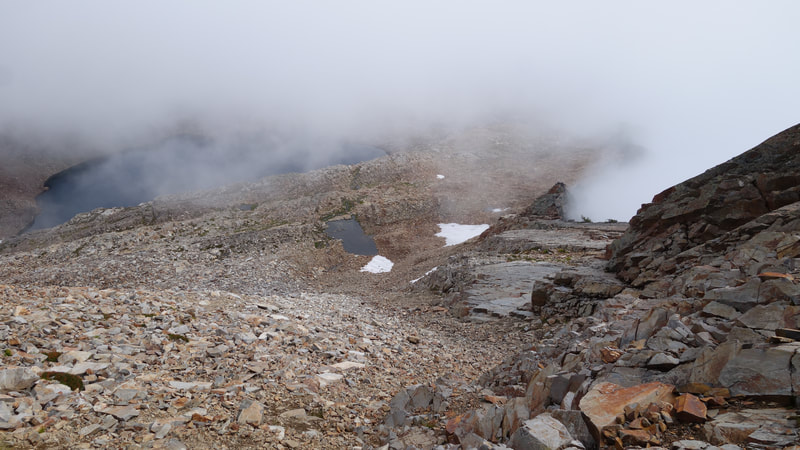 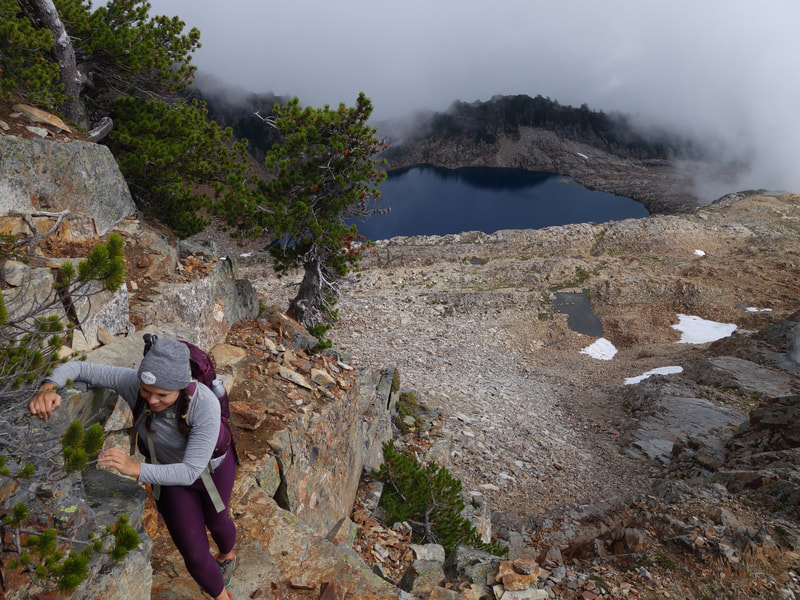 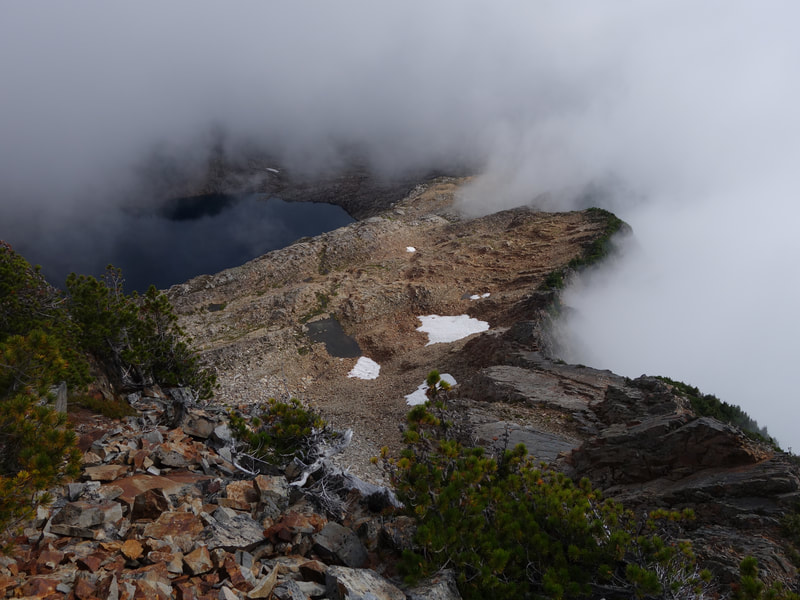 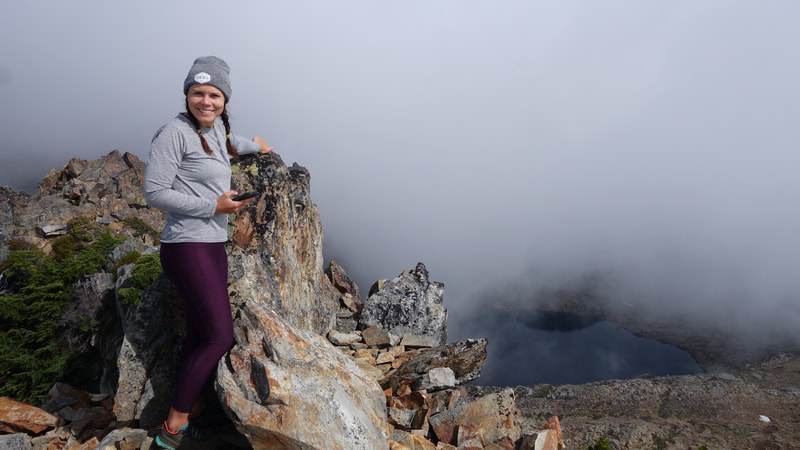 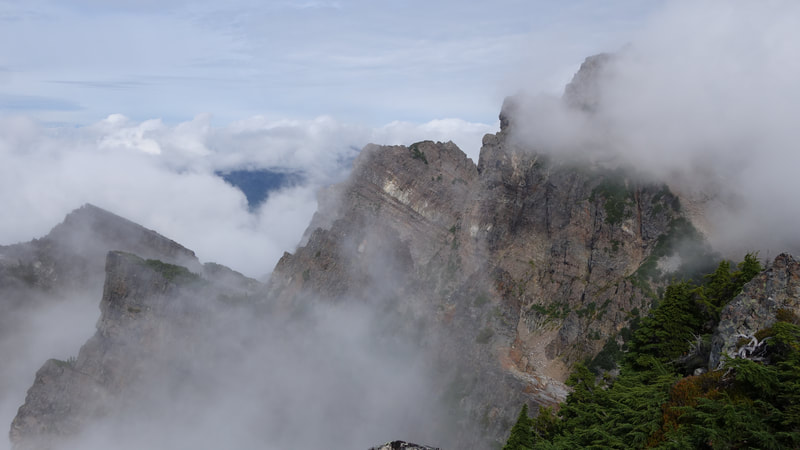 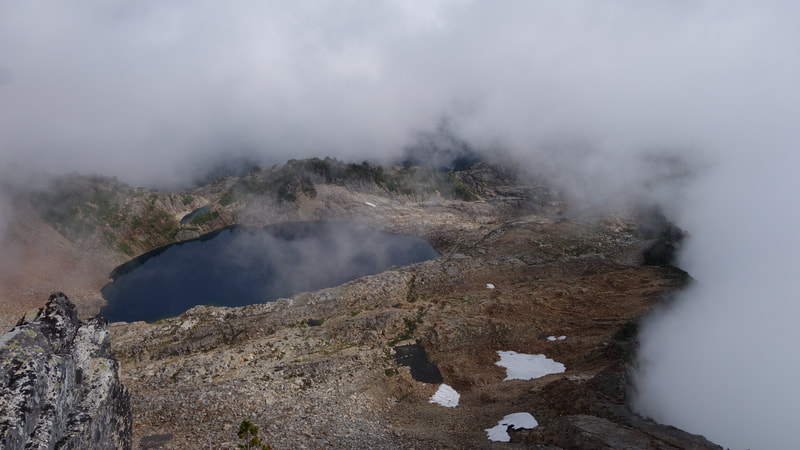 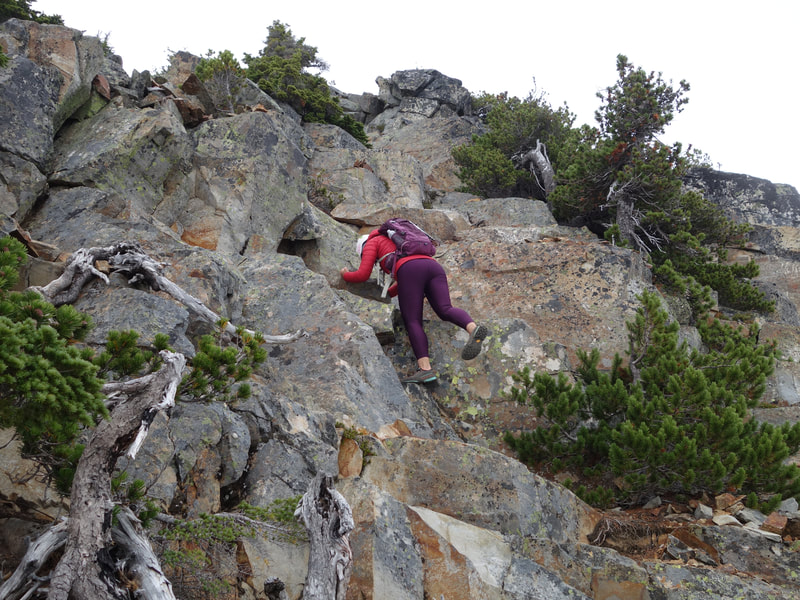 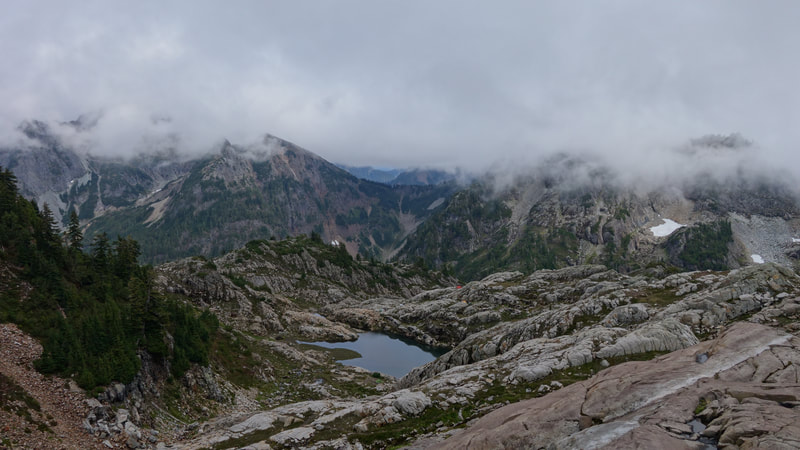 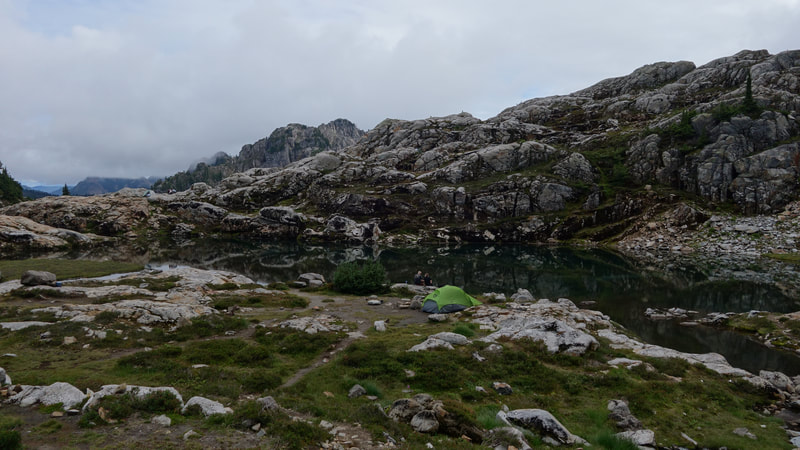 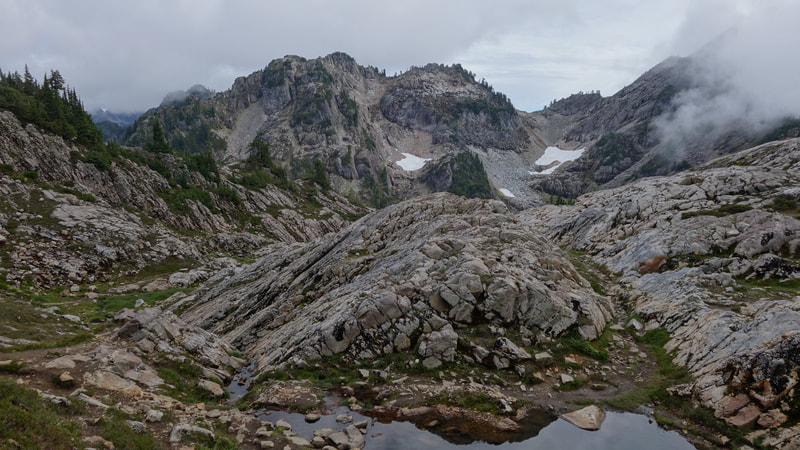 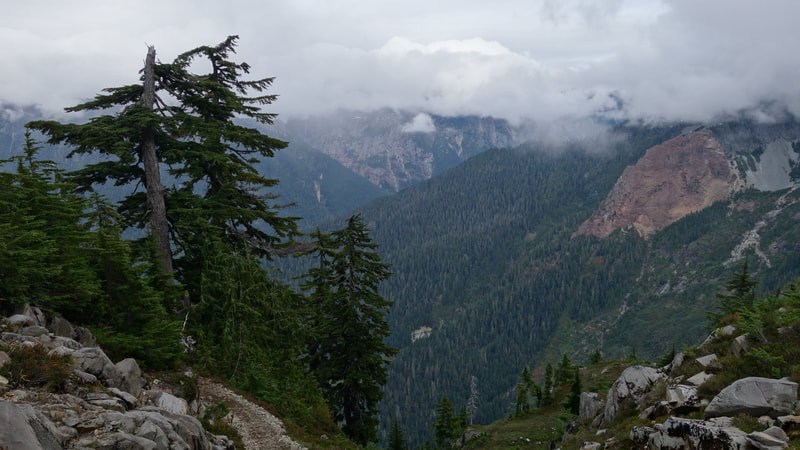 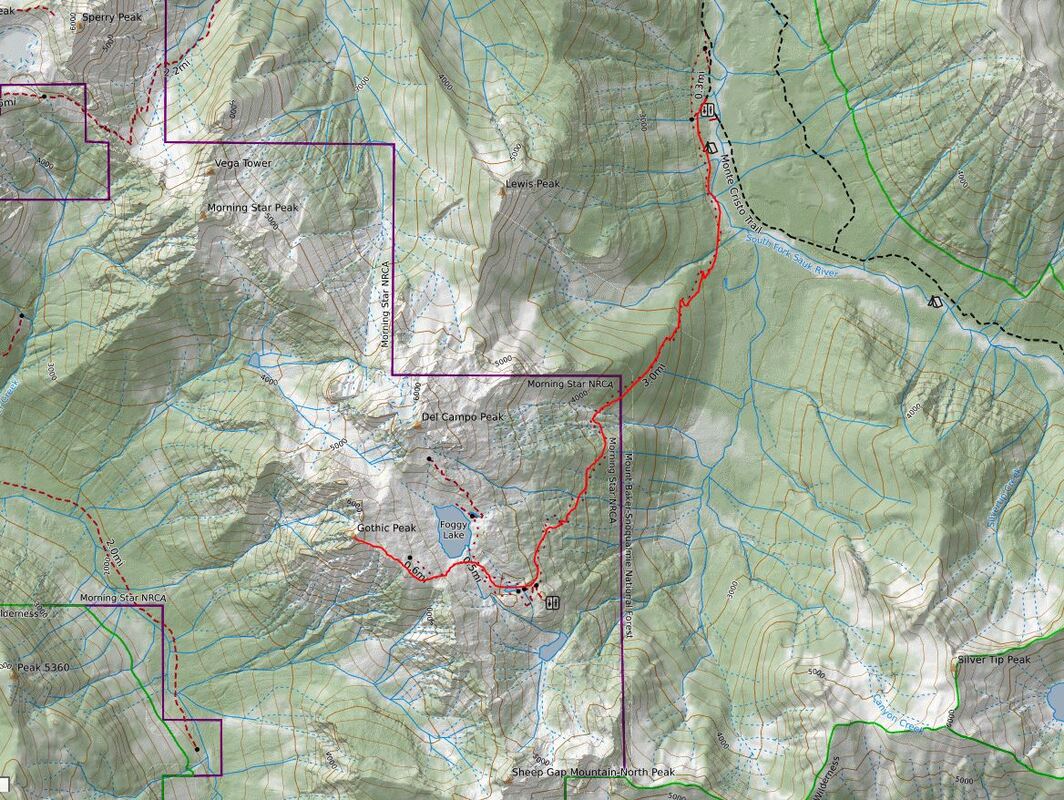 Gothic Peak Map of our Route