Elaine and I were looking for some options for good climbs in Kananaskis area for the weekend in mid June to get us prepared for our trip to WA and Squamish coming up, and joining us was James, one of Elaine's friends who hadn't done an alpine climb before. We decided over many options, and chose the south ridge of Mount Lorette, a short but fun scramble just off highway 40 across the Kananaskis River. There are two ways to approach Lorette, with the normal and most direct approach utilizing the Lorette Ponds parking area a few miles north of the Nakiska turnoff. Then you must ford the Kananaskis River, however in early season crossing this river without the aid of a raft or kayak is extremely dangerous. In June when we did the climb, we walked across the highway from the Lorette Ponds parking area and to the rivers' edge but quickly realized it was far too deep to cross, so we drove down to the Nakiska ski hill road a couple miles further south on the highway, crossed the river on the bridge and parked along the right (north) side of the road where a small trailhead along the long clearcut for the power lines that parallel the west side of the river. We then hiked north along the power-lines following a good popular trail until we reached the base of the south ridge after 2-3 miles or so. This approach is not the most direct, but is the only other feasible option if the river crossing is too high.

Starting up the lower ridge, the bushes were fairly thin and we made quick progress hiking up talus and through sparse trees and hit treeline about 1000 feet above the river. The steep talus slopes from treeline up to where the ridge narrows was the least enjoyable part of the climb as the slope was very loose, however after another 600 feet we reached solid rock on the narrower ridge-crest. Here the fun began as we scrambled Class 2-3 limestome rock that was extremely grippy. The climbing was a ton of fun, and as the ridge became even narrower, we came to the crux of the route. This deep cleft cutting the otherwise continuous ridge, involved a 4 foot drop to a small foot ledge with hundreds of feet of air below on both sides, then a big step across to a small ledge on the other side. I was able to step across without too much issue unroped due to my height, but I made an anchor and belayed James and Elaine across. James was really enjoying it given it was his first climb of the like. The remainder of the climb after this 5.4 crux was mostly class 2+. A short ways below the summit there was another class 4 step, and after a very late start of around 2pm, we reached the summit around 5ish and had great views to the north of Skogan Peak, which dominated the landscape. This peak really looked impressive, and worth a climb someday. To the south we saw Mount Bogart and Mount Kidd, both of which I would also like to climb. Returning back we descended down the north ridge about 80 meters to the broad saddle and started down the large gully to the east of the south ridge. We were easily able to follow this gully all the way back southward to the power lines and make the nice walk back to the car just before it got dark. 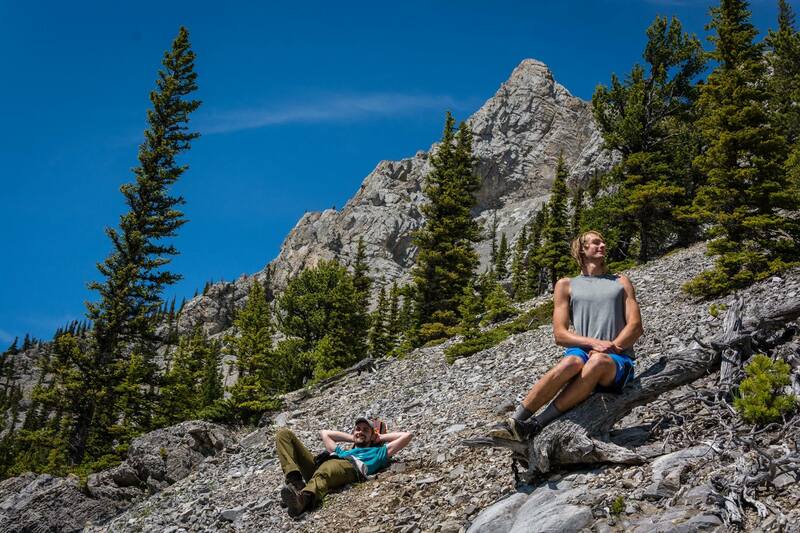 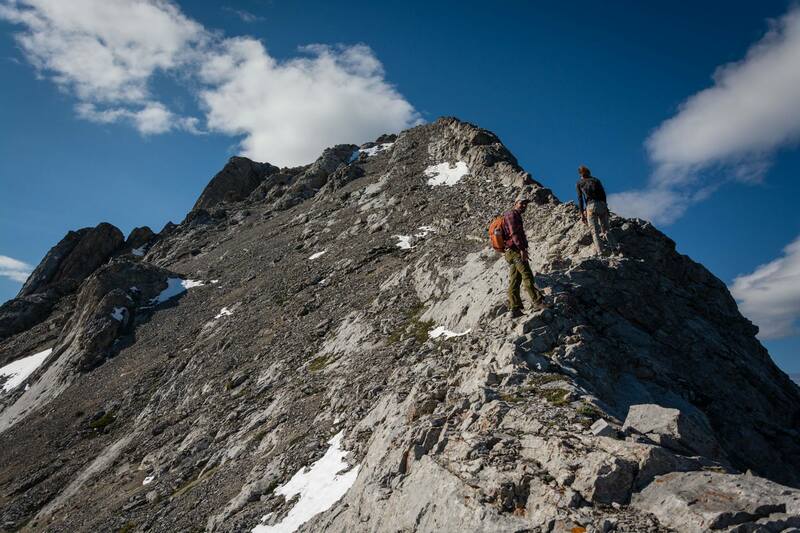 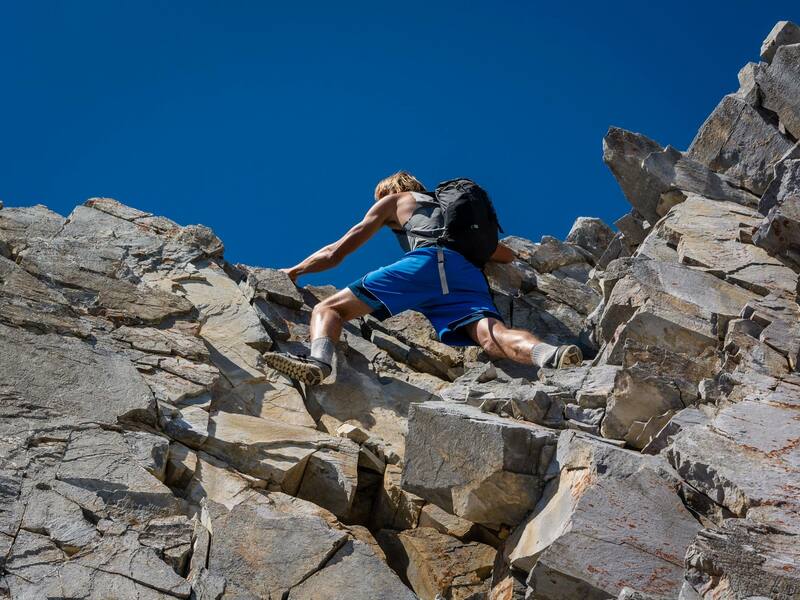 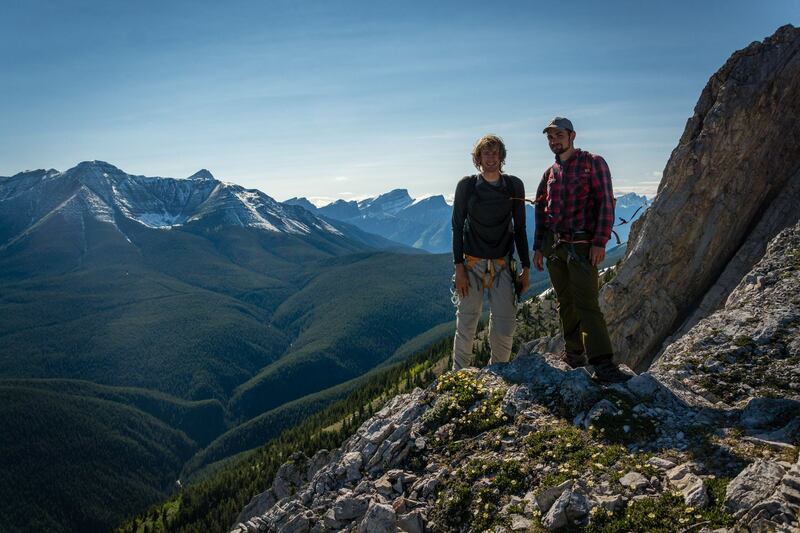 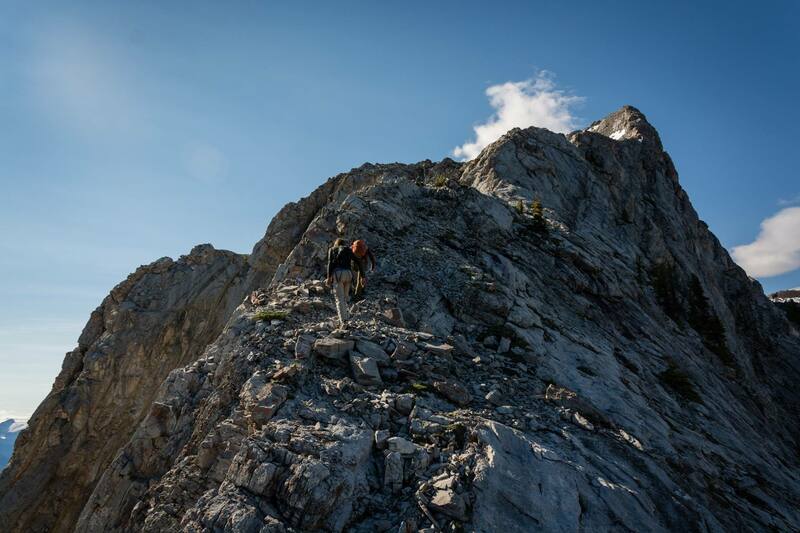 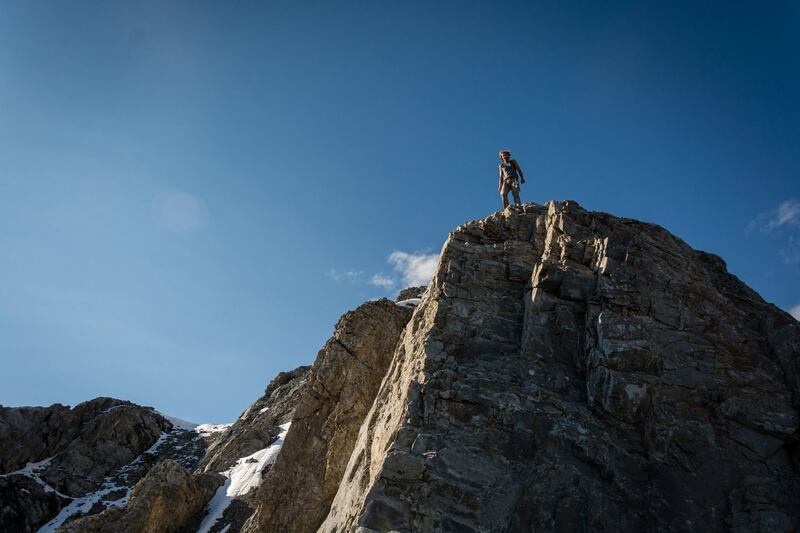 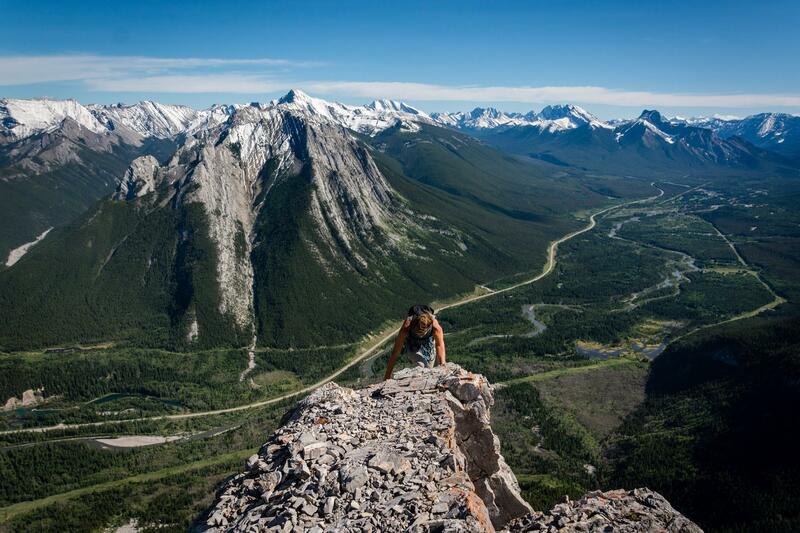 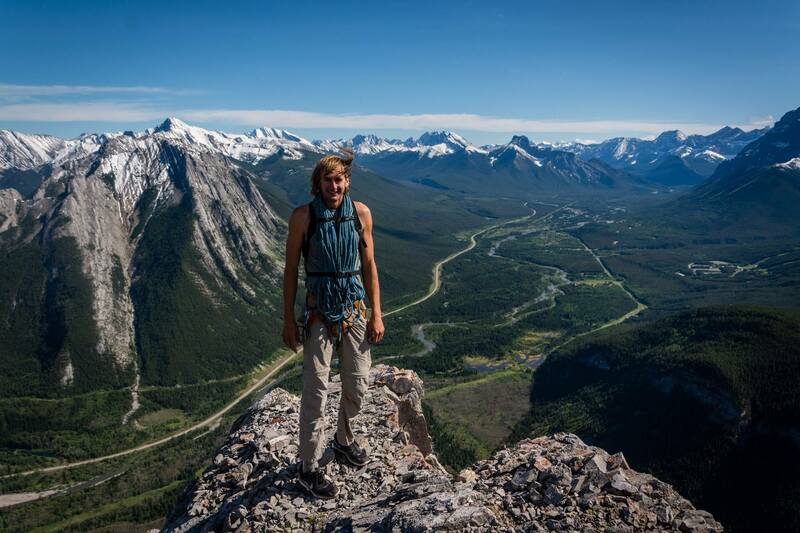 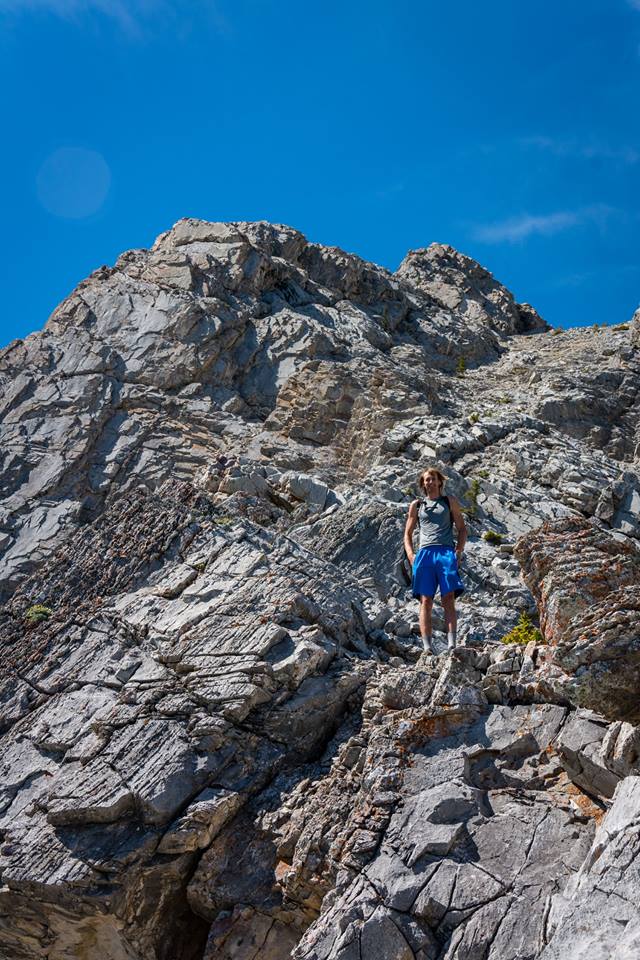 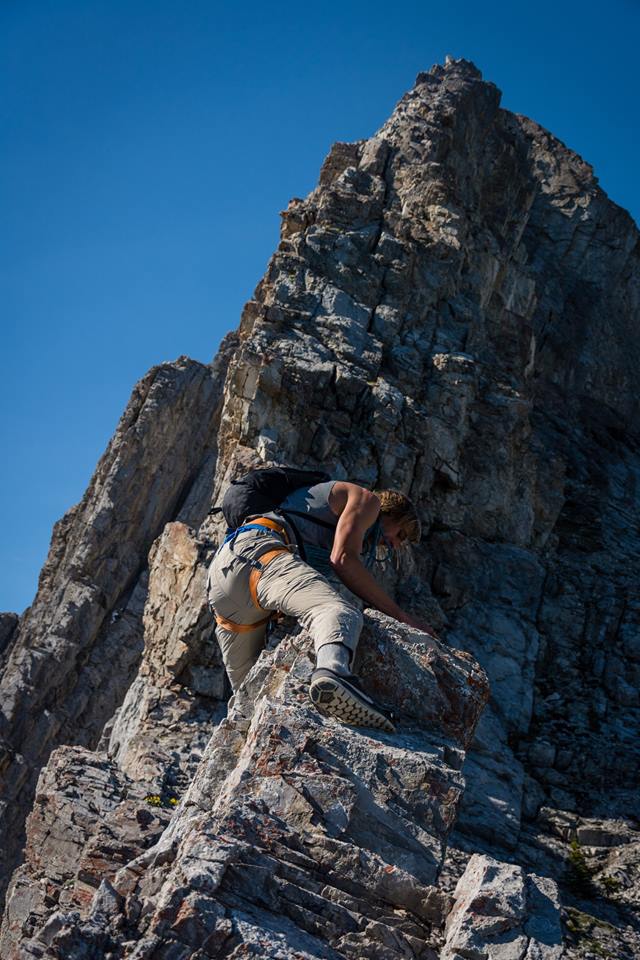 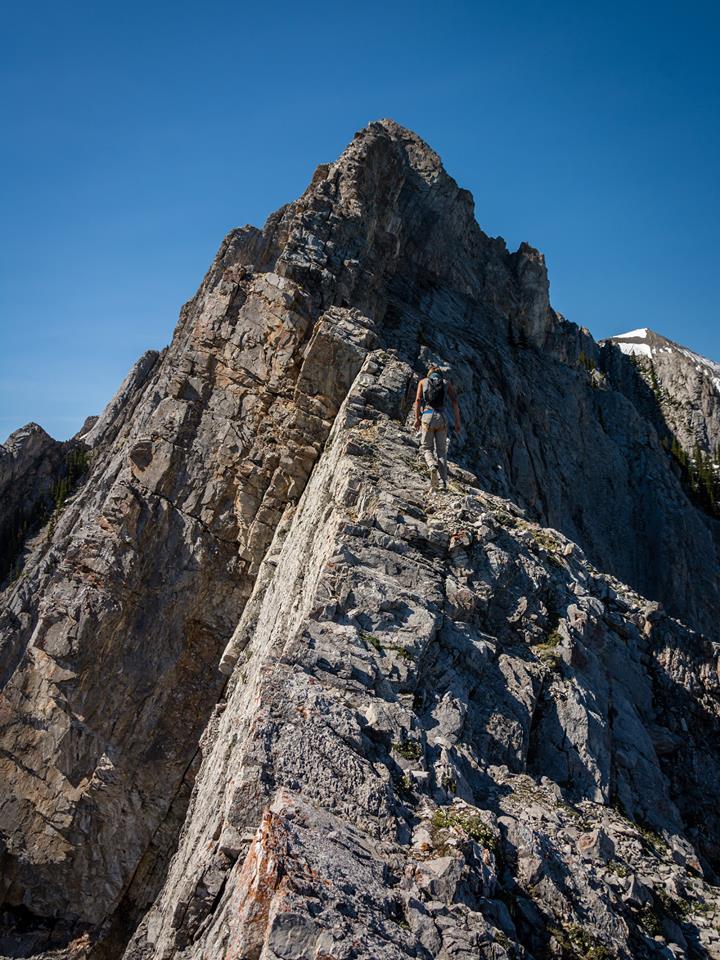 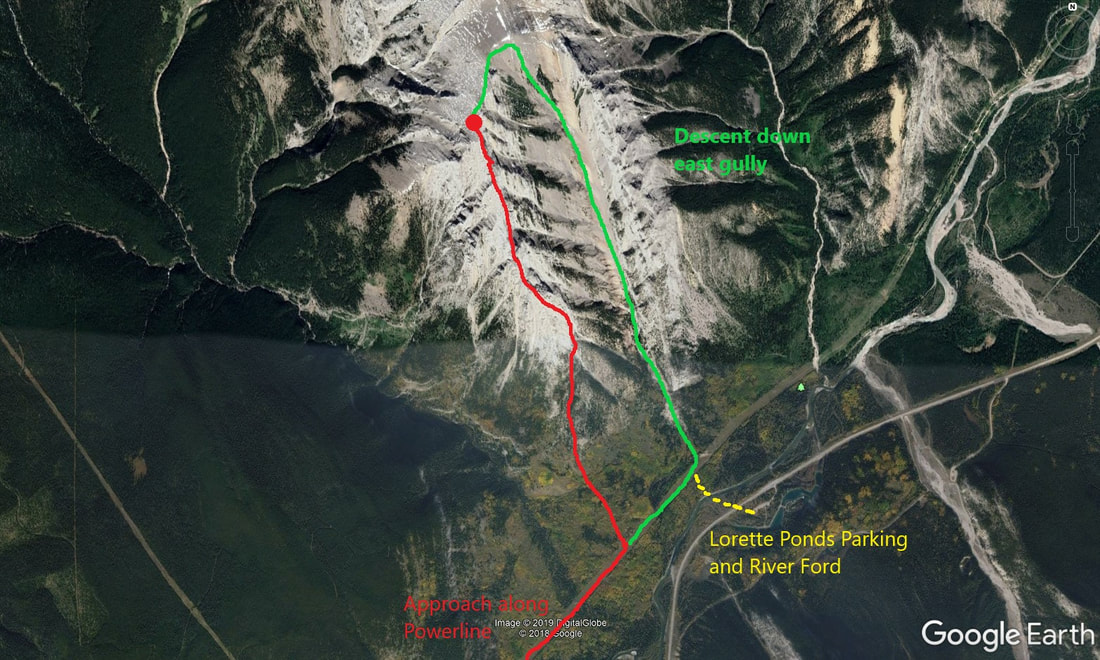