The day after I hiked Organ Mountain, which I had joined my friend Jamie for the hike up the Stewart Creek Trail (he was taking his wife up San Luis Peak), I went off solo towards Creede and drove up the steep road heading north from town into the historic mining district. The East Willow Creek CR502 Road was washed out pretty low down, so I went up CR503 instead which follows up West Willow Creek, then continuing along Nelson Creek. After the initial very steep climb, right before the road makes a sharp hairpin turn to the left at 10240 feet, I turned right onto the upper end of CR502 which becomes 4WD pretty quick. There are a couple old buildings at this hairpin turn, however an old train track seems to invite a popped tire if you drive over it to access CR502. Therefore it's best to turn onto the road a couple hundred yards before the hairpin.

I continued up the reasonable road as it followed Nelson Creek higher, then making a hairpin turn to the right reaching a broad ridgetop at 10620 feet. The road then descended down switchbacks back into the East Willow Creek drainage. When I got down to 9920 feet, a very rough road continued left, while the main CR502 continued around to the right. I turned left here onto FS502.1A and was immediately greeted with very rocky and steep road. I had to put the truck into 4 low and crawl up to a small ridge, whichwas quite narrow, then steeply descend back down the other side. Since the road was wet from rain the previous night, I lost traction on some really big rocky sections and wasn't going to make it much further. It ended up being a real struggle to turn around with the long wheelbase pickup but eventually found a spot after backing up for awhile to make a 25466 point turn.

By 10am I started walking up the 4WD road. It was only perhaps another mile and a half to where the road nearly ended, and a small sign for the La Garita Stock Driveway Trail pointed me to the east. This is trail number 787 and provides access to the SW slopes of Phoenix Peak. I crossed East Willow Creek, which required a couple big jumps for me to get over due to higher water levels in early summer. I then found the trail as it curved south, then east around the base of a ridge and started ascending east up an unnamed drainage. I am not sure what the history of this trail is but it hasn't really ever seen maintainance. Despite that it was pretty easy to follow. Lower in this unnamed drainage there are numerous, huge beaver ponds that are a spectacle to see. Shortly above the last really big pond (which must actually be partially crossed on the monster beaver dam!) the trail crosses to the south side of the stream, and crosses another unnamed stream coming in from the right. After this is was through open trees on a gentle consistent slope until I neared treeline, at which point the trail made a turn to the right at 11800 feet. Here, I left the trail (which was becoming harder to follow anyways as the forest gave way to alpine tundra) and ascended up a ridge just above some 150 foot cliffs. I followed along the top of this drop (which was the only cliffs of any kind around) and emerged onto the more broad SW slopes of the mountain. Looking up towards the summit I could see some fresh snow even from the night before.

I made an ascending traverse in a NNW direction up open grass until reaching the 13600 foot saddle just south of the summit. As I got higher, the wind got very strong, slowing my progress. From here I continued north up the final 300 feet on the now very windy ridgecrest, trying to stay on the east side whenever possible. The final wak on the flat summit plateau I almost was blown over a few times. Luckily there was a huge cairn as tall as I am on the top to give me some wind shelter while I ate my snack. Unfortunately the views weren't that interesting so I didn't really take many photos. I pretty quickly got cold and raced back down the slopes to the trees, and back down the trail to the road. It took me about 4 hours round trip from where I parked to summit, and by 3pm I was on my way out of Creede heading back to Denver. 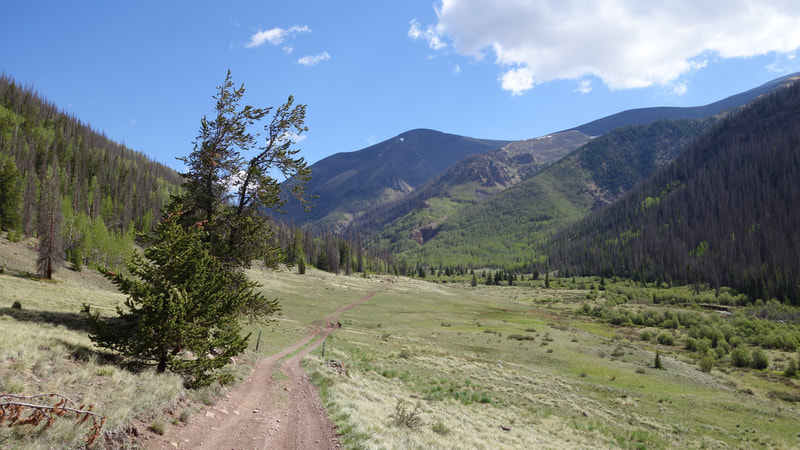 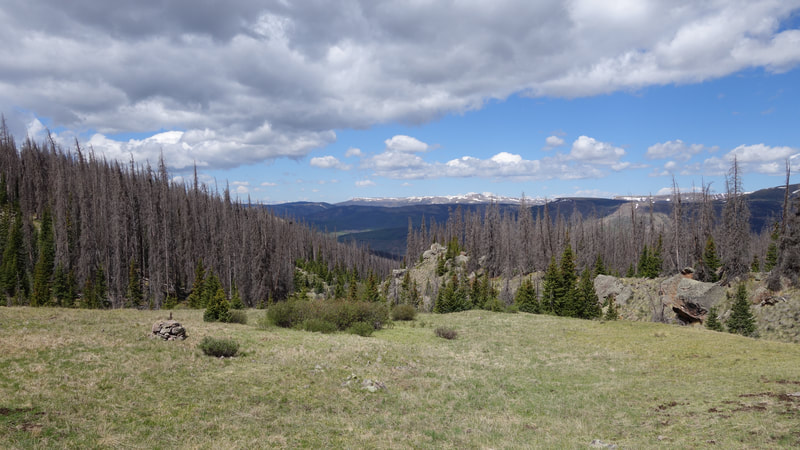 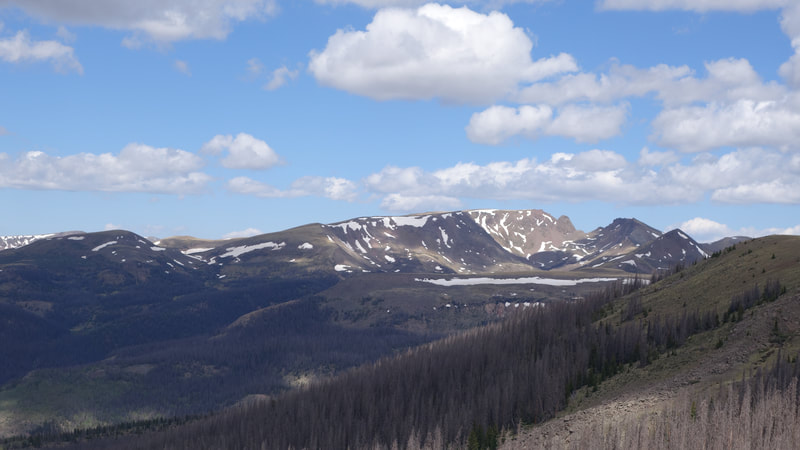 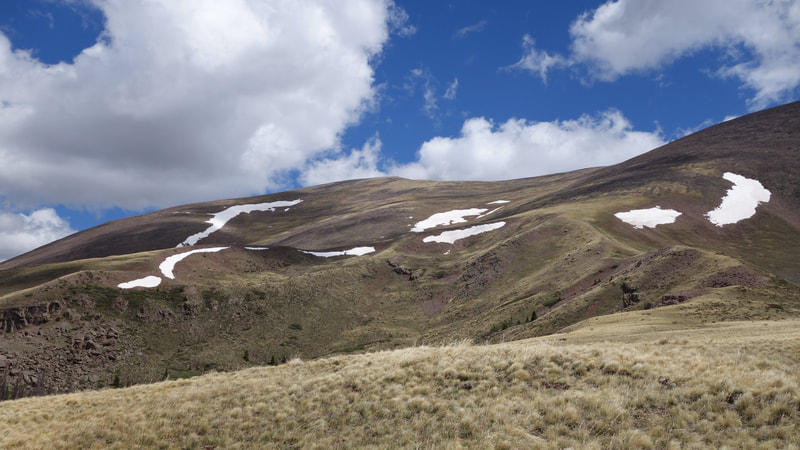 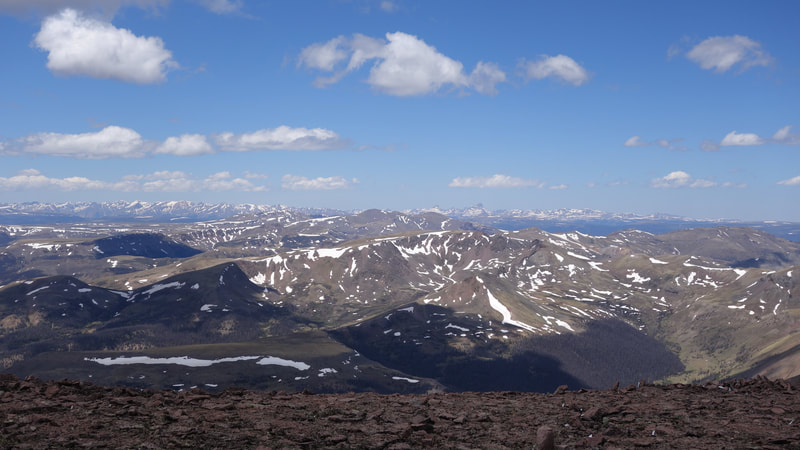 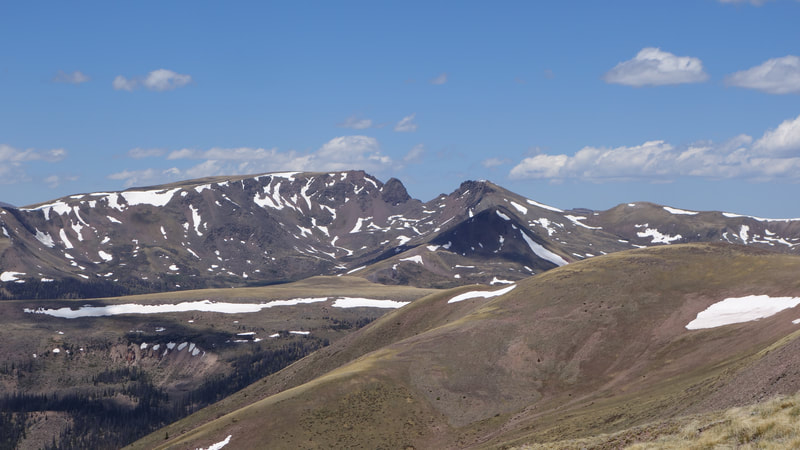 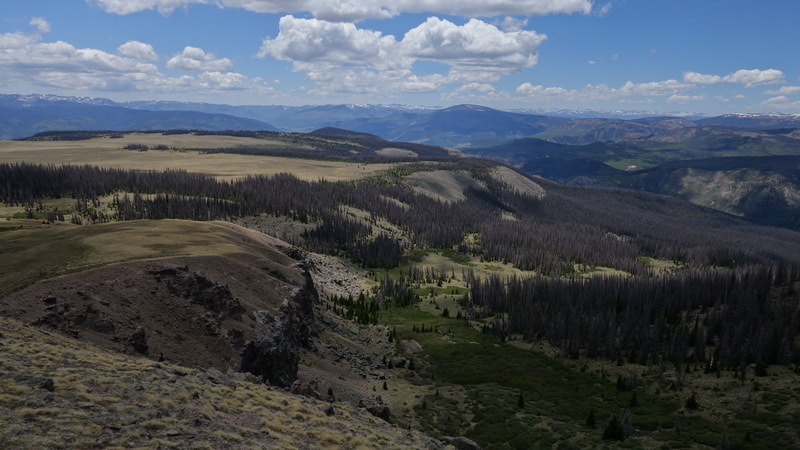 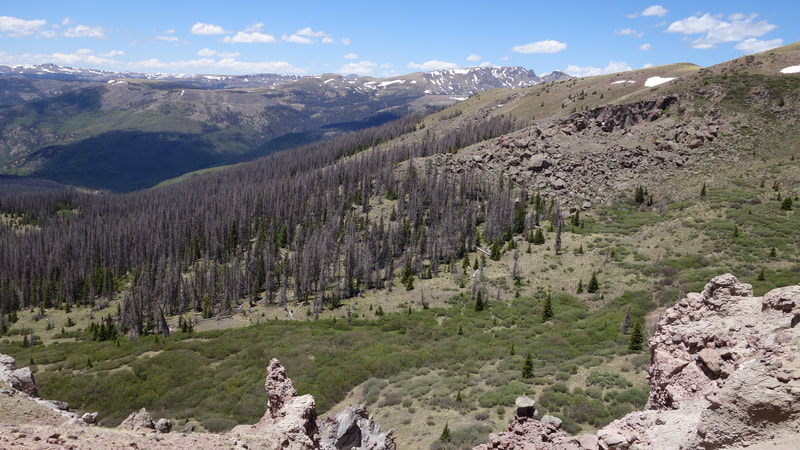 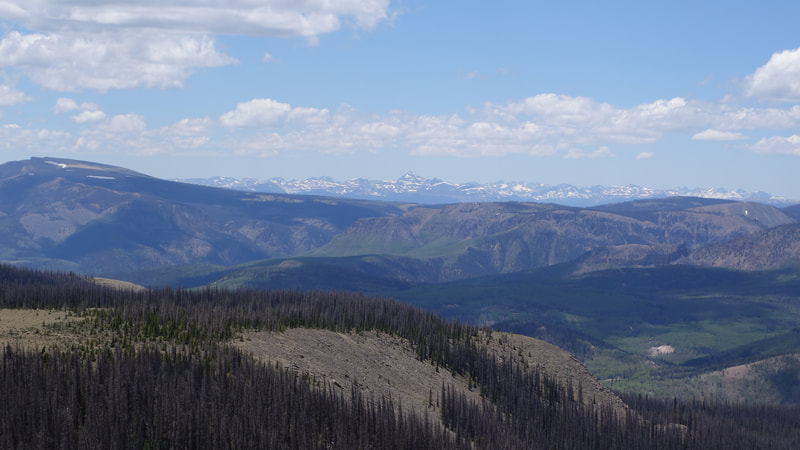 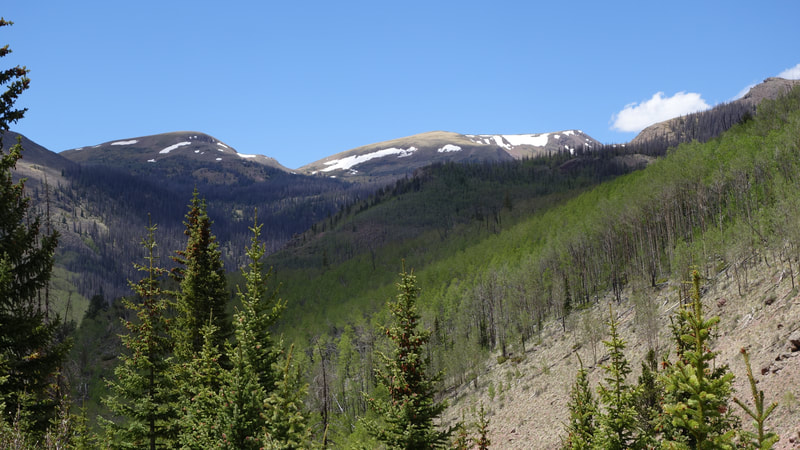 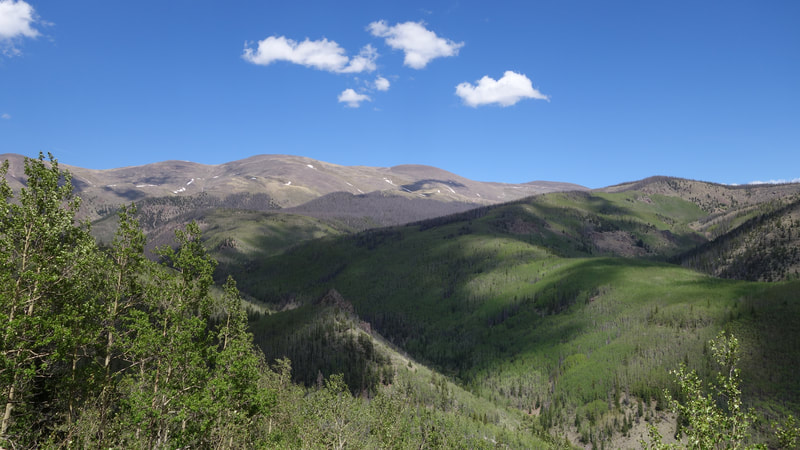 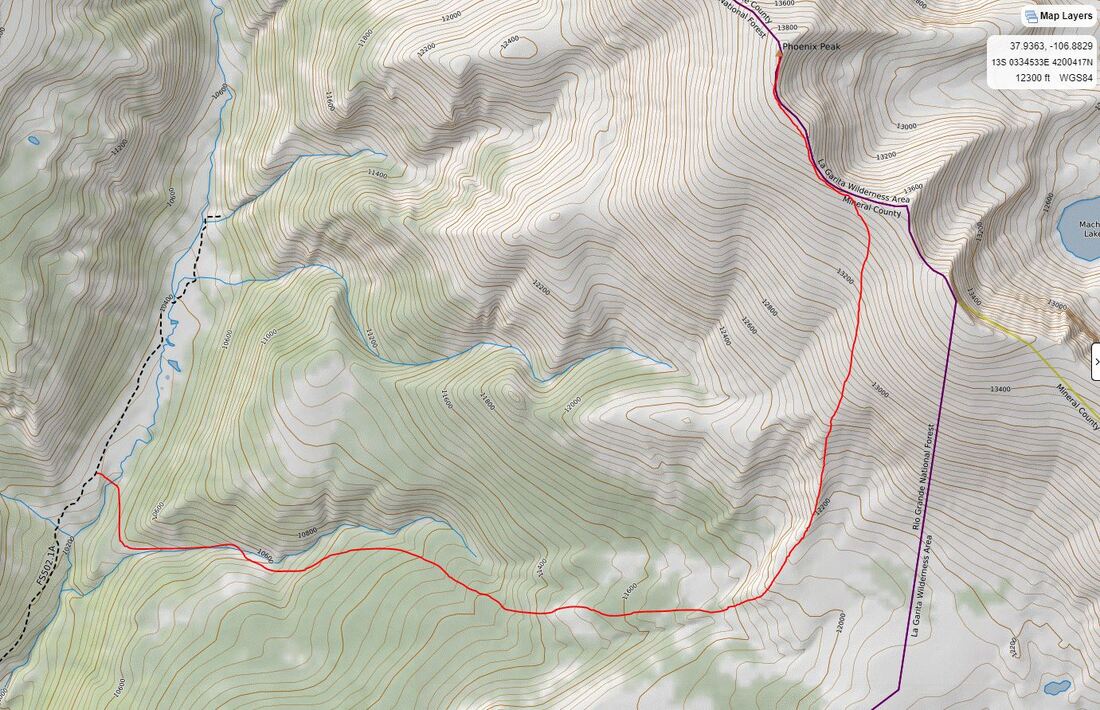 Route up Phoenix Peak from where you leave the 4WD road