After climbing Baboquivari, Josh and I drive back up to Flagstaff since we wanted to do a ski trip on Arizonas highest peak, especially since there was a considerable amount of snow on the mountain. A handful of other people had recently made it to the summit and I wanted to ski something on our trip. Early in the afternoon he day after a family reuinion in Phoenix (I had dropped Josh off for a couple days in the mountains south of the city) I returned to pick him up and we drove north back towards Flagstaff. We drove up to the ski area parking to scout out the beginning of the trail to Humphreys Peak, then drove back to Flagstaff for a motel for the night. At 4am we drove back up to the ski area parking, and at this early hour no one was around. We got front row parking and located the start of the Humphreys Peak trail. In the dark, we skinned up the bottom of one of the groomed runs adjacent to the parking lot and entered the trees. Initially we had a hard time finding the trail, and bushwhacked through snow and downed trees for 45 minutes slowly making our way upwards which was very tedius with the skis on.

Eventually, as twilight started to slowly light the area we located the trail and our upward progress substantially increased as we skinned up the trail. In short time we neared treeline where the snow depth increased and the trail became difficult to follow. We started just trying to continue straight up the mountain, and now with the summit area visible, we string together snow and avoided exposed rocky areas and small trees in order to skin up as much as possible. We hit the ridge where we were forced to remove and stash the skis. As soon as we hit the ridge, the blustry 20mph winds rapidly increased to well over 50 mph. We had just a few hundred feet of elevation gain left, but with winds increasing more as we walked higher on the ridge, we were barely able to walk, or even face upwind. Visability was also near zero despite the sky being clear due to the amount of blowing snow. As we reach the summit, Josh and I spend about 10 seconds at the top before turning around and walking back down the wind was so bad, which I estimated about 70mph. We quickly made out way back to our skis, and picked them up without hesitation, and continued traversing downwards, but sticking closer to the ridge as we walked on talus with thin snowcover carrying this skis in an effort to get closer to the top of the ski area before putting the skis back on. Once we hit treeline again, we put the skis on and Josh and I ended up taking different routes back to the car. I made a long leftward traverse and emerged onto the ski slopes which I took an easy ride quickly back down to the parking area, while Josh took a route closer to our ascent and hit the trail. By early afternoon we both made it back and started the drive back to Grand Junction. 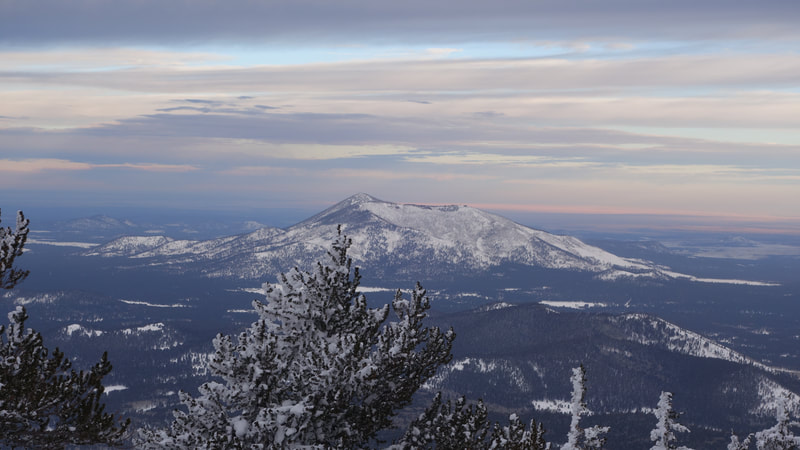 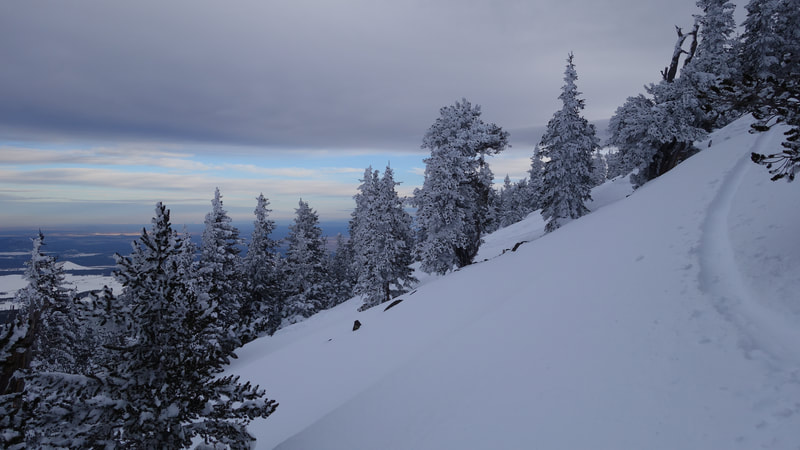 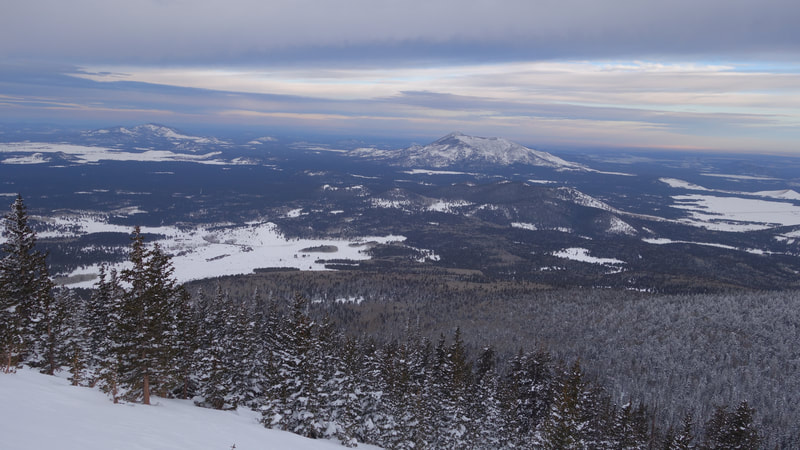 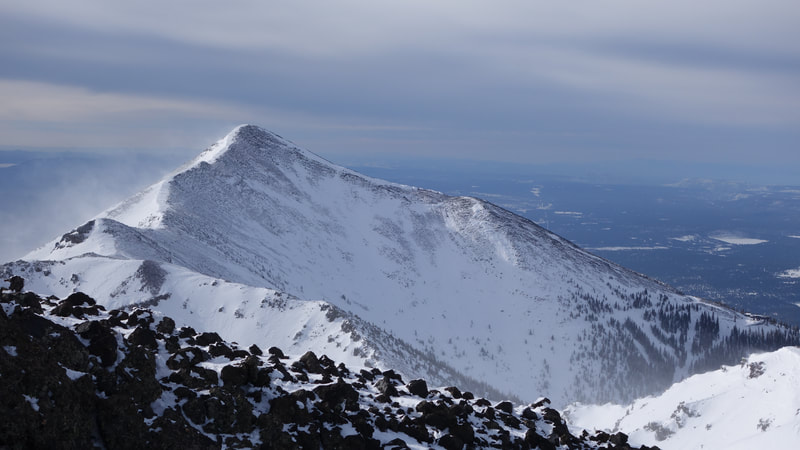 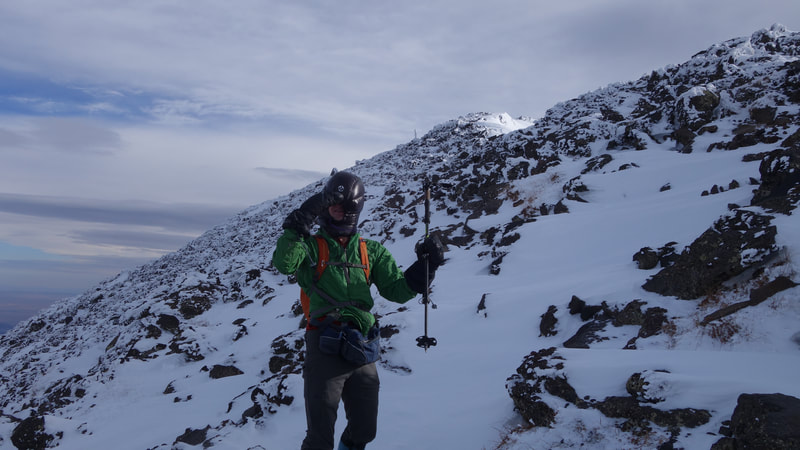 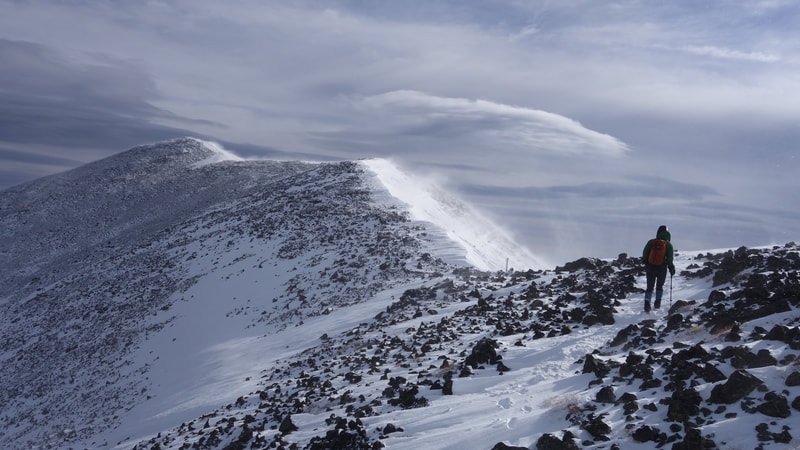 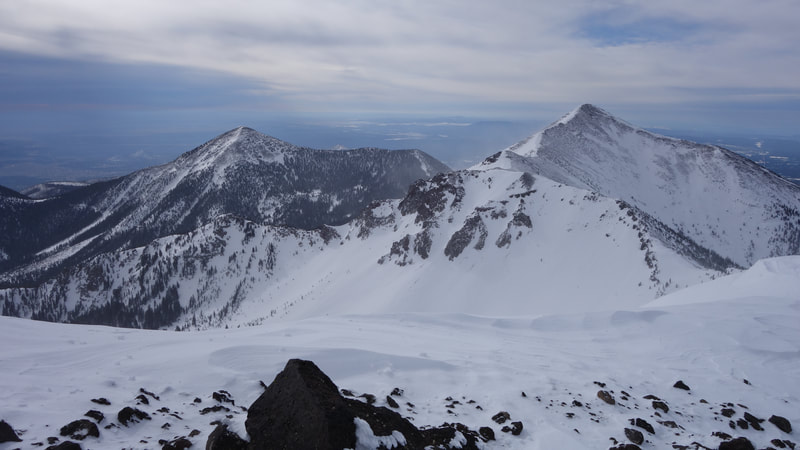 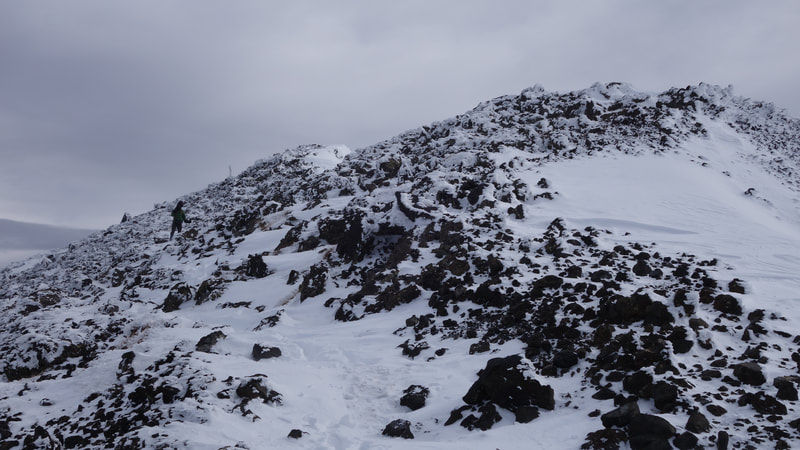 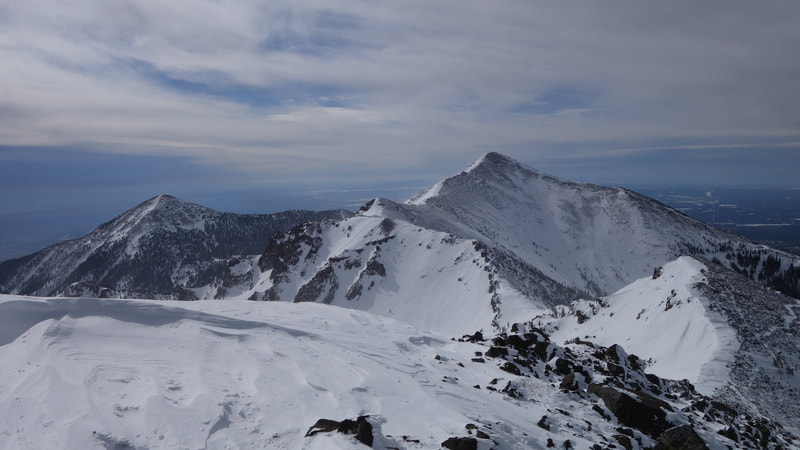 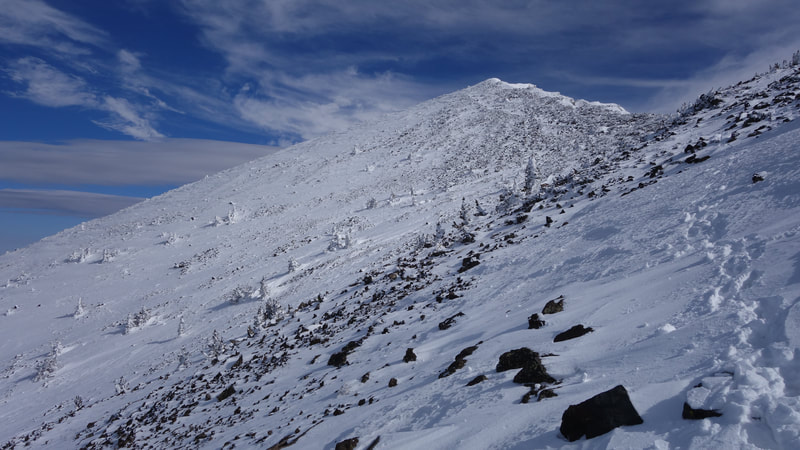 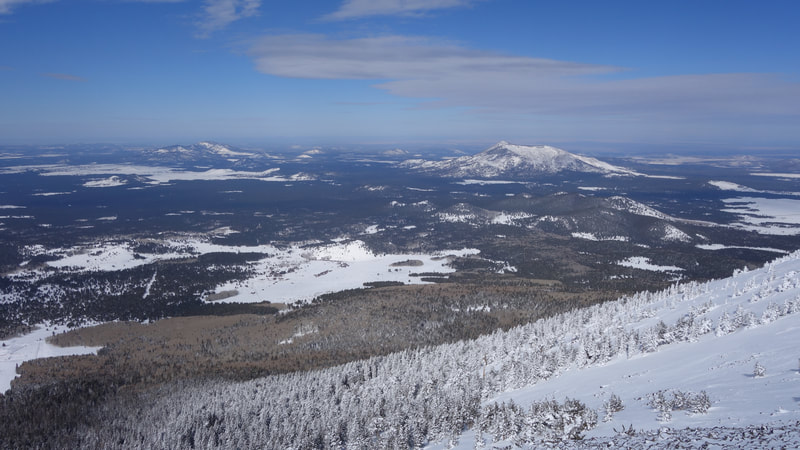 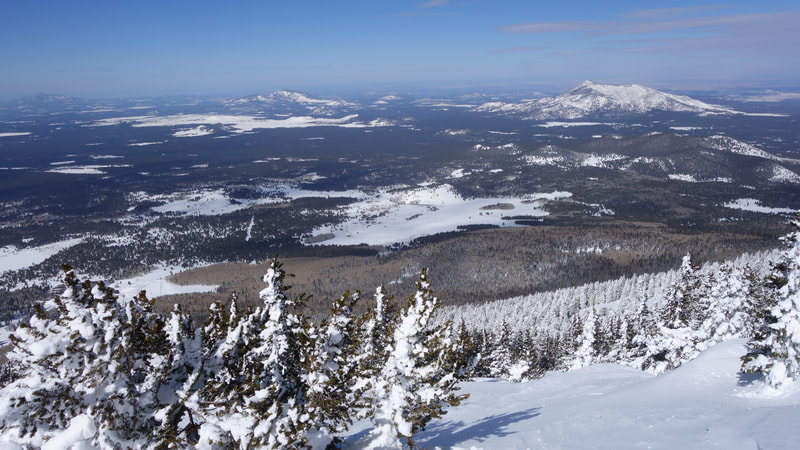 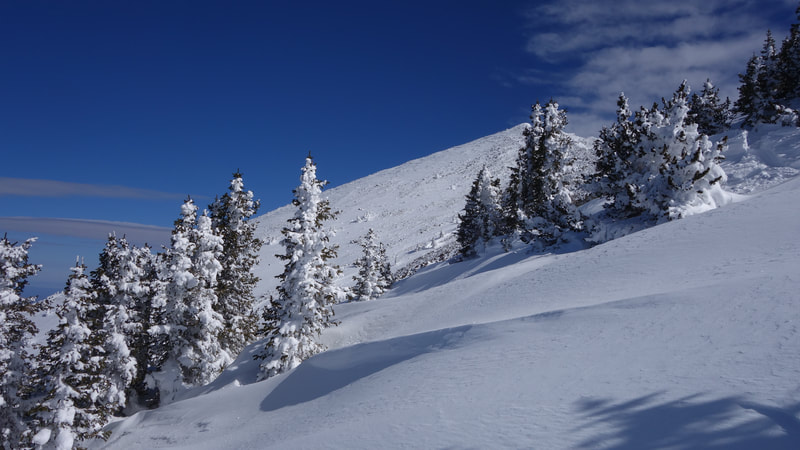 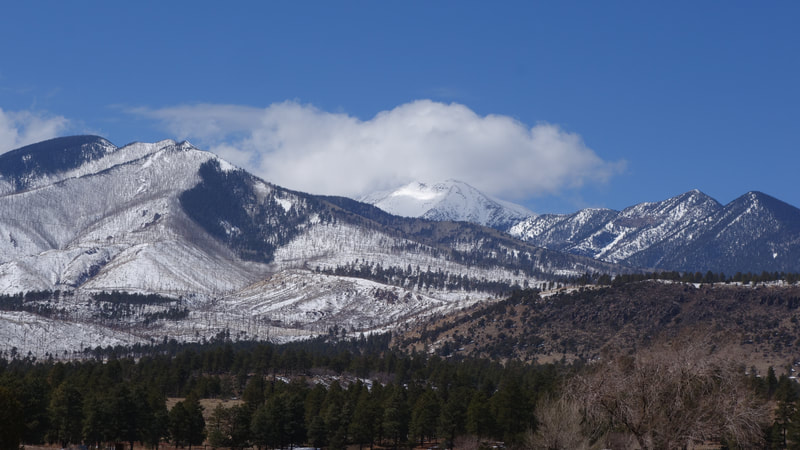 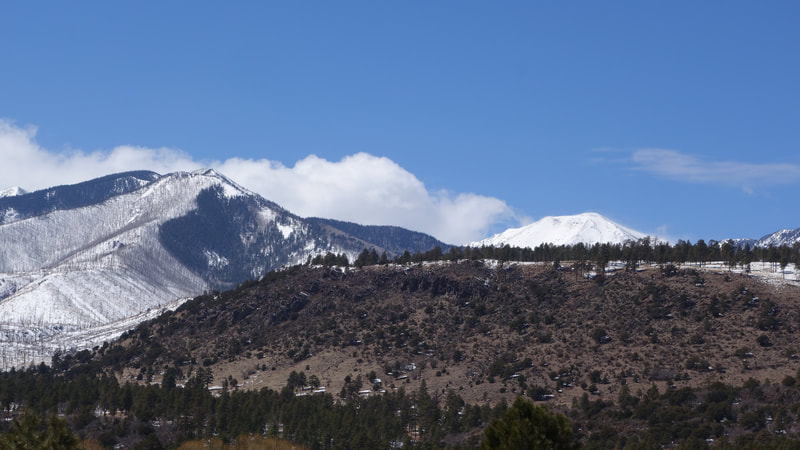 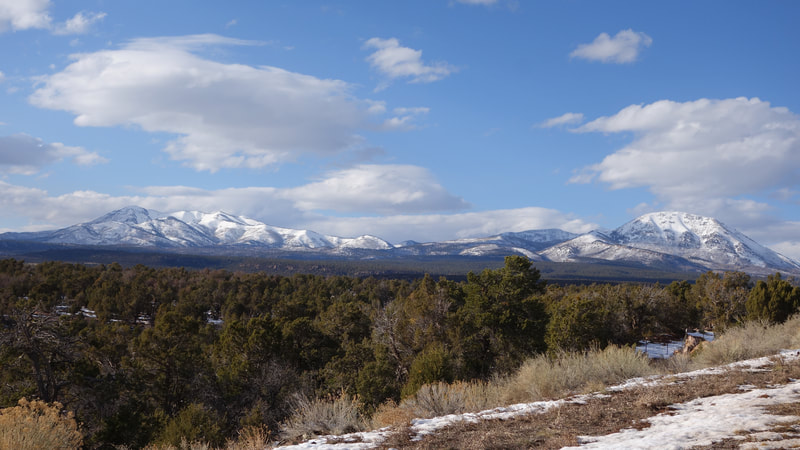 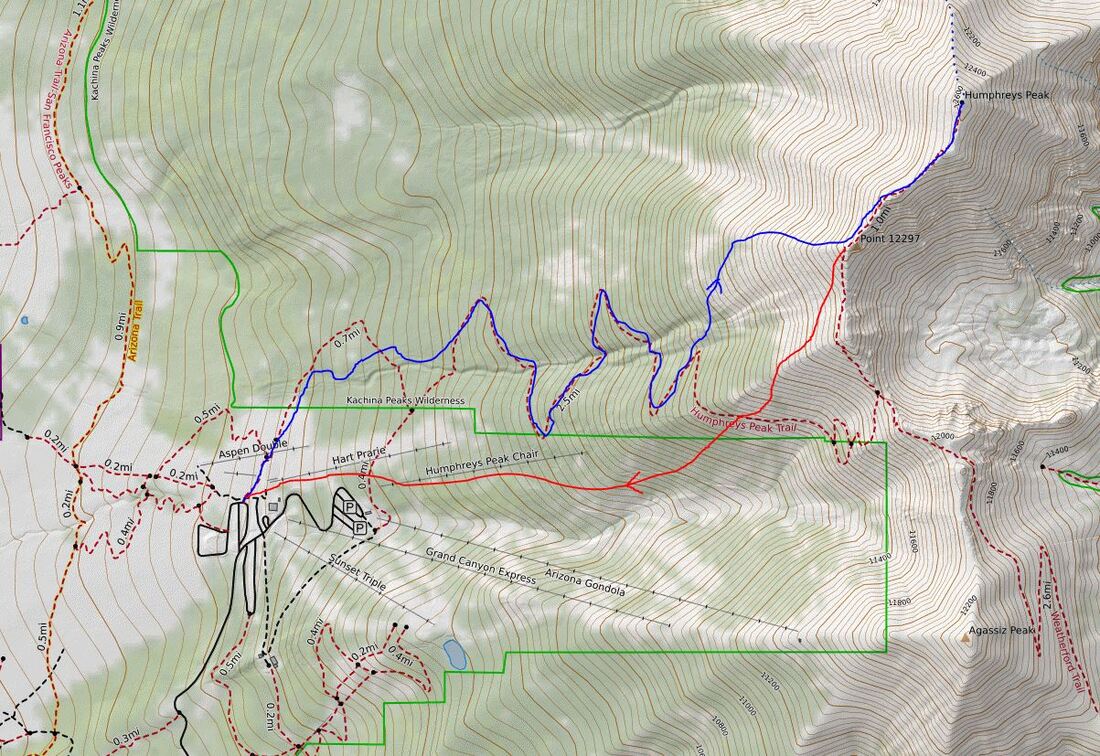