Located in the Pacific Northwest, Oregon has many similarities to Washington. Rugged coastlines, thick evergreen forests, and snowcapped mountains are common in both states, however Oregon lacks the land protection that is so prevalent in Washington, meaning that much of the lands here are either logged, overused or simply just doesn't have the same wilderness appeal found in WA. Oregon does have a significantly larger number of volcanoes than WA though, but lacks the rugged mountains typically found in the North Cascades. Eastern WA and OR are very similar, consisting of open grasslands and geologically young basalt fields. Mount Hood is the highest mountain in Oregon, and is one of the most popular mountains in the US to climb, up there with Longs Peak in Colorado. 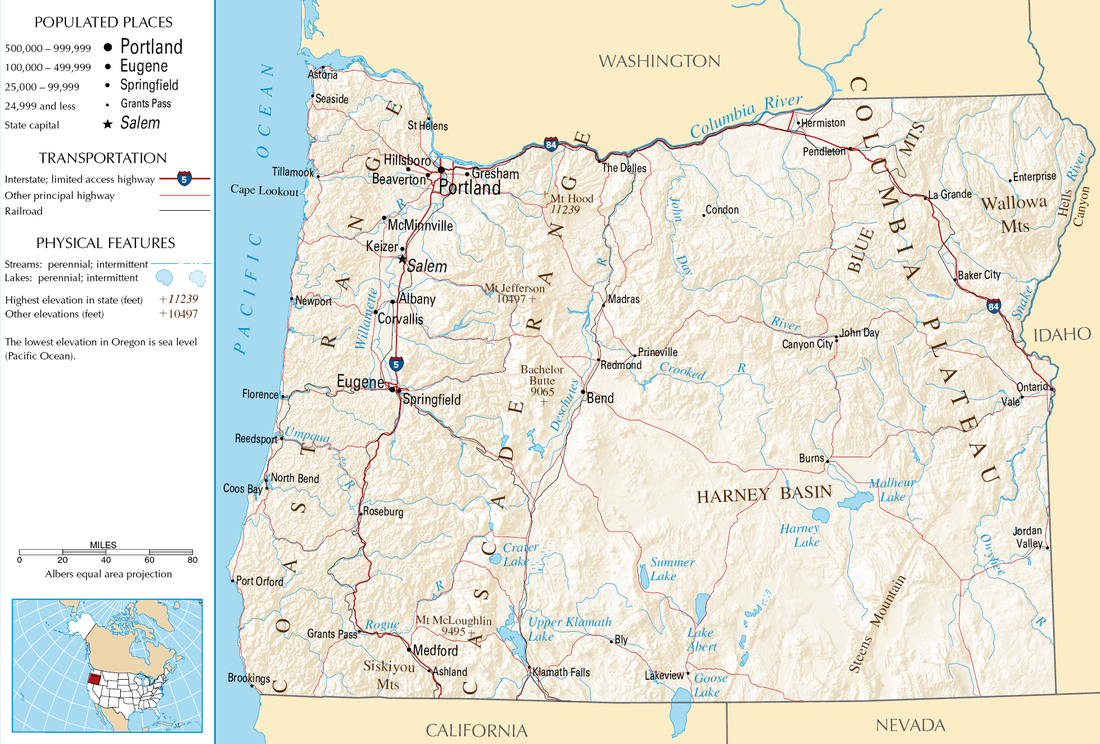