It was just a couple days before I was planning to leave for Wyoming for the big Wyoming 13ers slam, so Devin and I decided to do one more early morning scramble before I left. Wheeler was just about my last ranked 13er I had not yet climbed in the whole Tenmile-Mosquito Range (other than Bartlett, Peak 9 and the Buffalo Peaks). Devin also wanted to do another scramble and since Wheeler would be super quick, it fit the bill perfectly for me to make it back in time for work. So at 4am I met Devin at the Montgomery Reservoir Trailhead and in the dark we started hiking up the Wheeler Lake 4WD road. As we reached Wheeler Lake, about 4 miles up twilight began to light up the landscape and we quickly continued up to the smaller upper lake which sits at 12500 feet and ascended easy slopes NW to the 13360 foot saddle south of Wheeler. The sunrise was glorious and brightly lit up the eastern slopes warming our chilled hands. 20 minutes after sunrise or so we started the scramble, and continued north up the ridge. Most of the way was class 2+ and class 3 in a few spots. We passed any difficulties on the shady west side, and the final scramble to the summit involved crossing a loose gully on the west side. The views off to the west of the Climax Tailings facility I sometimes work at was interesting, and Holy Cross really stood out behind it. Thankfully I was able to make it back to the car just a bit after 8am and made it back with plenty of time to start work. 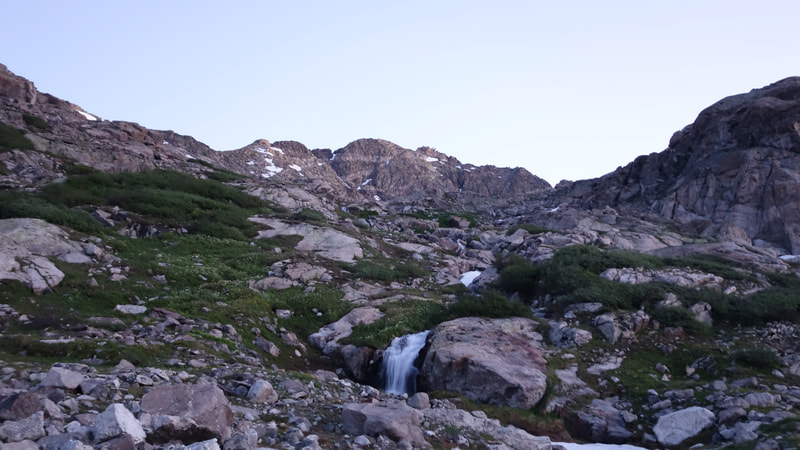 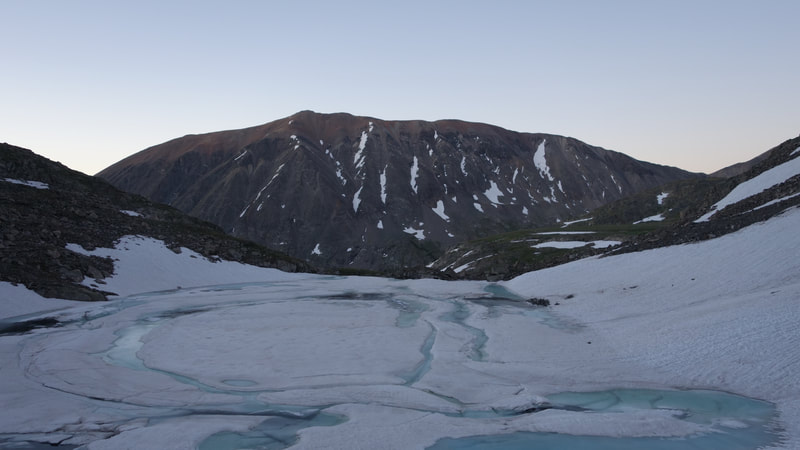 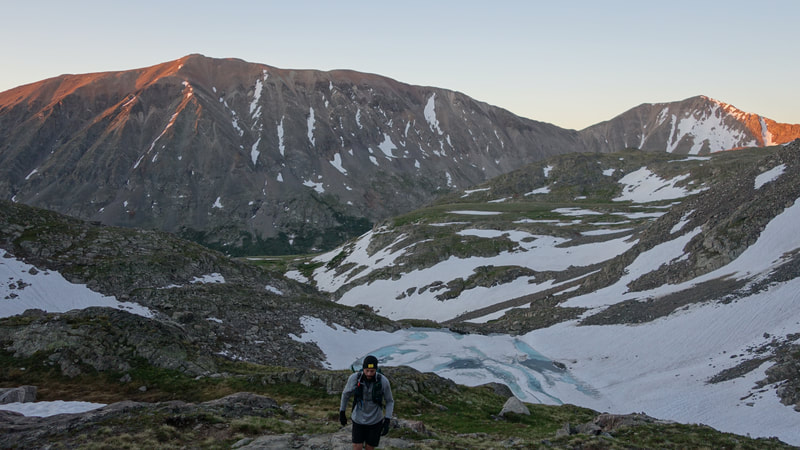 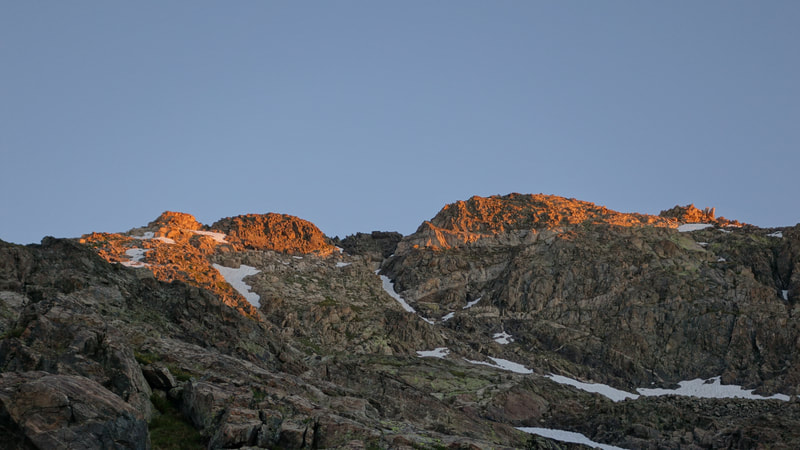 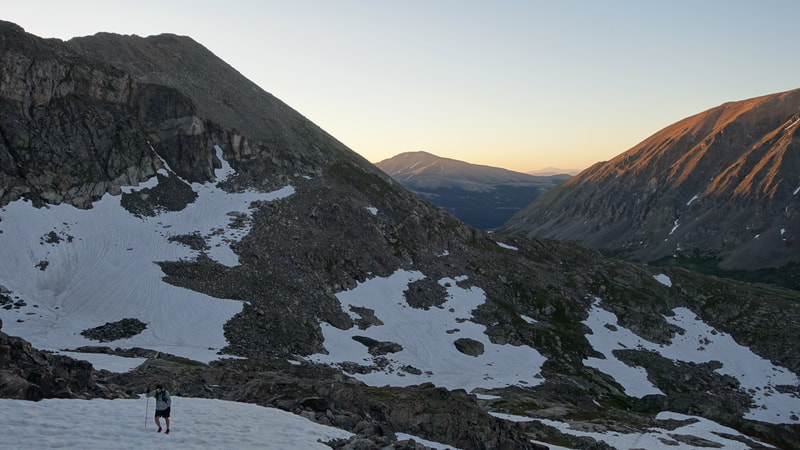 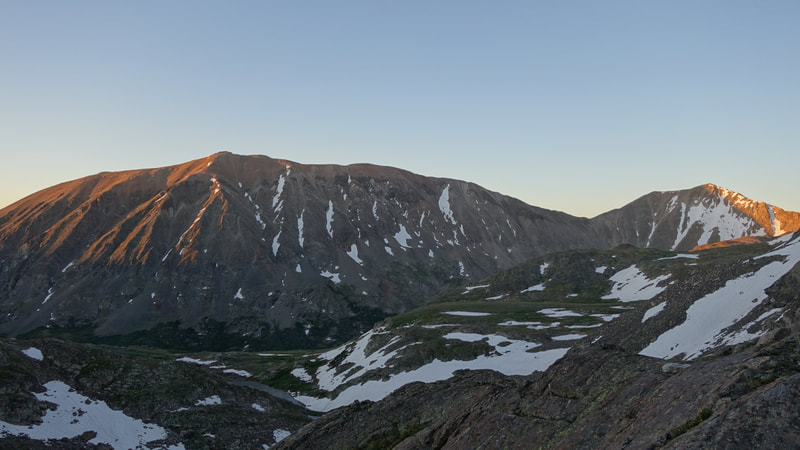 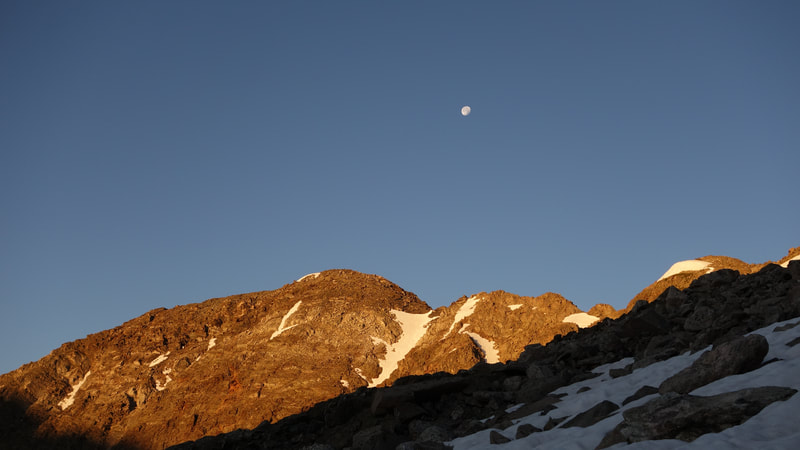 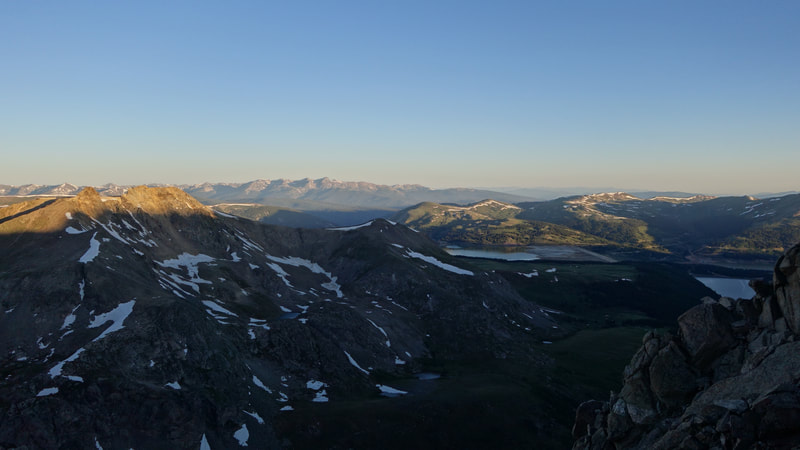 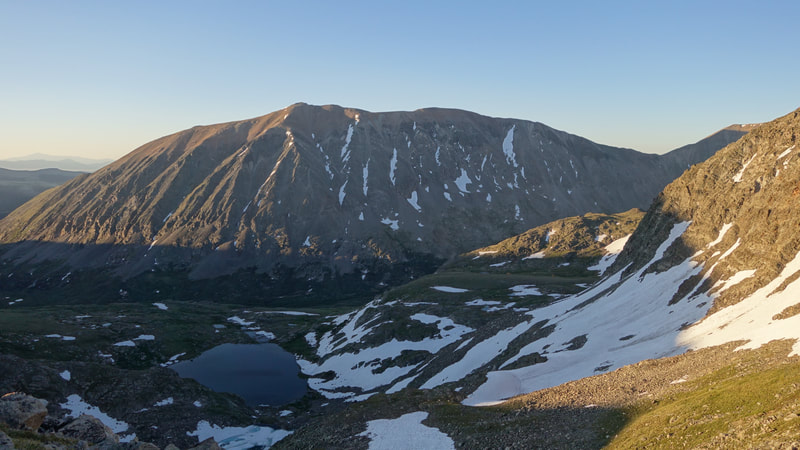 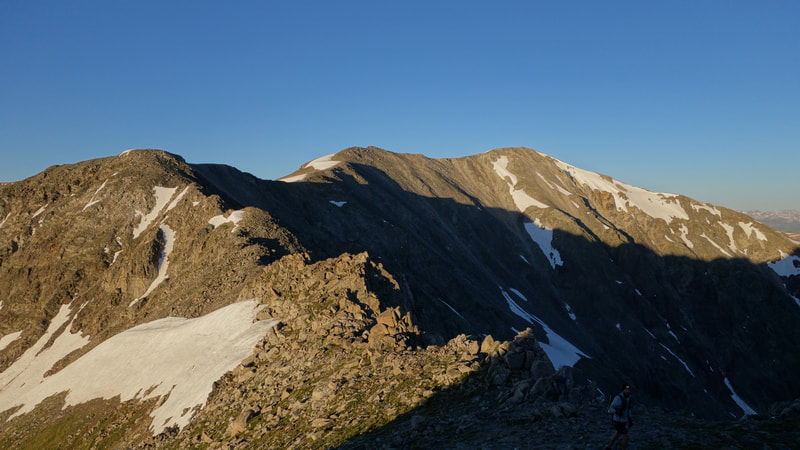 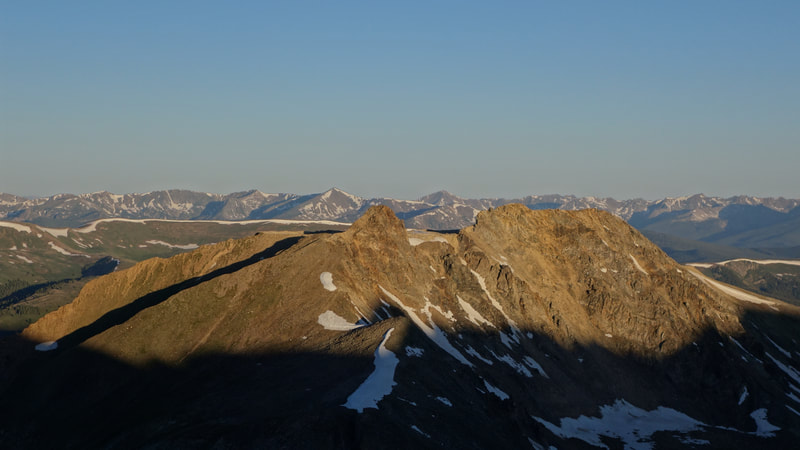 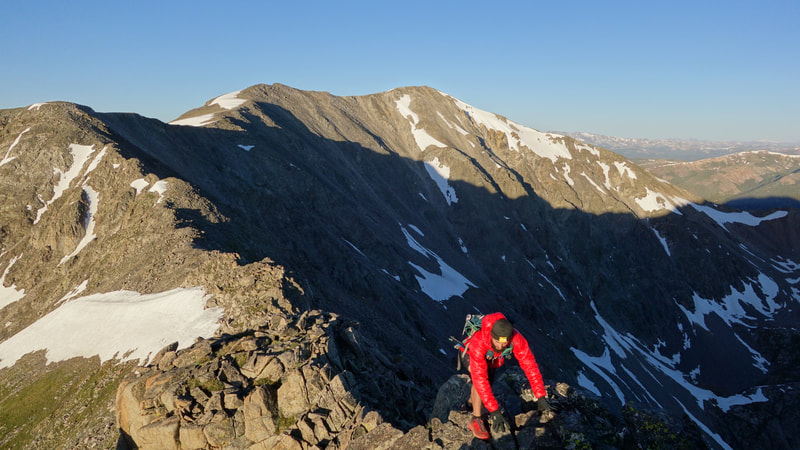 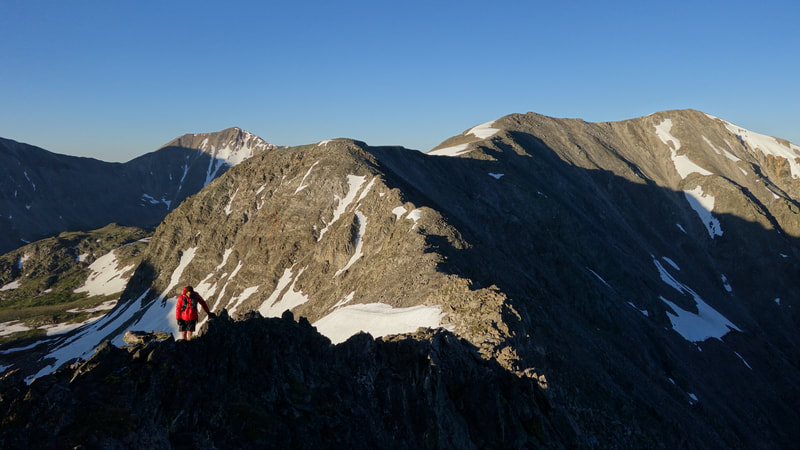 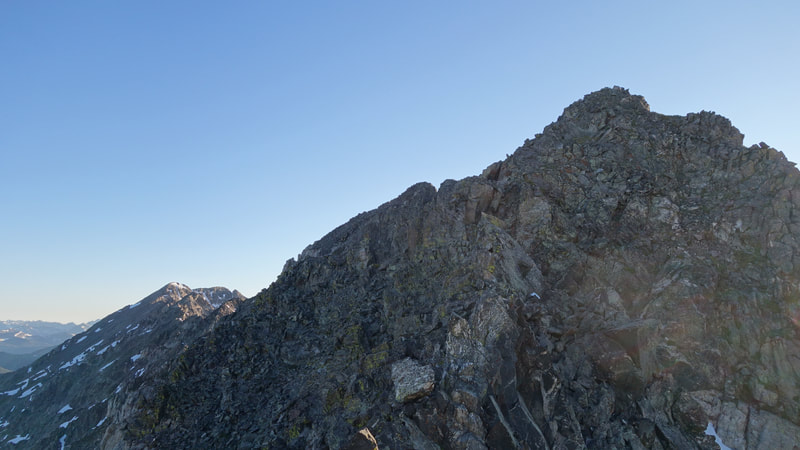 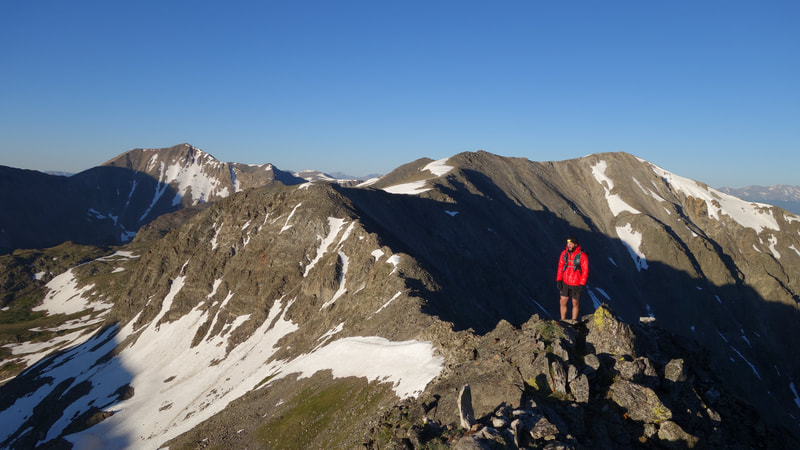 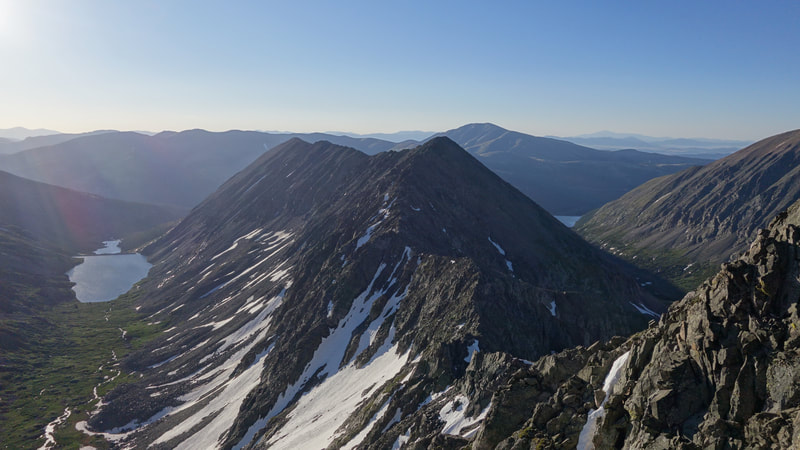 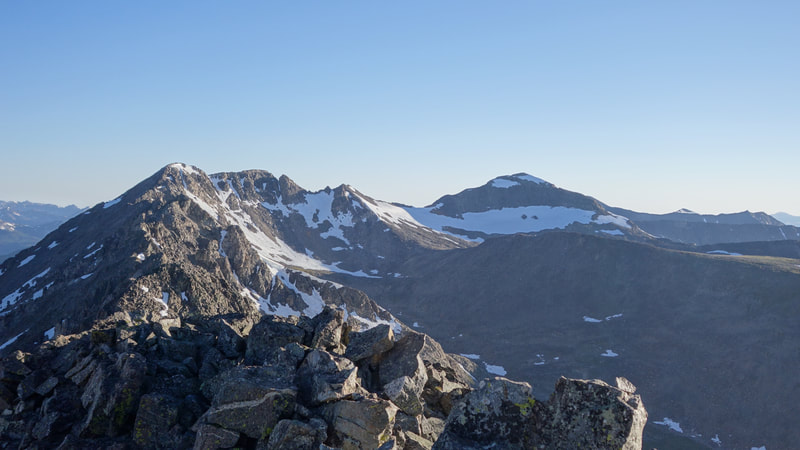 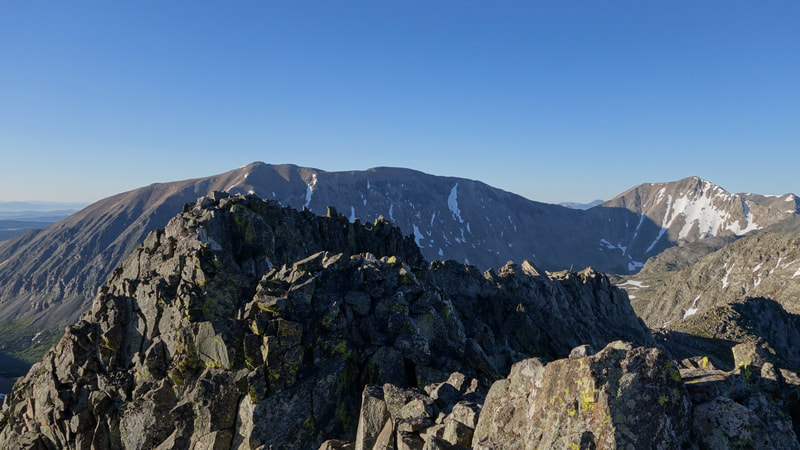 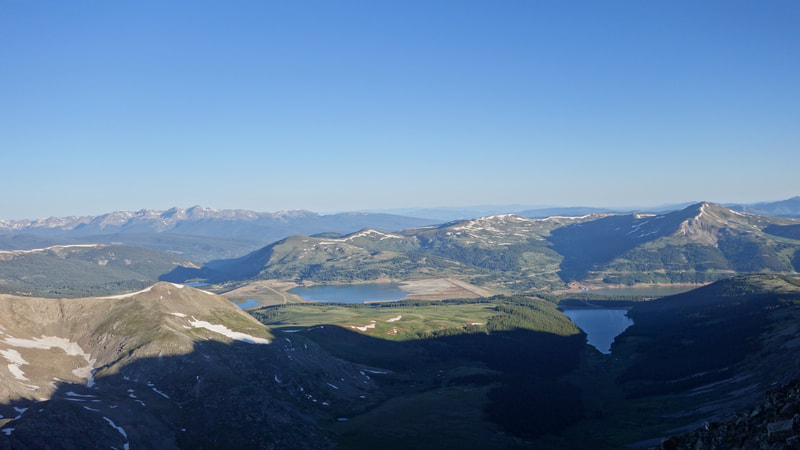 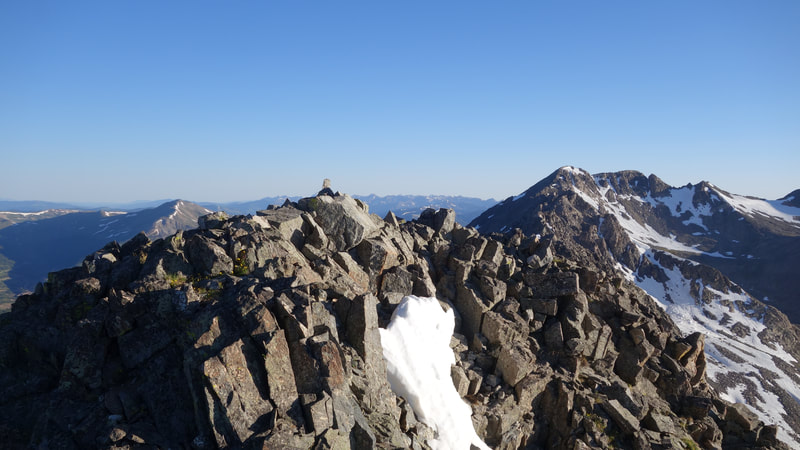 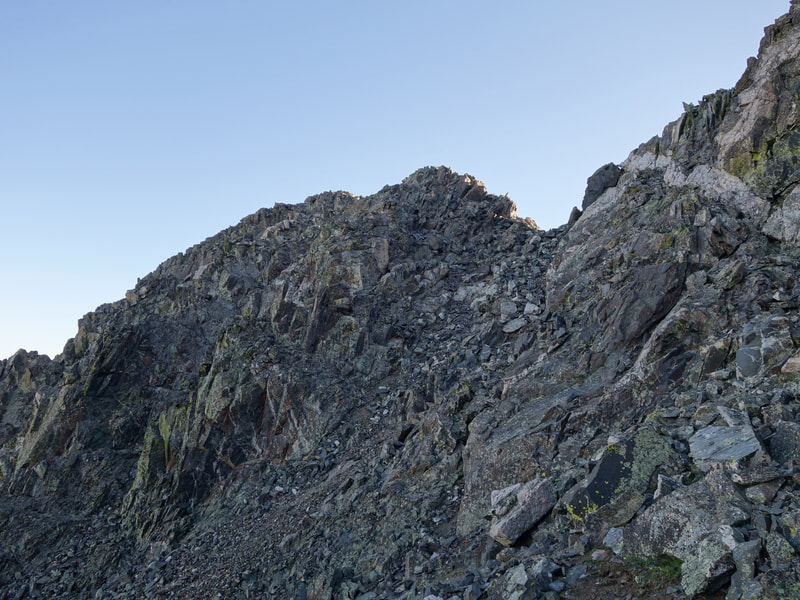 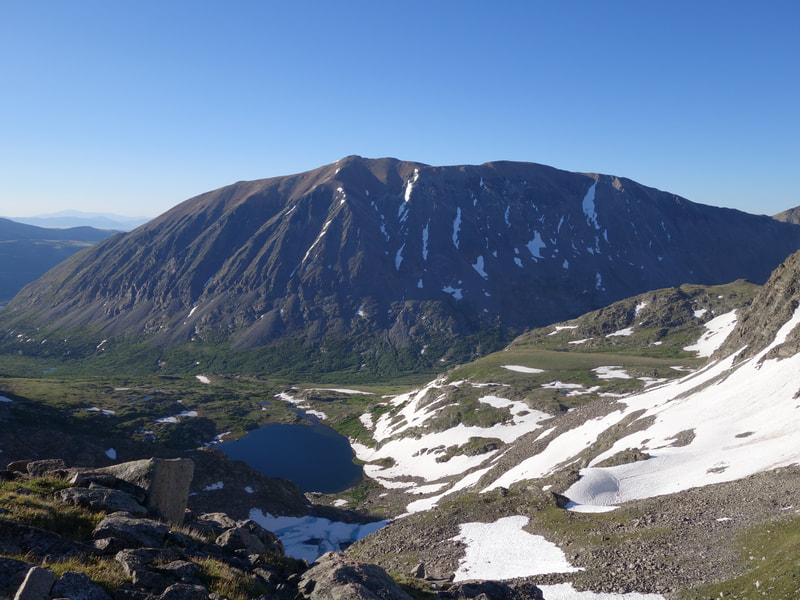 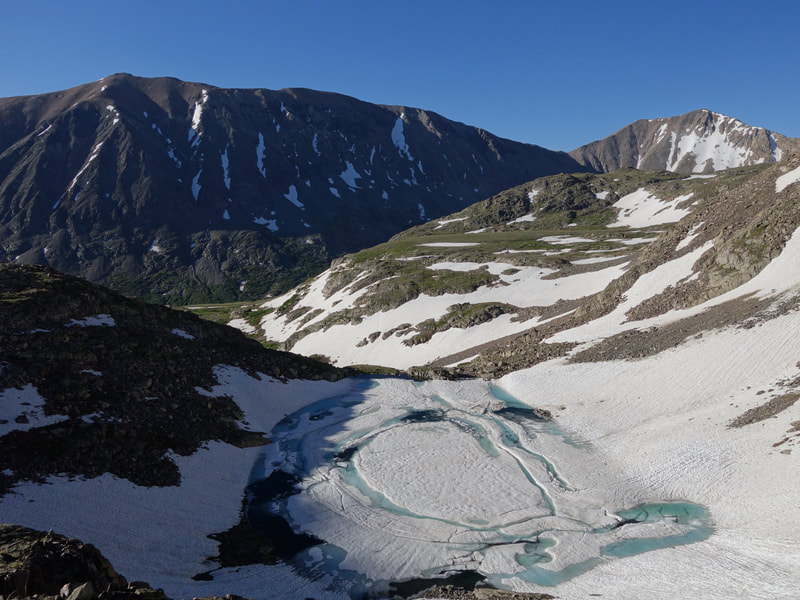 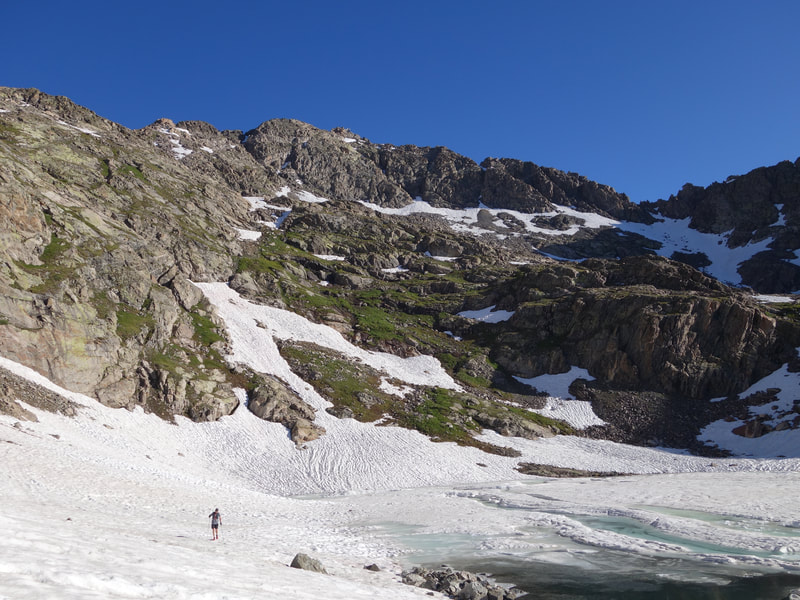 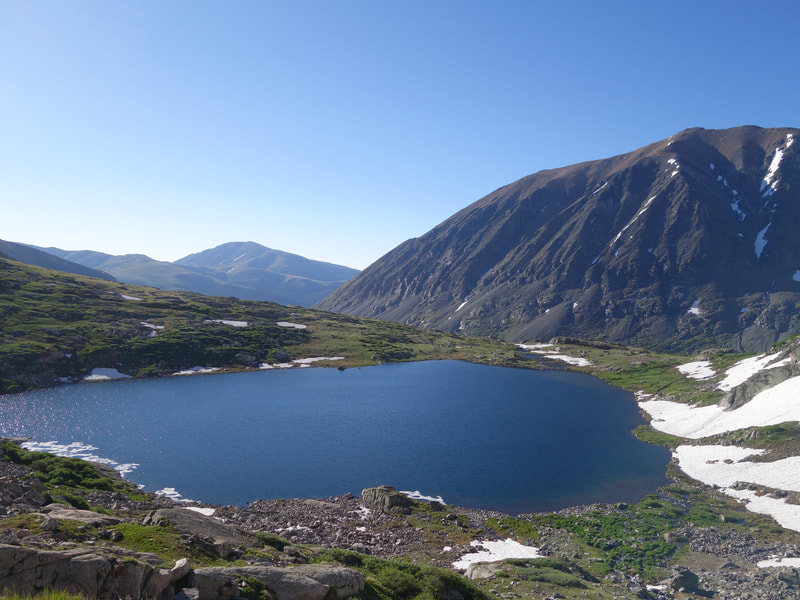 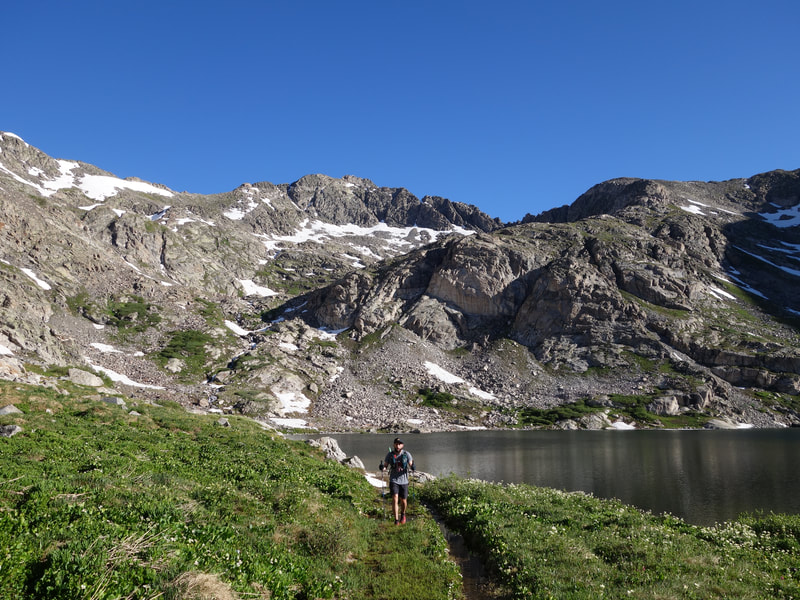 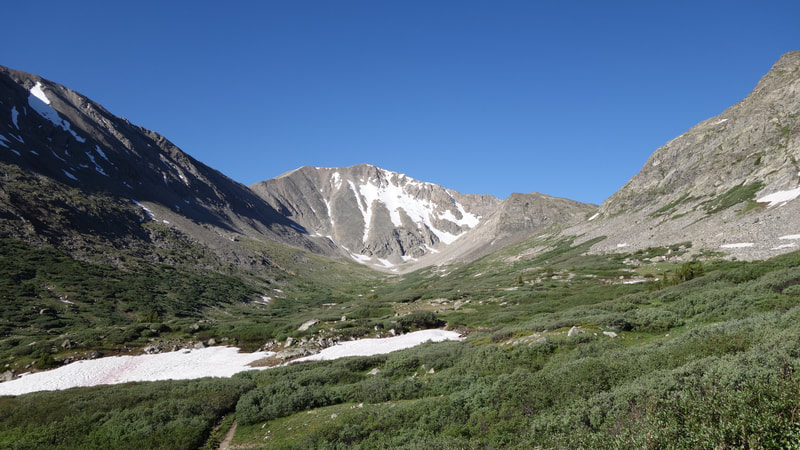