In September 2016, I hiked up Larch Valley, above the popular Moraine Lake parking area for an attempt on Mount Temple. Due to deep powder and incoming weather, we didn't mke it far above Sentinel Pass that day, however I was drawn by the mountain directly opposite Temple that day, and upon researching the map after returning to the car I saw it was called Eiffel Peak.

​Eiffel Peak is a stunning, high peak guarding the upper west side of Larch Valley, and offers an easier, shorter climb than Mount Temple, just across the valley. Elaine, Nick and I made the scramble during early October, when the larches in Larch Valley were at their peak, and the place was stunning. Once we hit the wooden bench located among the thickest grove of larch trees, the trail forks. Heading to the right continues up towards Sentinel Pass and is the route for the standard route on Mount Temple. We went left, and made a slight descent to a small stream, then up steep scree to the crest of the long SE ridge of Eiffel Peak. The route followed the mostly gentle ridge with primarily class 1 and 2 hiking all the way to the summit. We started to hit a bit more snow about 1000 feet above the highest trees, and the final 500 feet involved some snow covered class 2+. Views of the entire Banff and Lake Louise area reminded me why the Canadian Rockies are so formidable. Hanging glaciers perched high on each of the Ten-Peaks encircling the Moraine Lake Basin, and endless scree fields make climbing these peaks a challenge. We picked a wonderful day to do Eiffel Peak. 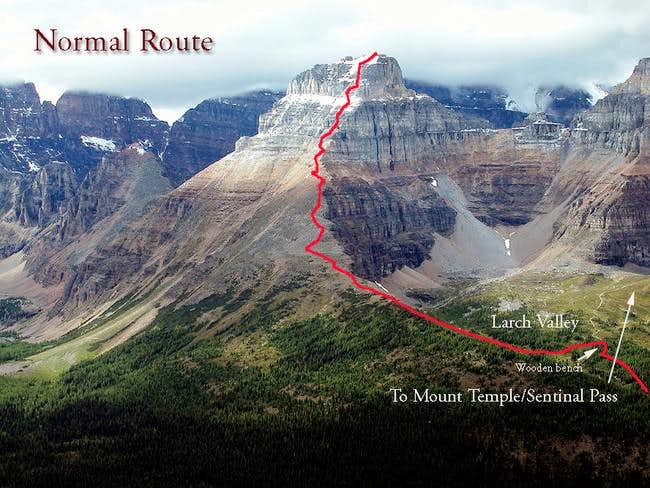 Our route up Eiffel Peak. This is also the standard route. 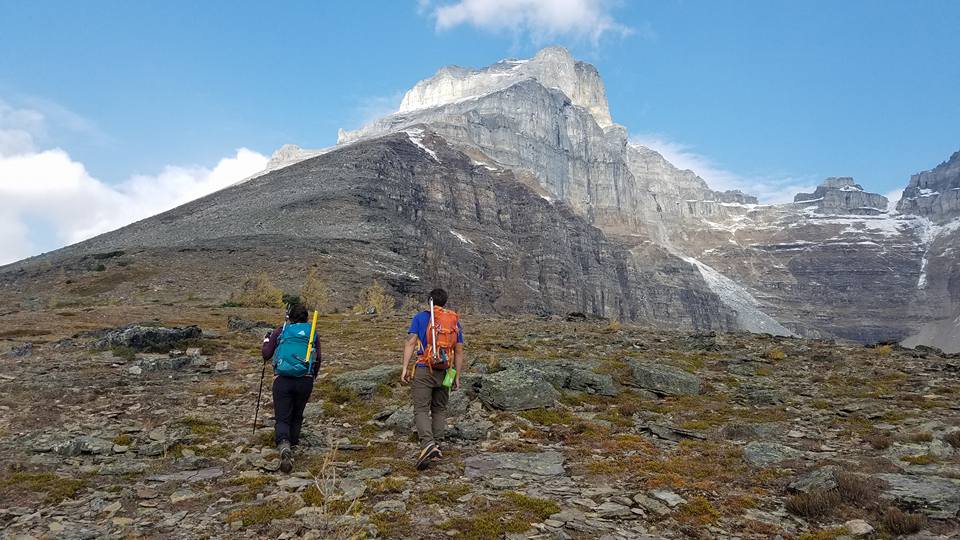 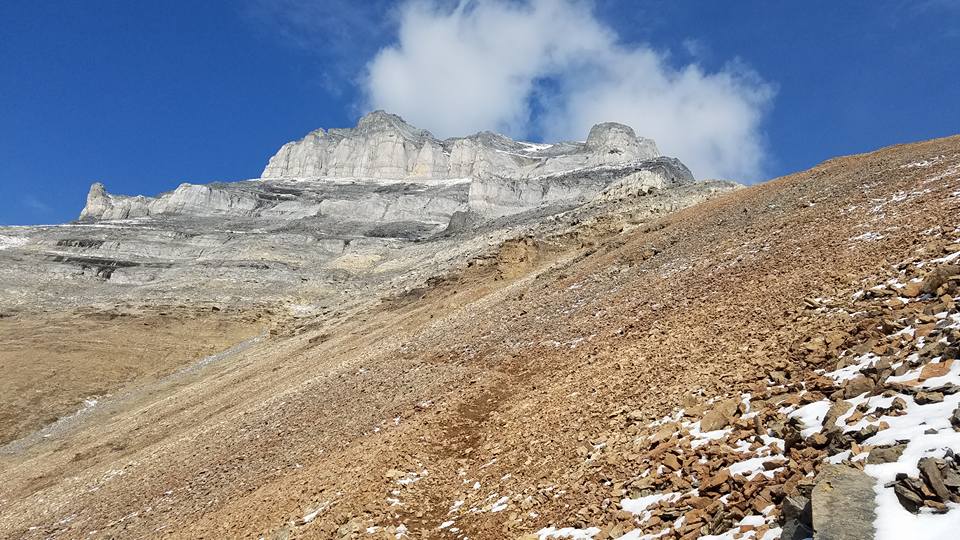 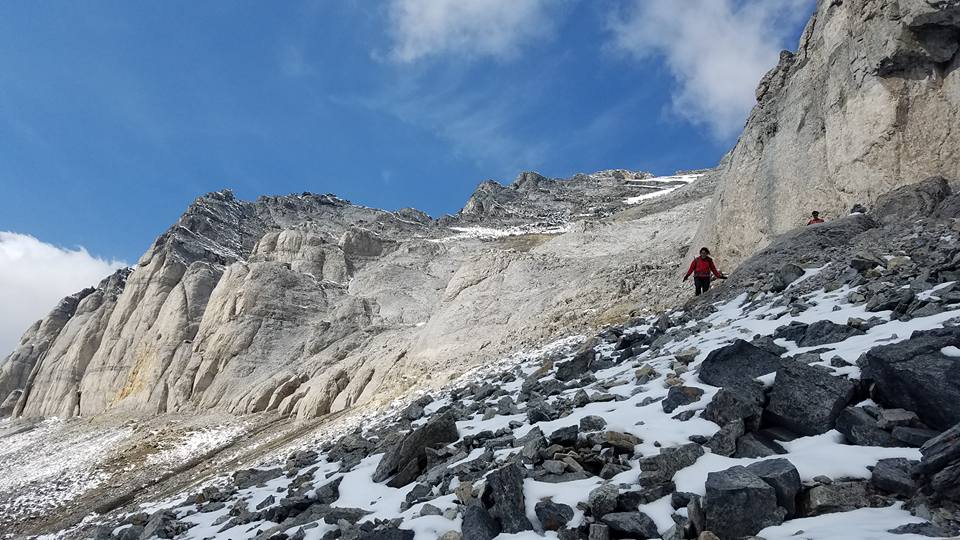 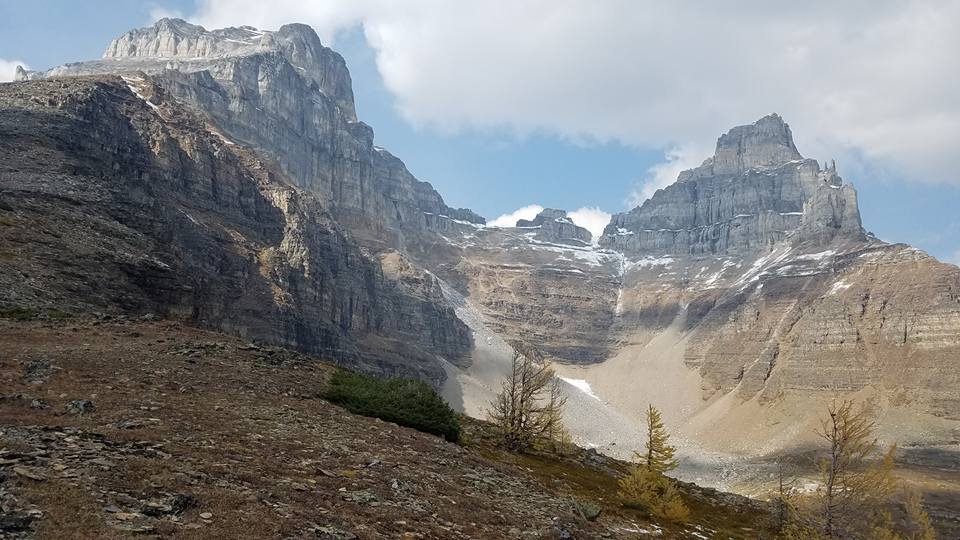 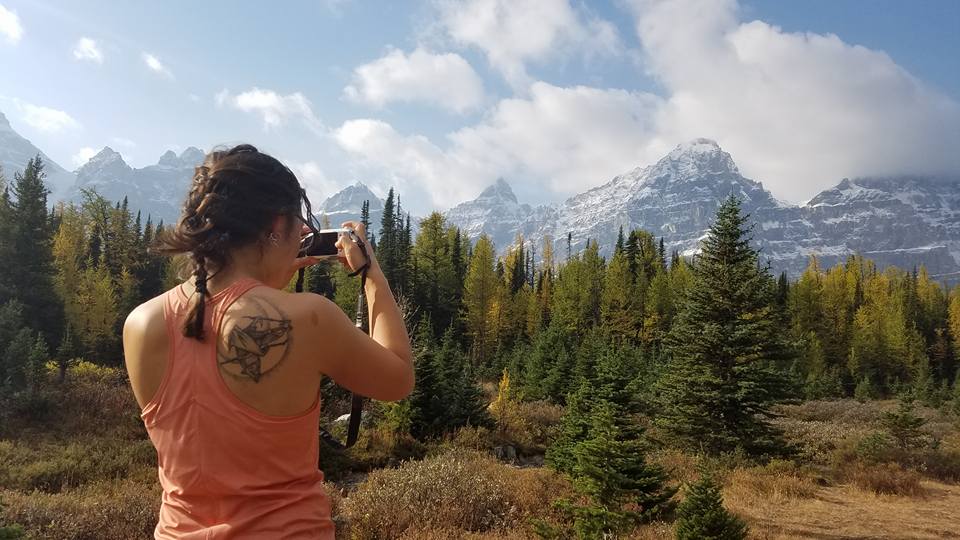 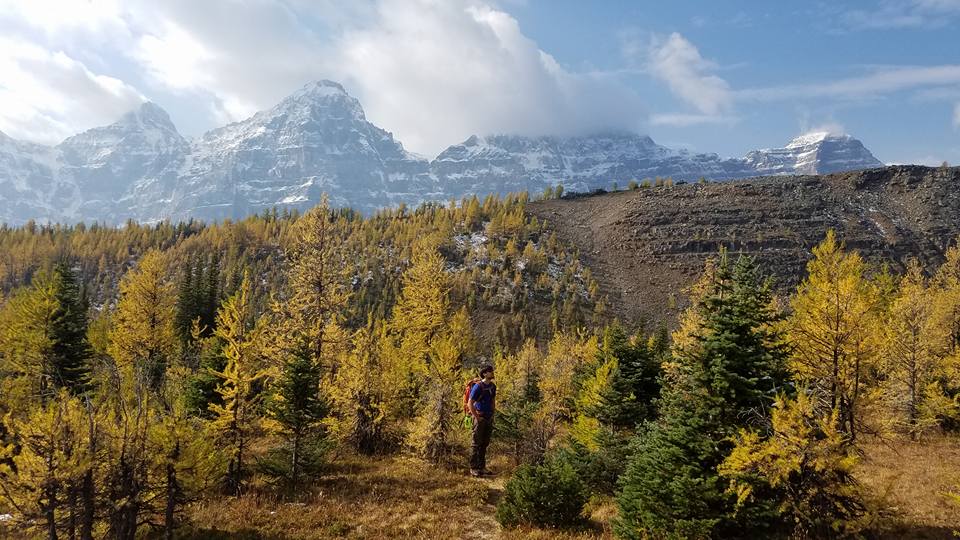 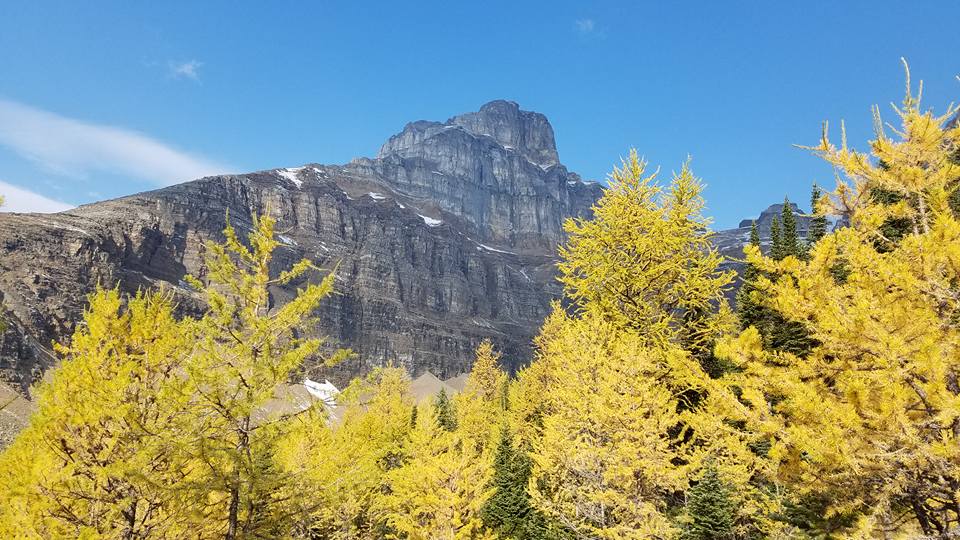 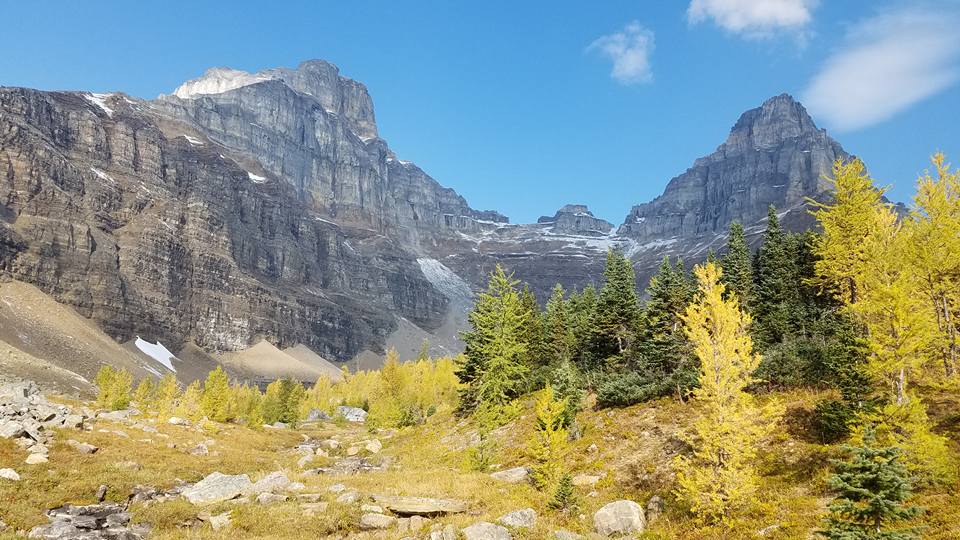 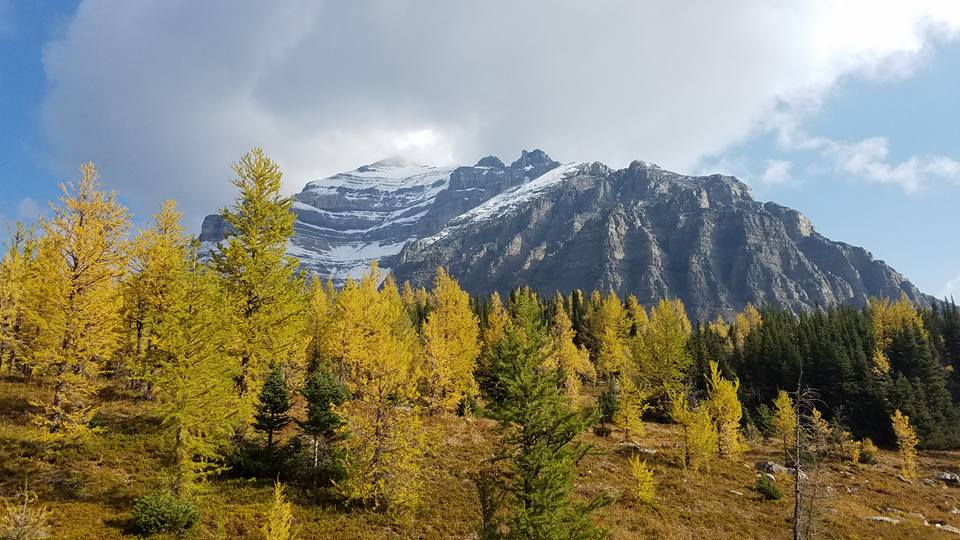 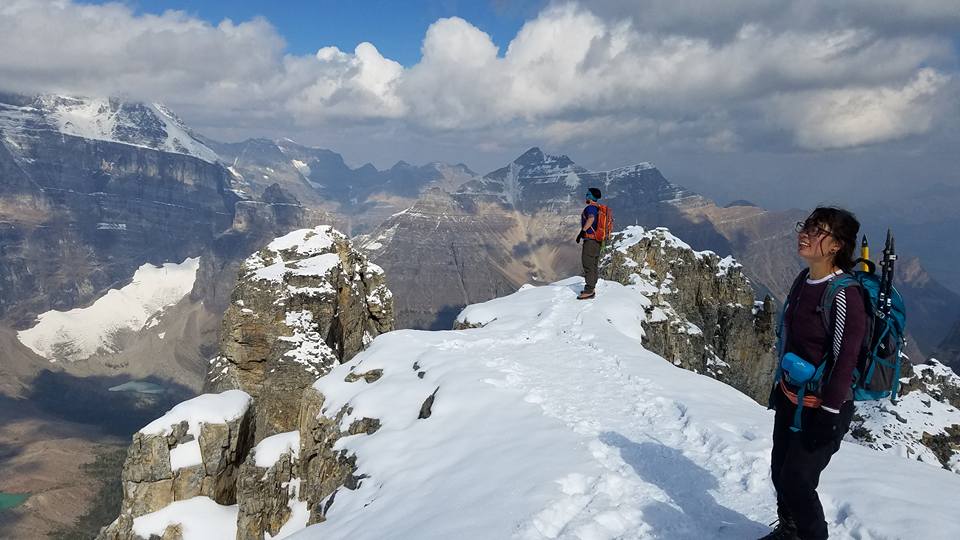 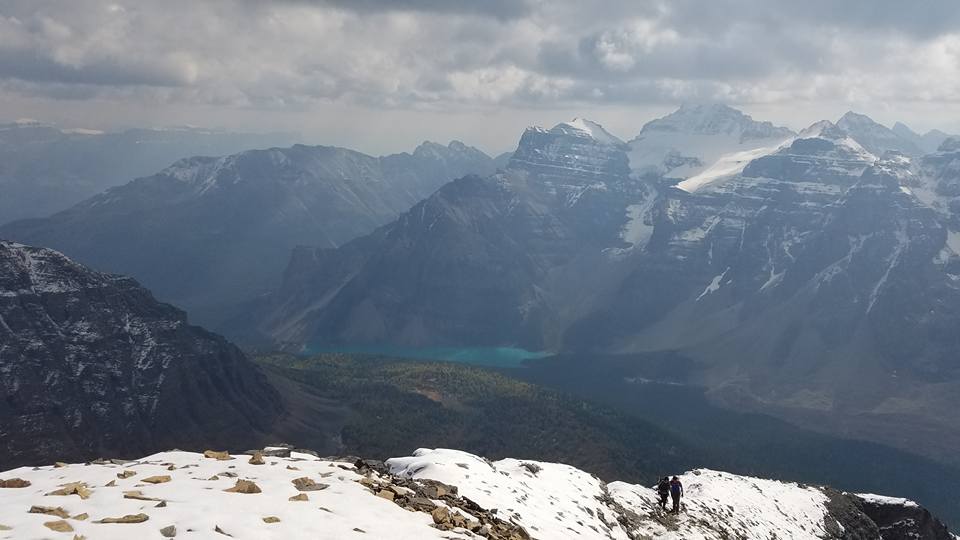 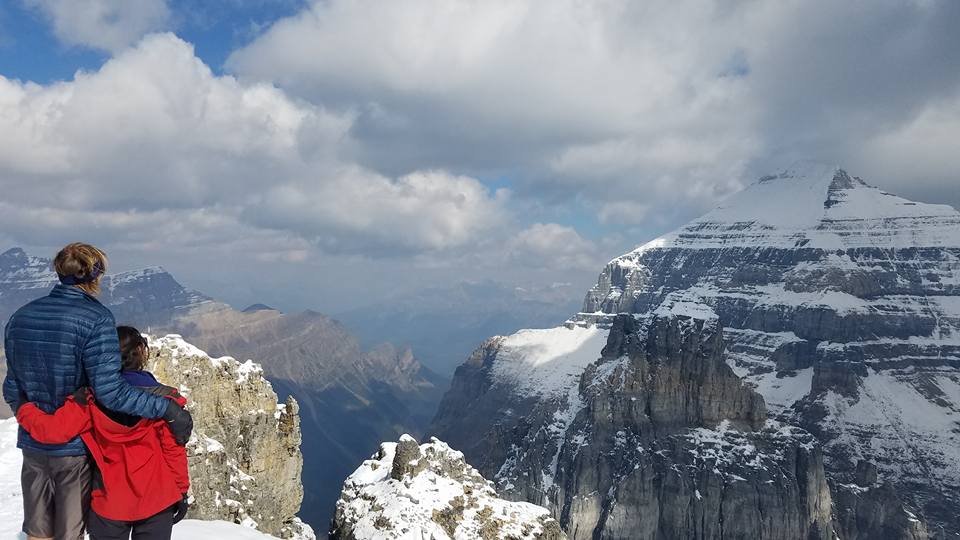 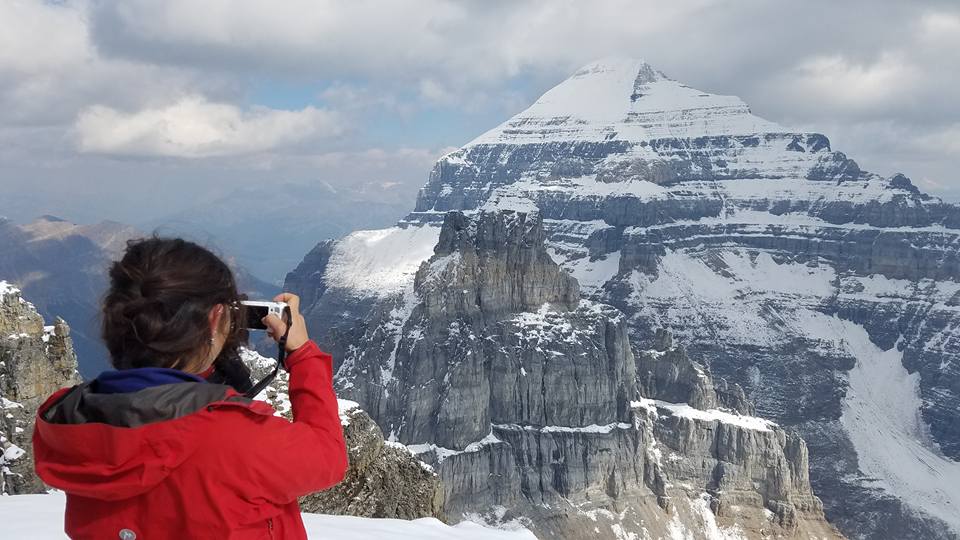 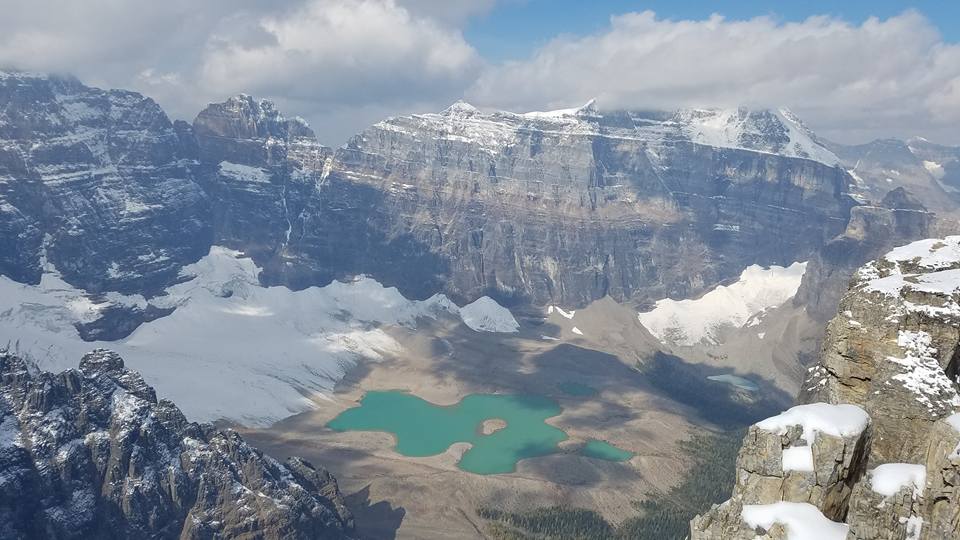 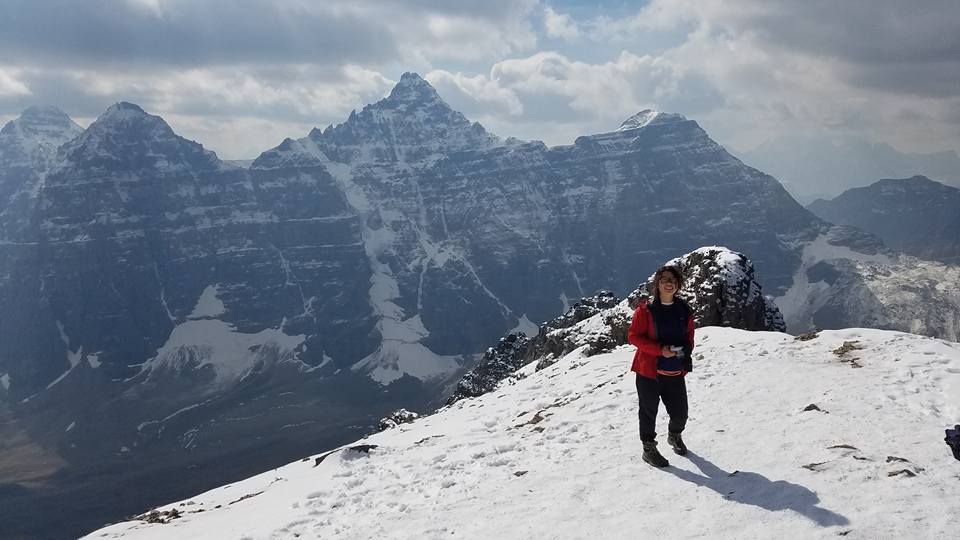 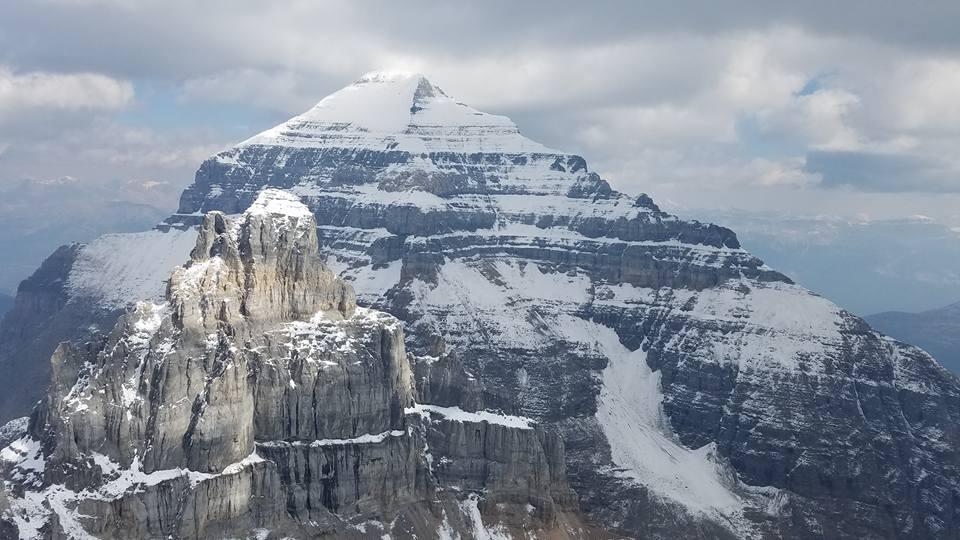 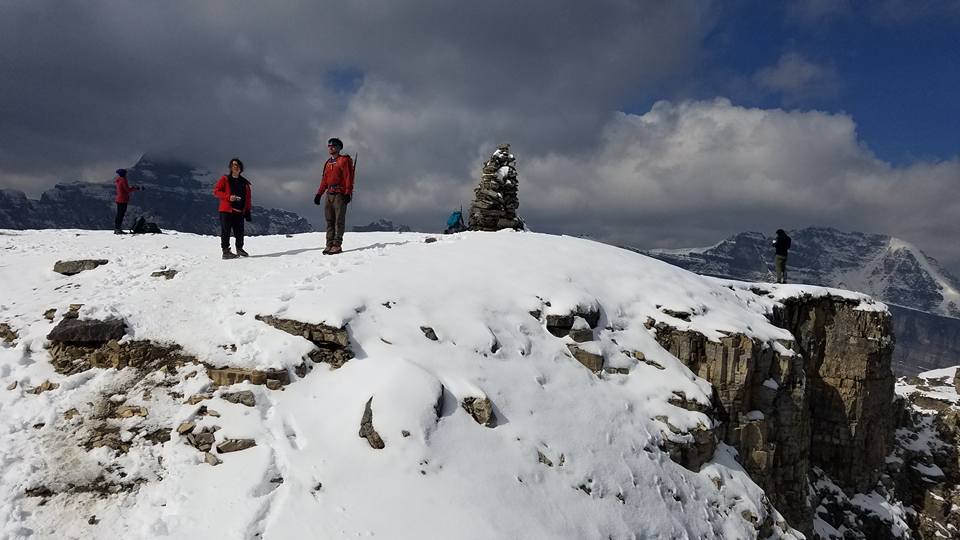 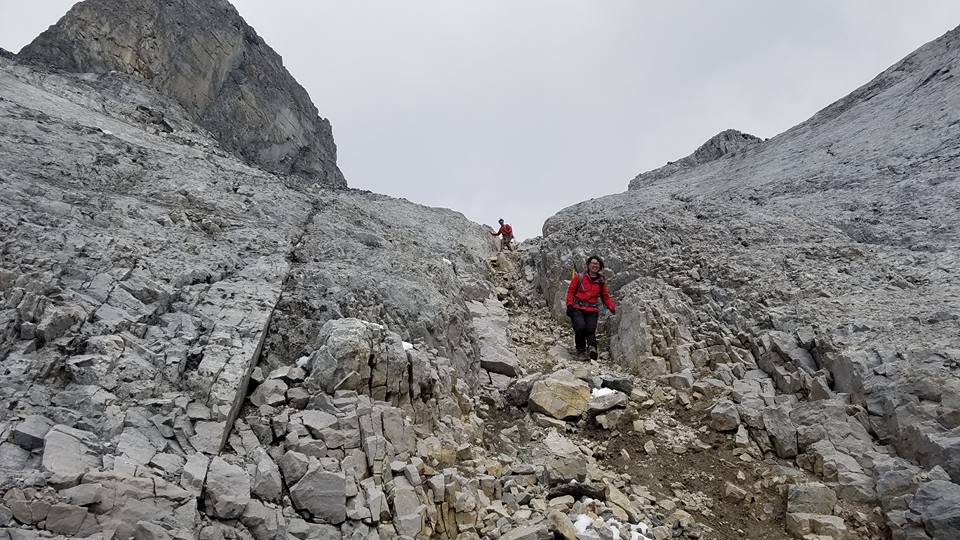 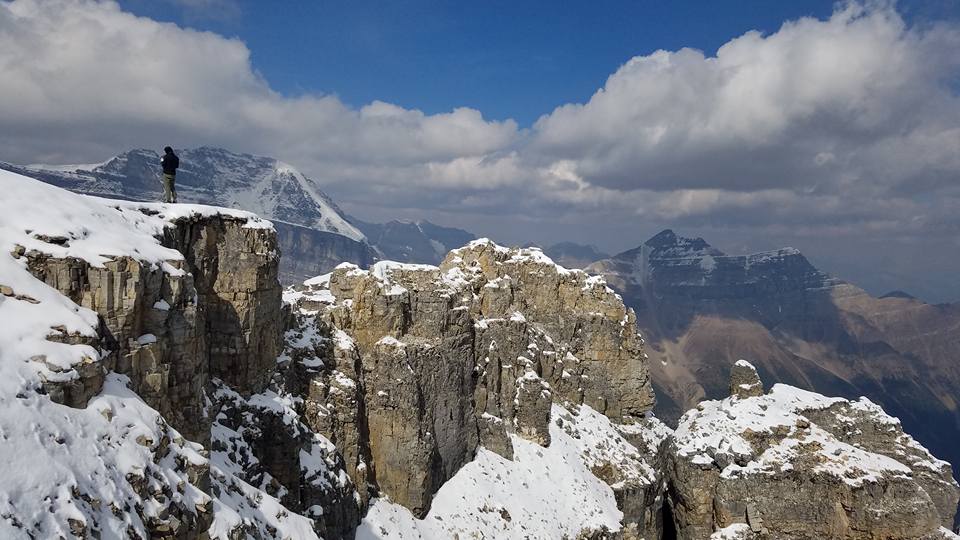