After hiking up Half Peak the previous afternoon, I crashed in my car somewhere along the San Cristobal Lake road, and at 5am started driving the rest of the way up to the Silver Creek/Grizzly Gulch Trailhead. I was hoping that since it was a Monday it wouldn't be so busy, but since it was the observed day off for Independence Day, it was indeed packed full. Luckily I was able to find a parking spot in the main lot. By 5:45am I was starting up the popular trail towards Redcloud and Sunshine Peaks. By an hour in I lost count how many people I passed. I made very quick work reaching the 13000 foot pass just NE of Redcloud Peak. Instead of turning right up towards Redcloud though like literally everyone else that day, I hiked left and headed east following a faint trail on the ridgecrest towards Point 13561. I traversed a short ways below this peak on its south side, then reached the saddle east of it, and continued around Point 13832 (the trail didn't go over the top, and I wanted to make sure I got the further peak first since storms were in the forecast).

I descended down to the low saddle between 13832 and 13811 and as fast as I could ascended the 570 feet to the top of Point 13811. The entire traverse was mostly class 1 game trails with bits of class 2 scree. I then started back, tagging Point 13832 on the way and was back at the pass below Redcloud before 10am, then back at the trailhead a bit before noon. Overall these peaks were not super interesting, but the solitude and early morning light were nice, especially with all the small yellow sunflowes all over the place above treeline! The photos were very scenic. 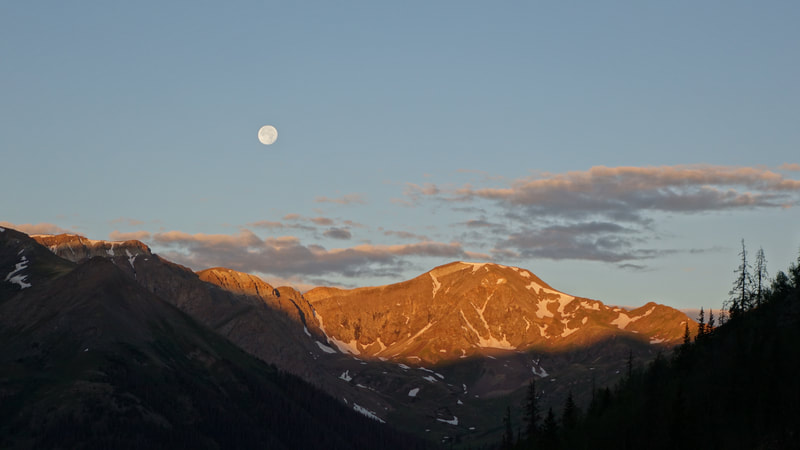 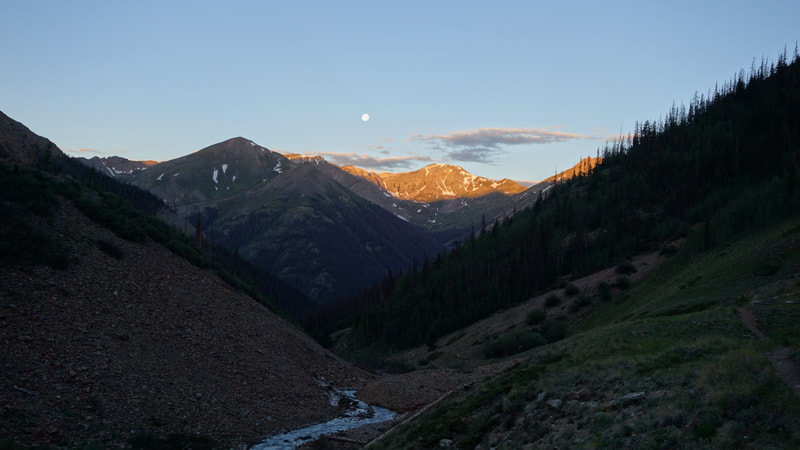 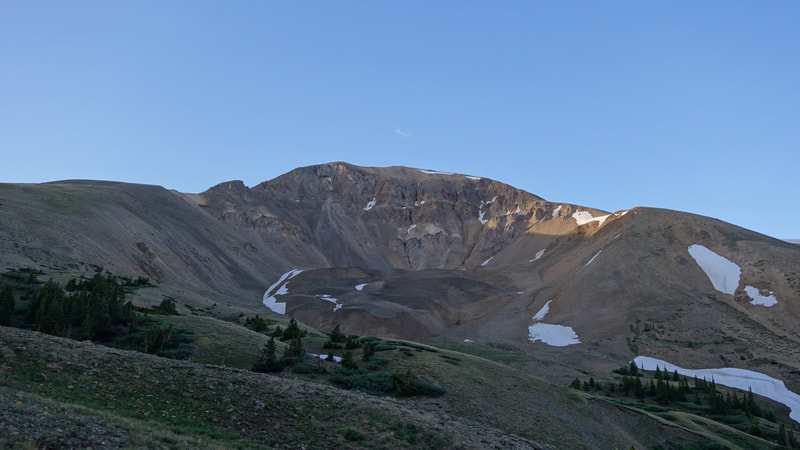 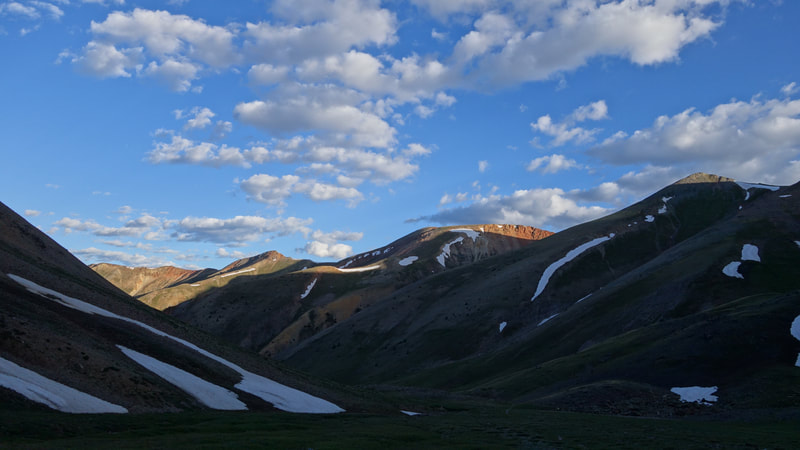 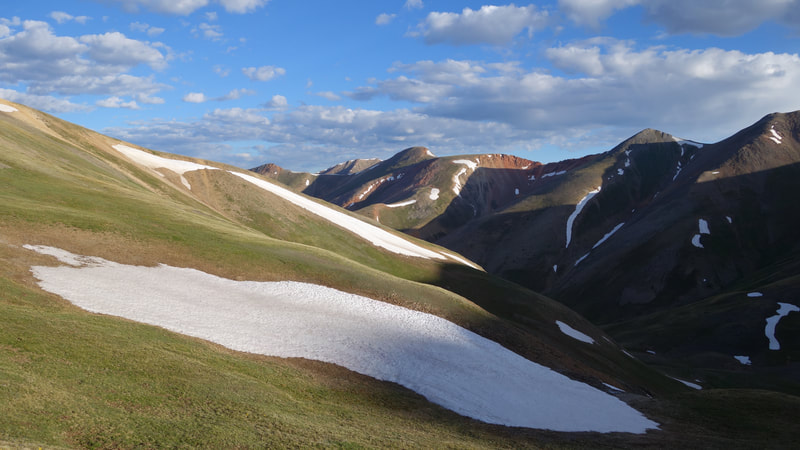 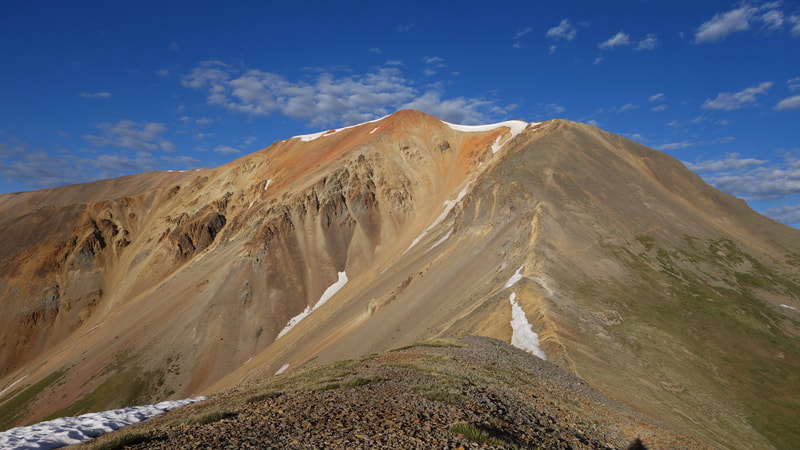 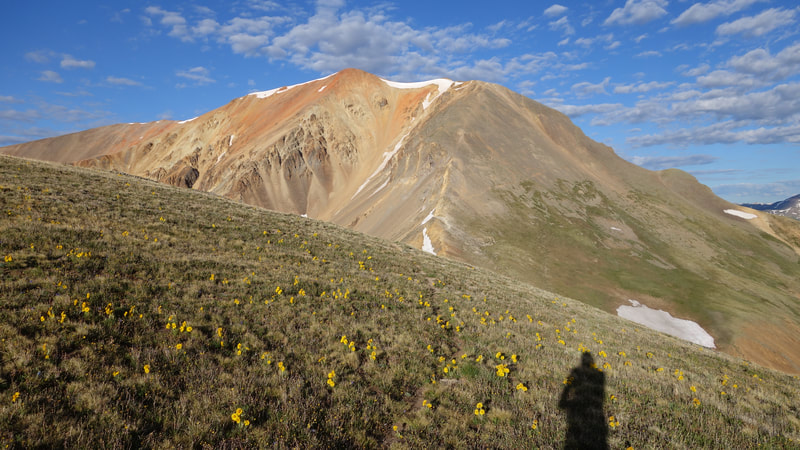 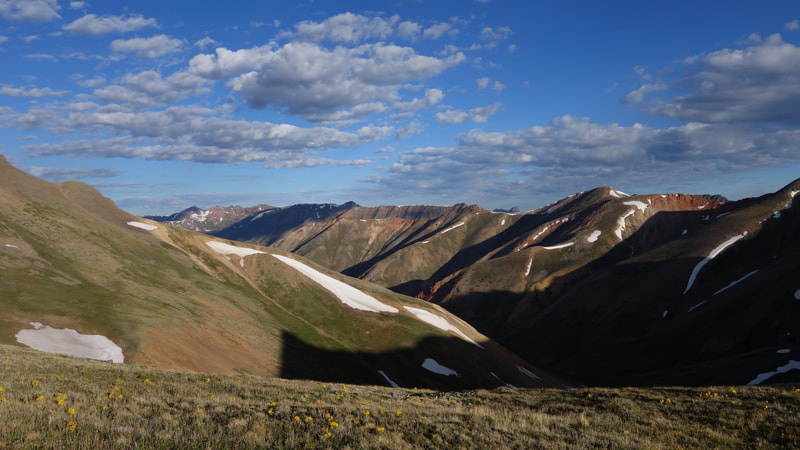 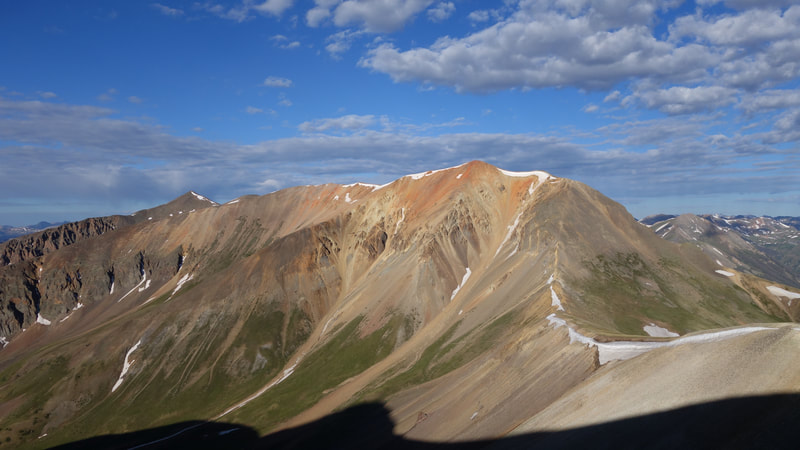 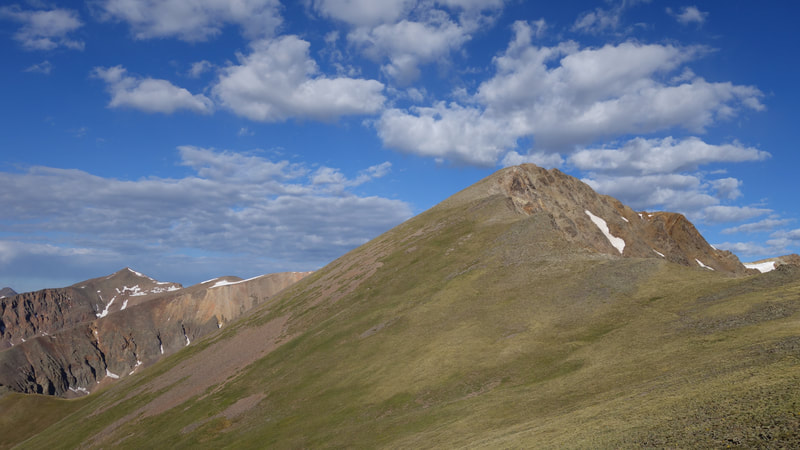 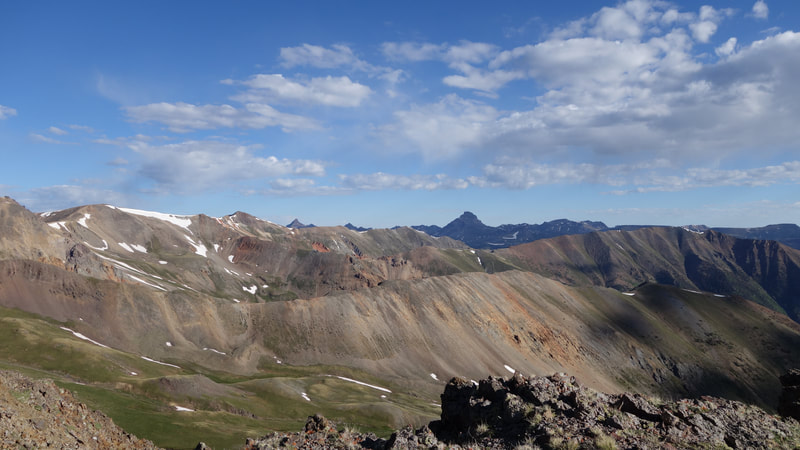 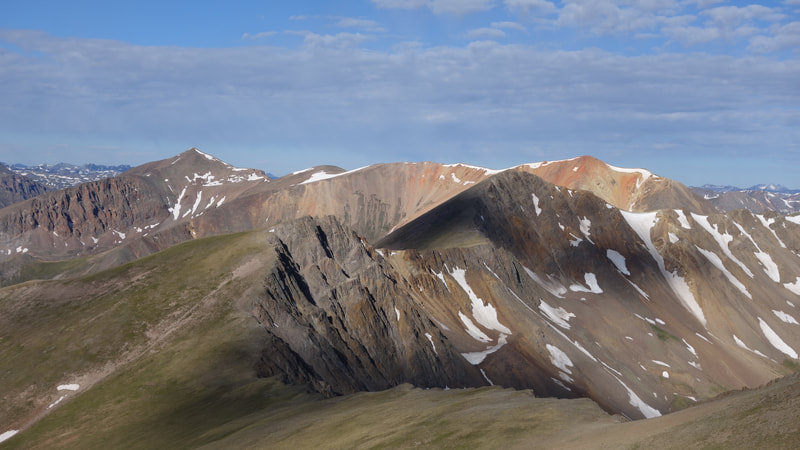 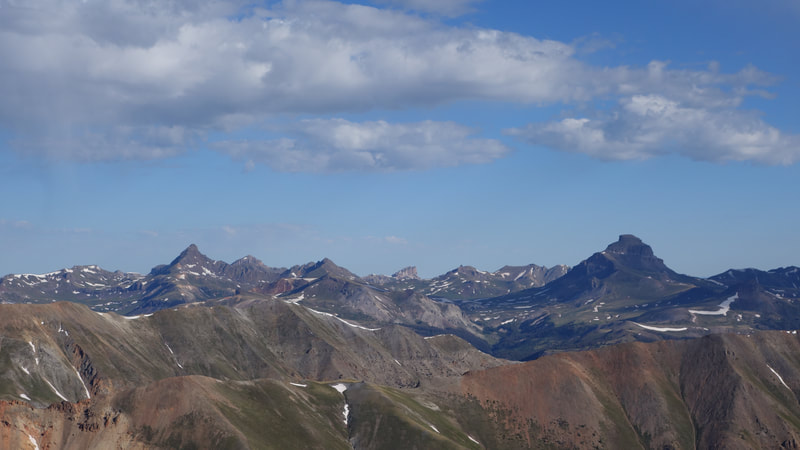 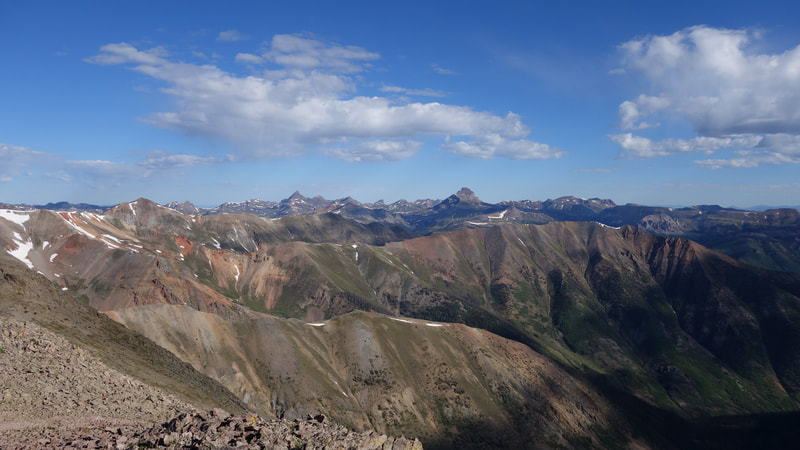 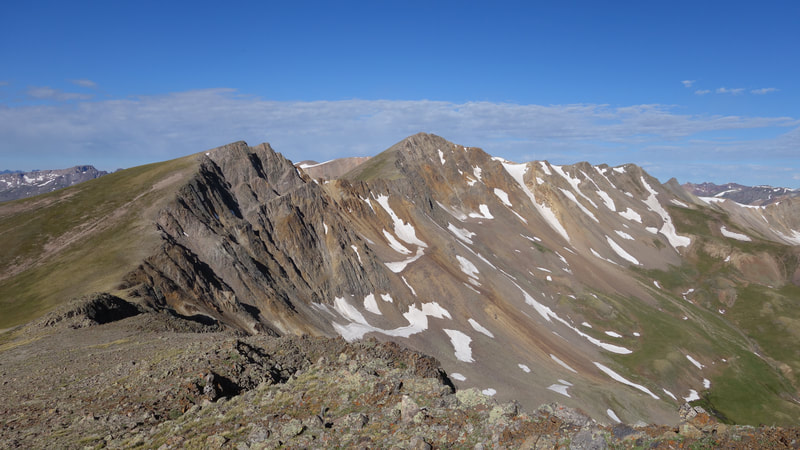 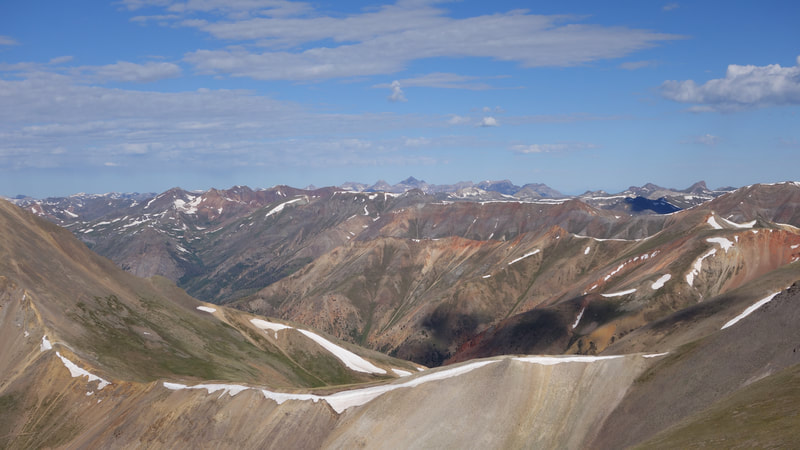 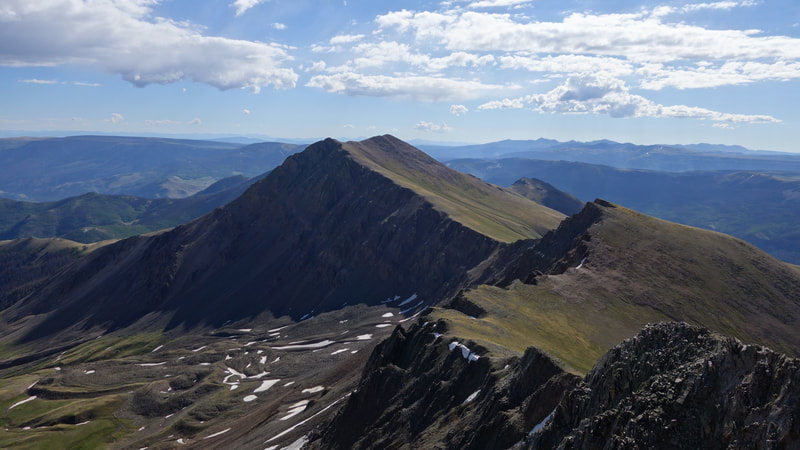 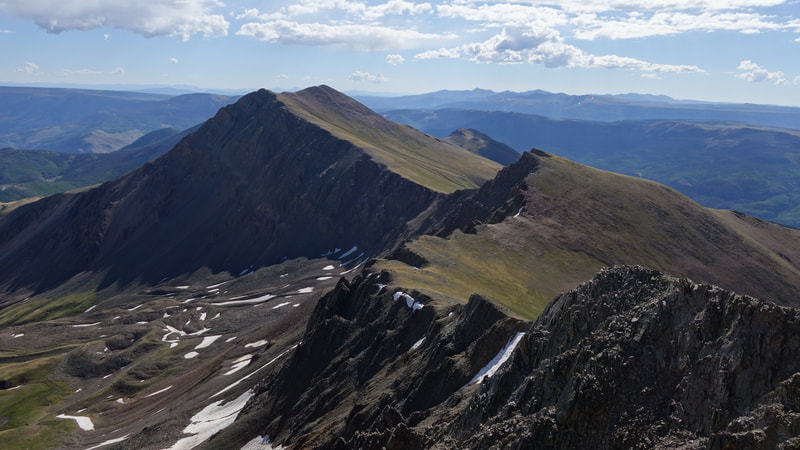 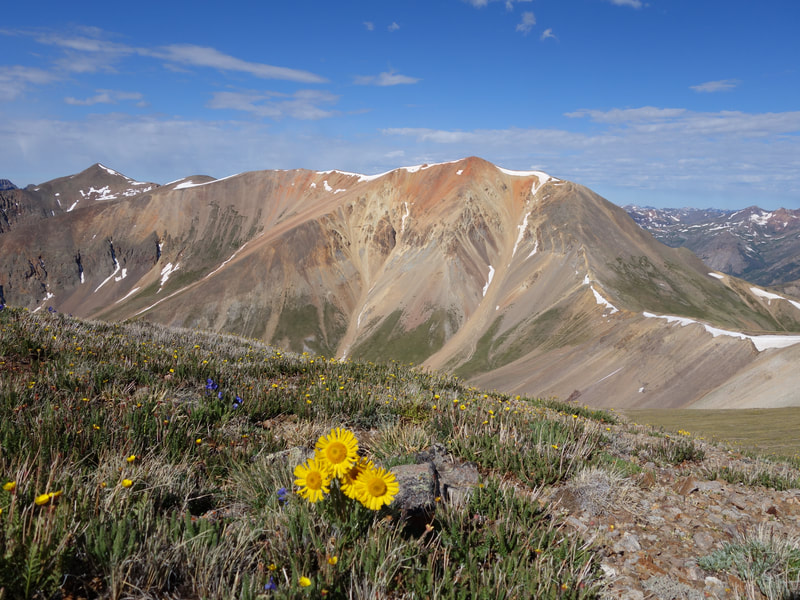 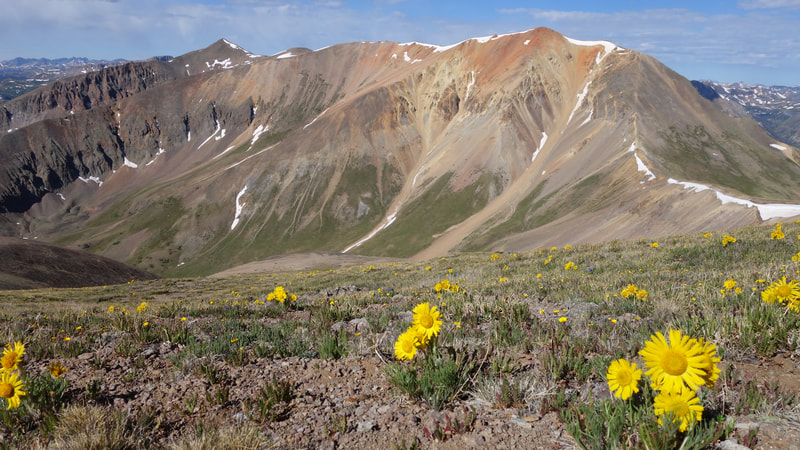 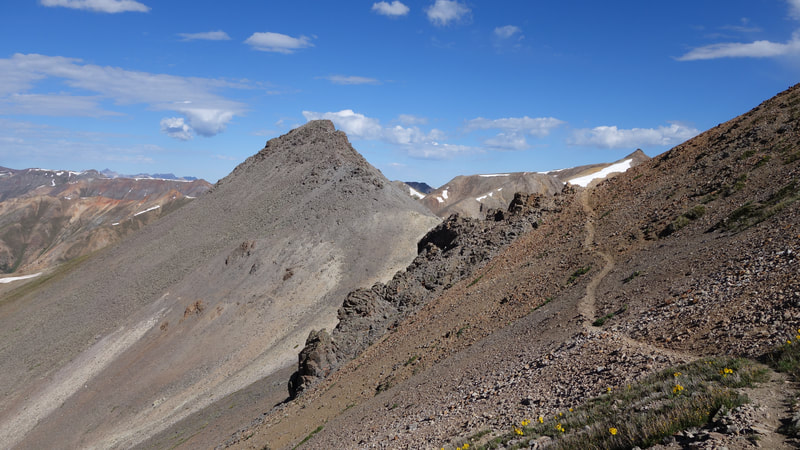 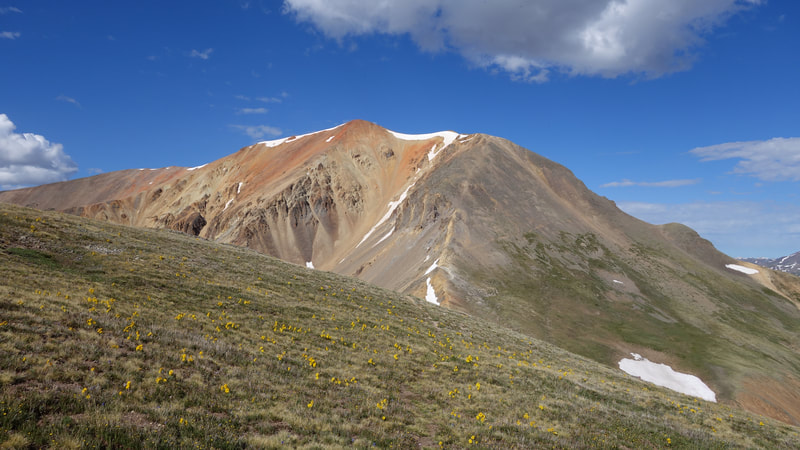 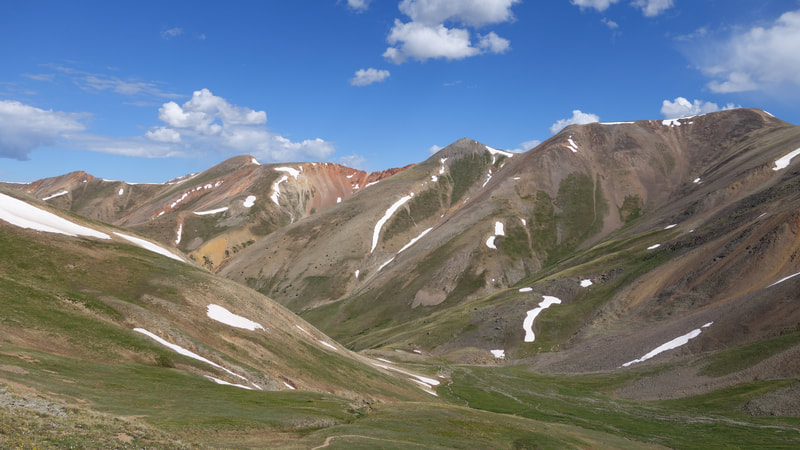 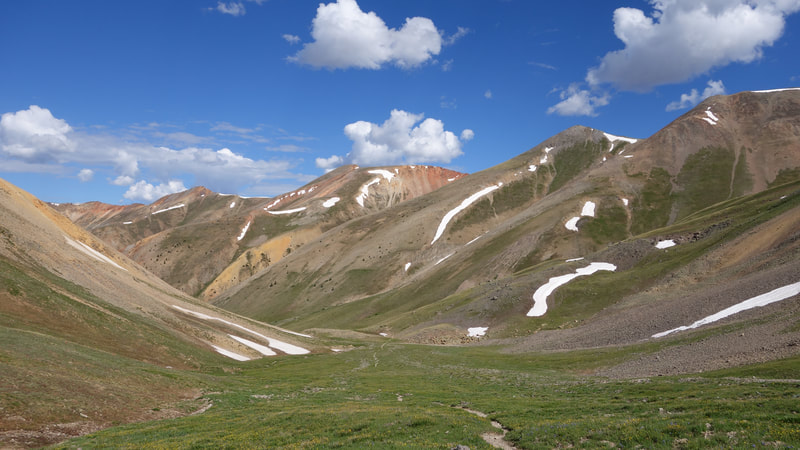 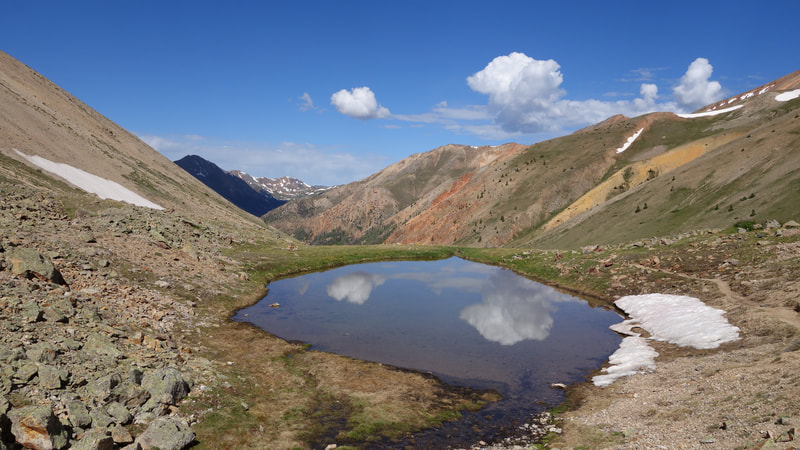 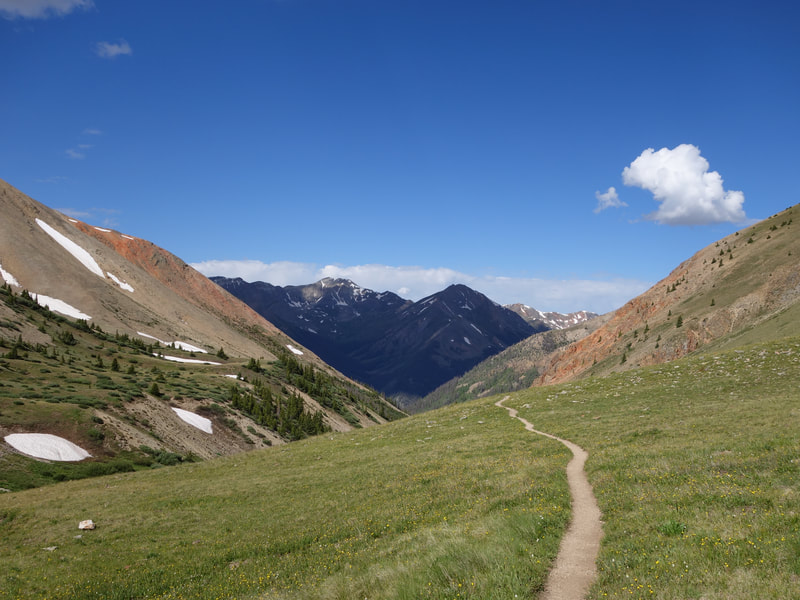