While driving south through Oregon, Jayme and I planned to visit Crater Lake National Park, which we arrived at just a couple days after climbing Three Fingered Jack. Unfortunately the air was very, very smoky from dozens of wildfires, one of which was burning just a handful of miles away. Luckily we could at least see the lake though and made the loop drive around the crater. The scenery was great with lots of awesome overlooks and interesting geology. I picked out many individual lava flows in the cliffs above the lake, some of which cooled very fast evidenced by the glassy obsidian like sheen of the rock. We resisted taking any of the rocks home though and when we reached the Mount Scott Trailhead we parked among 100 other cars and started up the easy trail to the top of the highest point in Crater Lake National Park.

It was very hot and we saw many people but the hike was a nice way to get some exercise and break up the driving. The trail switchbacked up and reached the awesome fire lookout tower on the summit. Views were obstructed by smoke but I had fun climbing up on the tower and trying to catch the chipmunks. If anyone is trying to reach the highest point of all the national parks, this would be an easy one to do!

After hiking back down, we decided to grab some food and wait for the sunset over the lake, however as we ate, the smell of smoke suddenly became significantly stronger and shortly afterwards, we heard a bunch of sirens. Apparently, yet another forest fire sprang up just a couple miles away. So we quickly drove back up to the crater rim and while we were watching the sunset, the smoke from this new fire blows right up the slopes and cascades down over the lake, completely blocking it from view! I had seen this happen with clouds before but never smoke. With sirens continuing at sunset, and an apparent desparation among firefighters to put the new fire out, we decided to get out in case they needed to close any roads. We continued driving south in the dark and just beyond the border crossing into California we camped at a small pullout within Lava Beds National Monument. 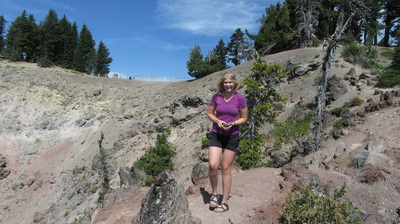 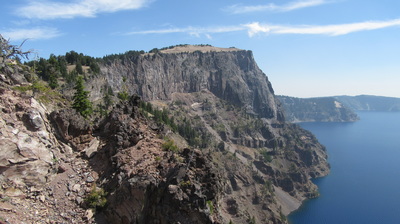 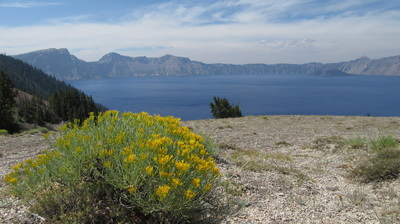 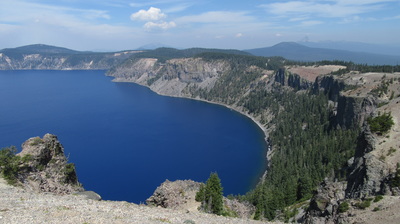 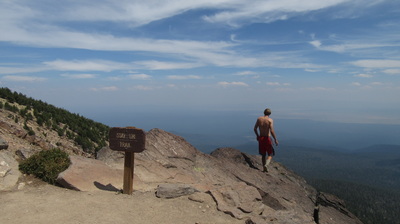 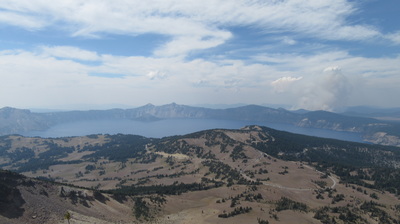 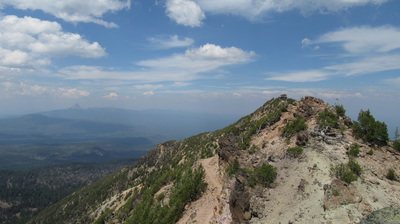 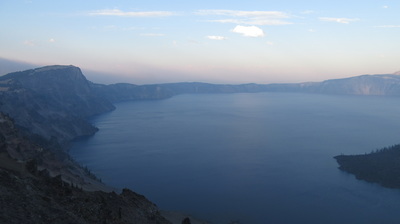 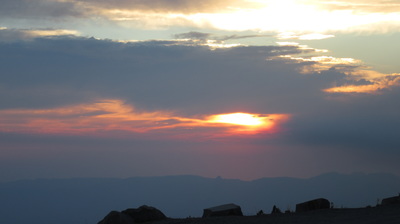 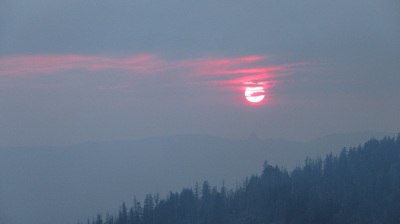