This was a nice day trip with Josh that I did after I left Los Angeles and drove back to WA. I was really on my way to Alaska but decided to stop in WA for a few days. The weather was great and I wanted to hike something and since both Josh and I have had multiple failed attempts on Mount Forgotten we decided to give it another shot. I picked him up in Lynnwood early and we made the easy drive up the Mountain Loop Highway to the Perry Creek Trailhead. Much complaining was needed when we got to the old road that was blocked off long ago. Regardless, we started hiking up and along the trail. We didn't hit snow until about 400 feet before the meadows at which point I realized I forgot my sunglasses. I would be forced to hike across the snow covered meadow with my eyes closed half the time. When we hit the drop off, there was a vertical cornice of about 10 feet blocking our path but we managed to find a route down past a few trees and proceeded to glissade 300 or so feet down to begin the traverse towards Mount Forgotten.

The traverse was a little scary at times and very steep side-hilling we had to navigate. Josh wanted to go lower but my stubbornness against losing any more elevation made me stay as high as possible. We eventually reached the back side of the peak and made the final 200 feet to the summit up its northeast flank. Views of Sloan Peak were especially amazing as I remembered back to the last summer when I climbed the west face of that amazing mountain. Here in May it was still decked in snow making it super ominous looking.

After a quick snack we made quick work of the traverse back, going lower this time. The 300 foot re-ascent wasn't too fun since the snow was getting very soft under the heat of the bright sun. Once back in the trees we ran most of the trail back down to the old road. By 2pm we were back at the car. 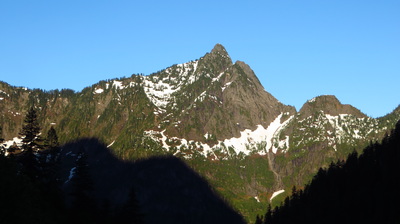 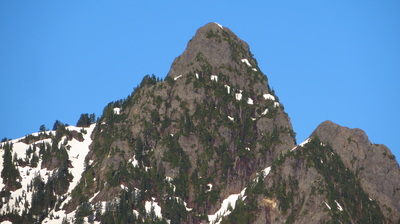 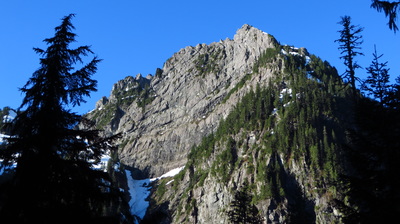 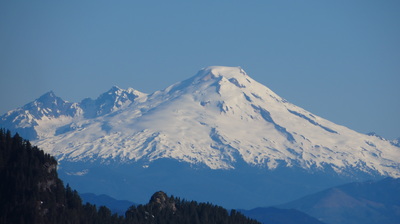 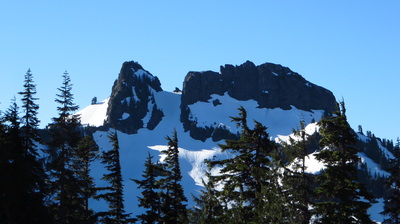 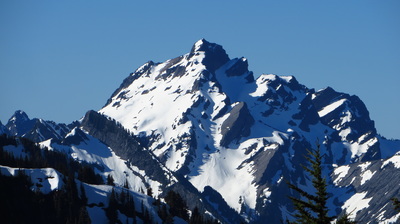 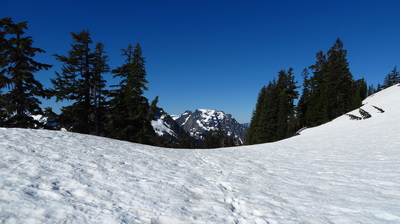 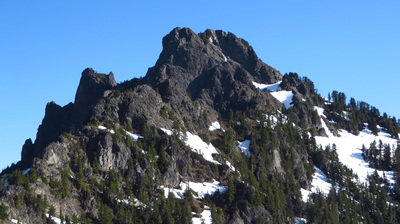 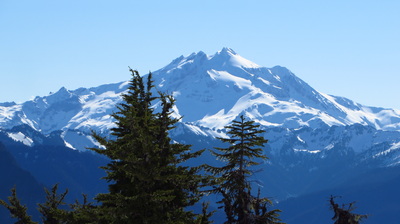 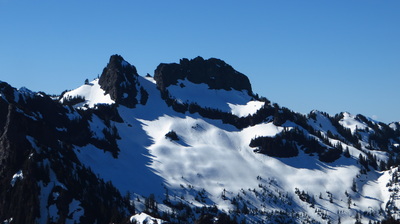 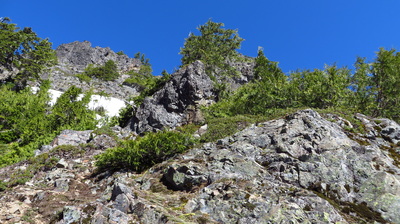 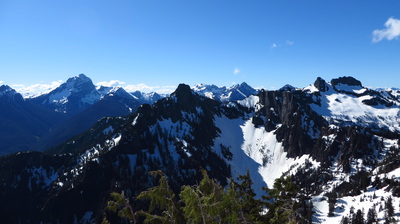 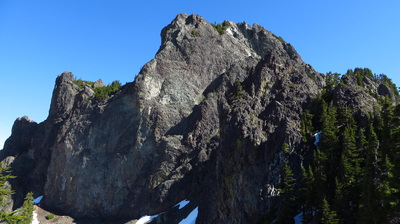 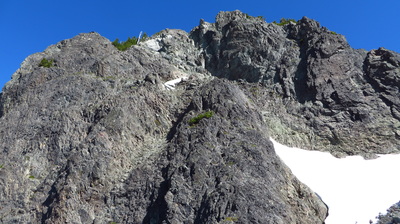 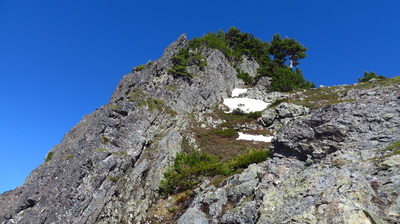 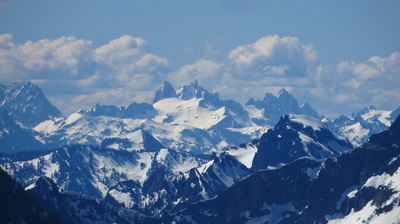 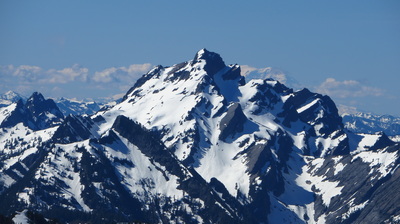 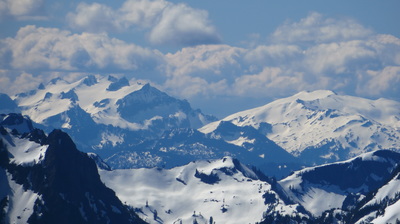 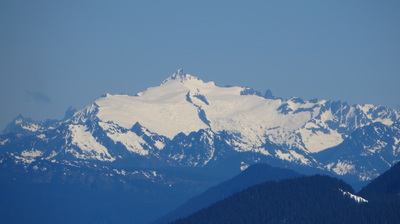 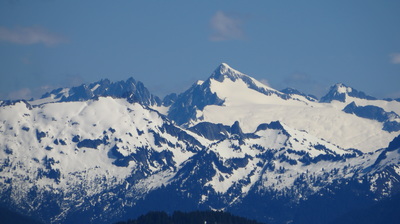 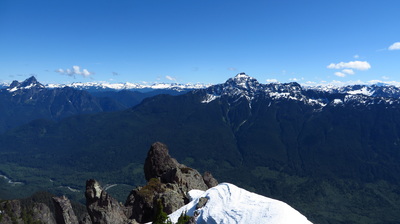 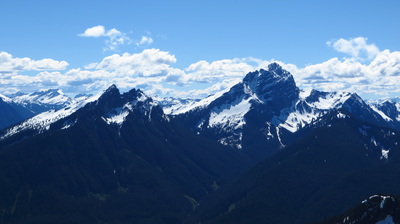 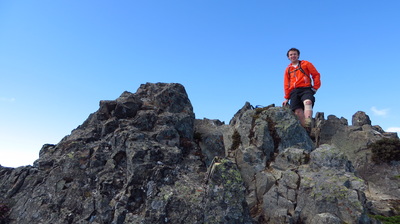 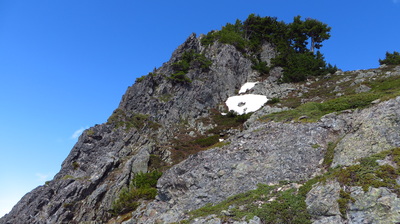 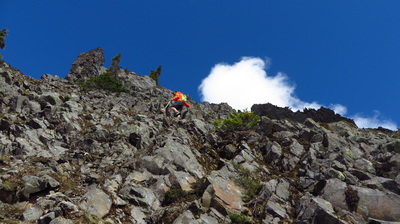 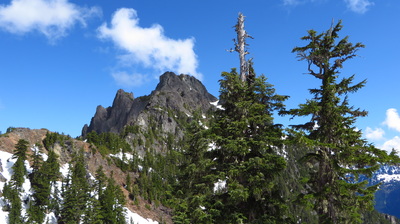 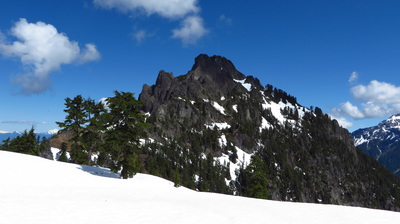 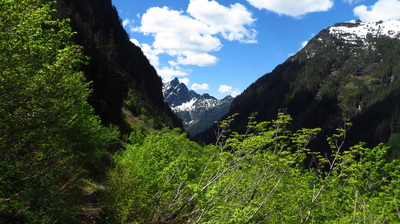